When it comes to rule-breaking new cars, the ID 3 is right up there.

It’s Volkswagen’s next-generation electric hatchback, and it’s one that the firm hopes will take EV ownership right to the heart of the mainstream. As you’d imagine there’s a lot to learn about it, so let’s dive in and take a look.

If it’s technology you’re after, then the ID 3 will more than tick the boxes. It’s set to come with an augmented reality head-up display, which allows a projection to be displayed on a large proportion of the windscreen. It’s being included to help with elements such as navigation, though launch cars in the UK won’t get it - later models will be the first to receive it. It’s worth hanging in for, however.

Volkswagen has also included a comprehensive voice command system in the ID 3, which is capable of controlling a vast number of features in the car. 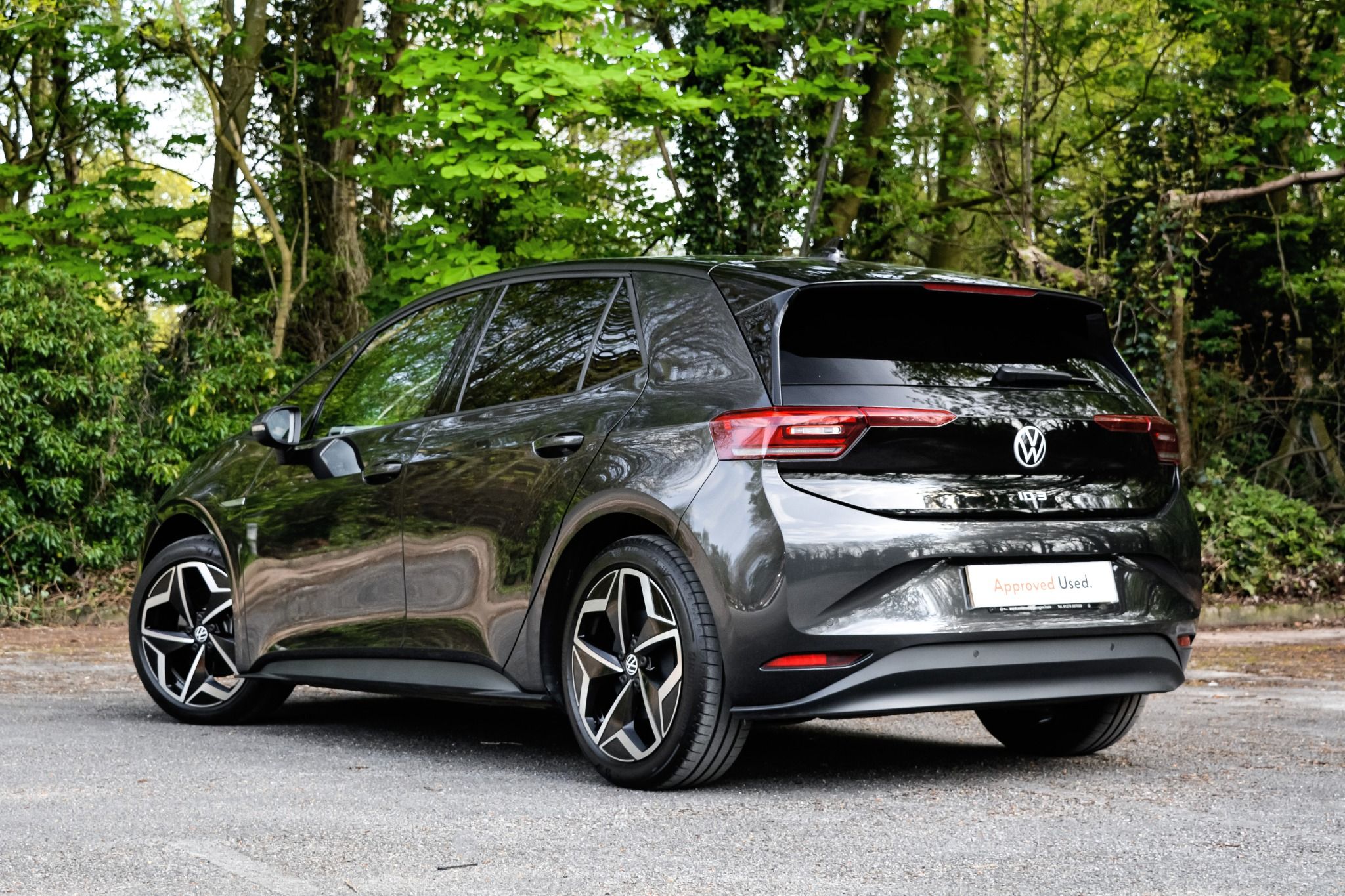 If you’ve seen the cabin of the latest, eighth-generation Golf then the ID 3’s interior will be instantly familiar. It shares much of the same architecture and design, in fact, which means the cockpit is dominated by screens, which replace the vast majority of buttons you might be used to finding.

Because it lacks a regular transmission, the centre of the car is free to be used for storage - so there are cupholders and deep storage bins where you’d usually find the arm rest. It should help to keep the ID 3 clutter-free.

The exterior design of the ID 3 is a wonderful blend of concept-car looks and current Volkswagen vehicle styling. The front LED running lights seem to lead directly into the front ‘grille’ - the ID 3 doesn’t need a conventional grille as there’s no engine to cool - while large alloy wheels help to give it a lot of presence.

Around the back, the ID 3 looks exceptionally close in design to the Golf, but that’s no bad thing - we like the look of Volkswagen’s well-known hatch - so we’re inclined to say the same about the ID 3 too.

A new kind of motion

Though more motor options are due to arrive later on, the ID 3 is being launched with just one powertrain choice and that’s a 201bhp version which is capable of returning a claimed 260 miles. There’s due to be a larger battery version arriving later - and this will return more than 300 miles from a single charge - but even this mid-range ID 3’s range is enough for most journeys.

It’ll accept a 100kW DC fast charge too, which, Volkswagen says, is enough to add 180 miles of range in just 30 minutes. 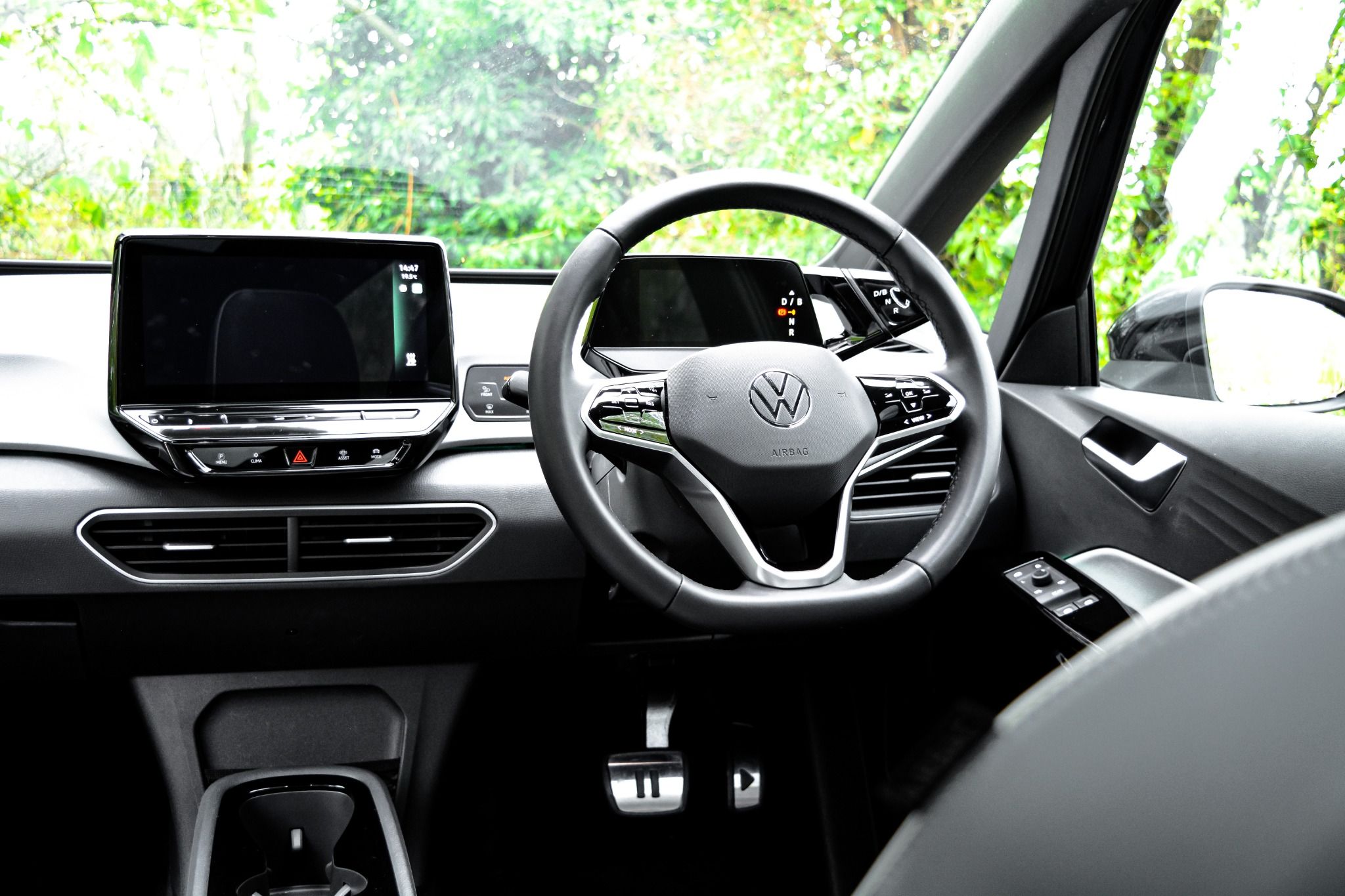 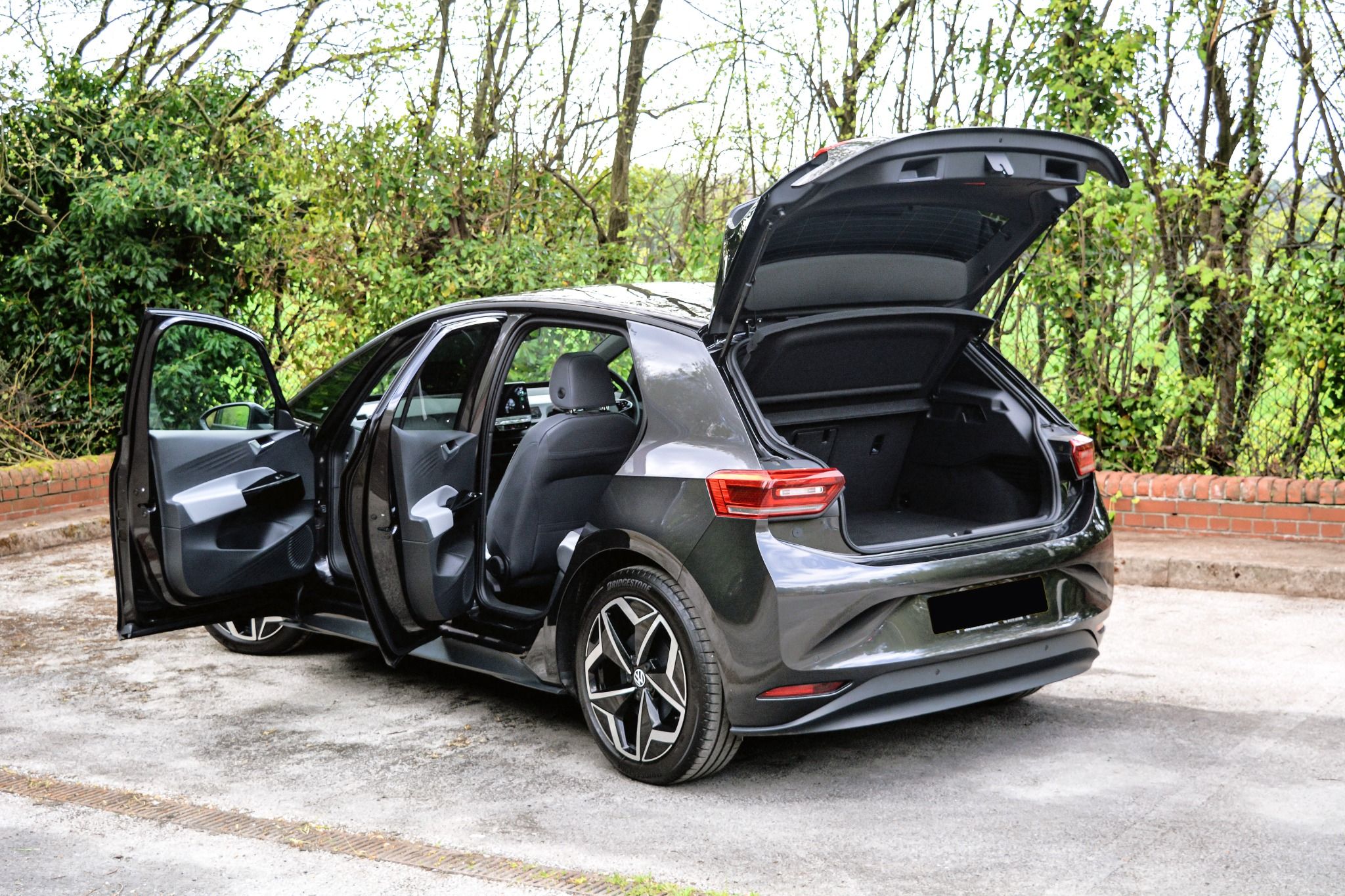 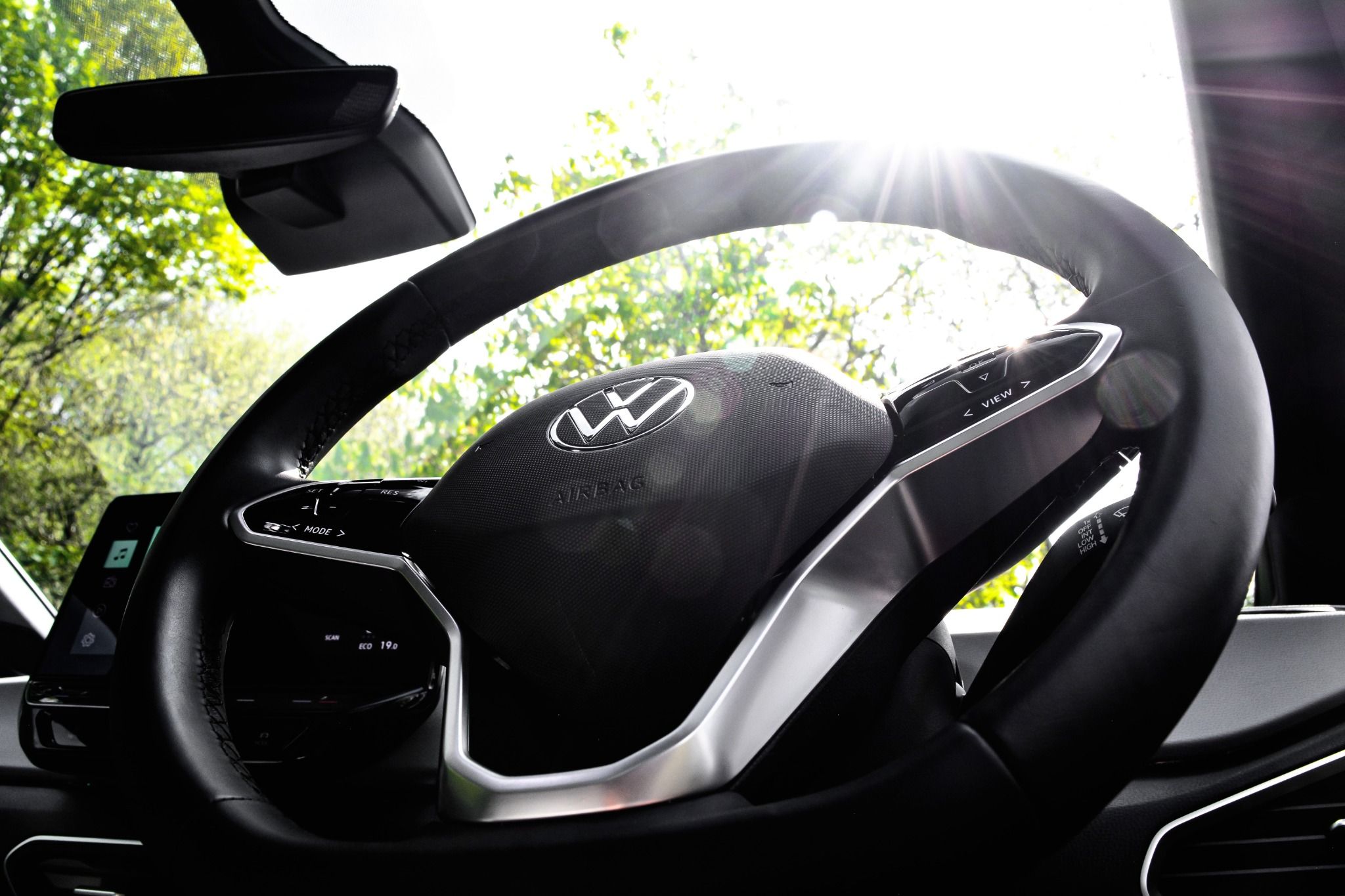 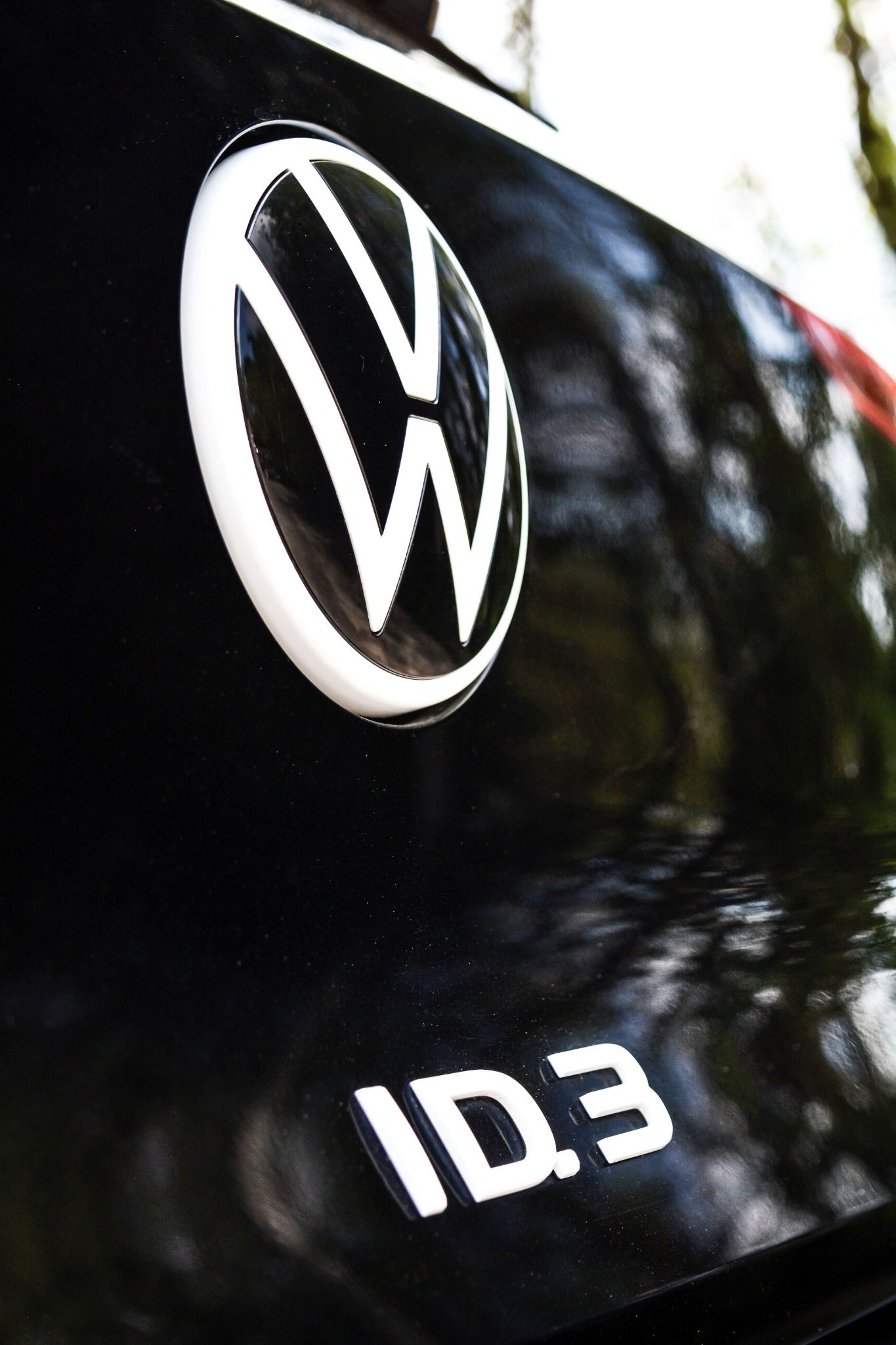 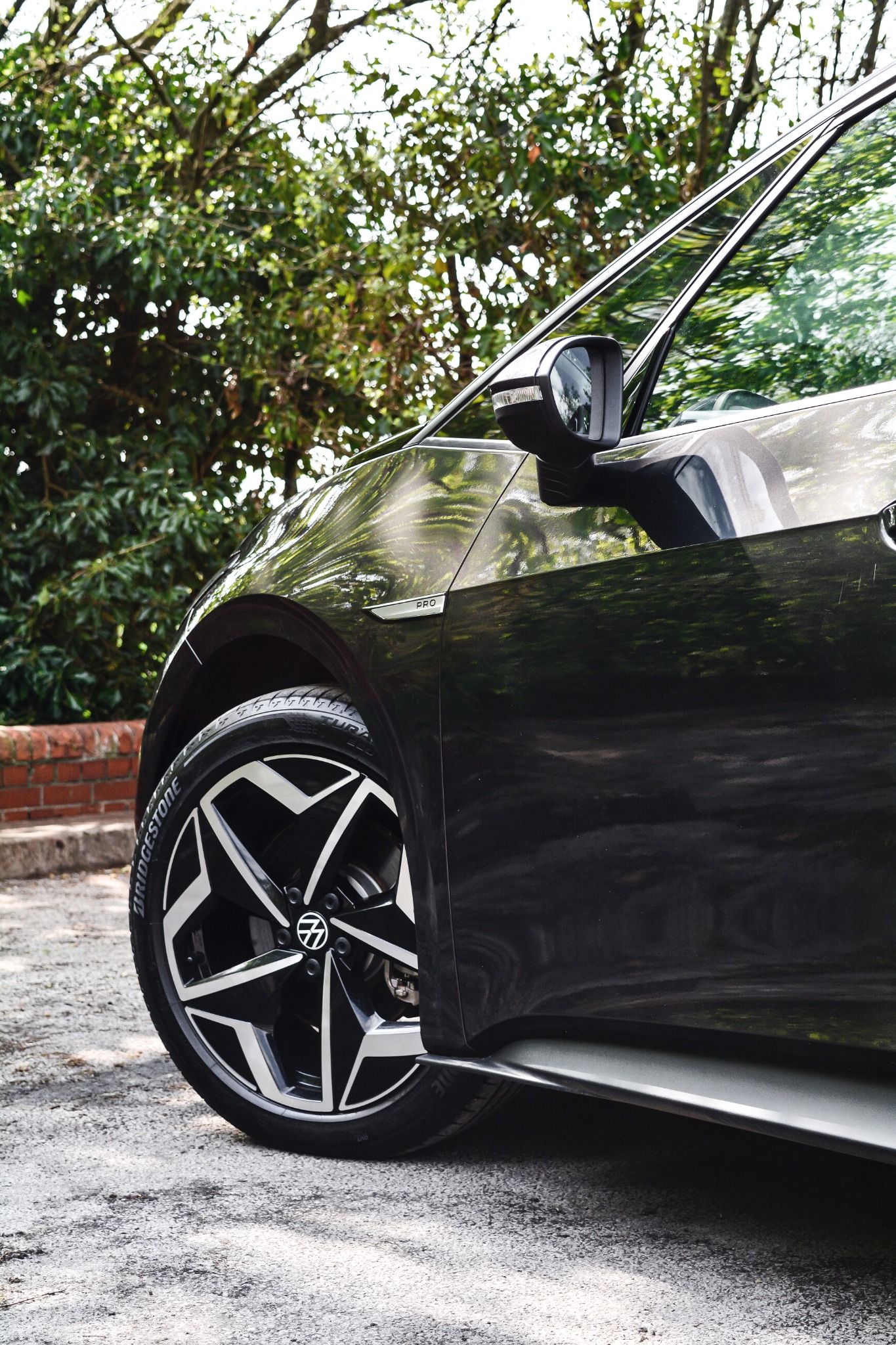 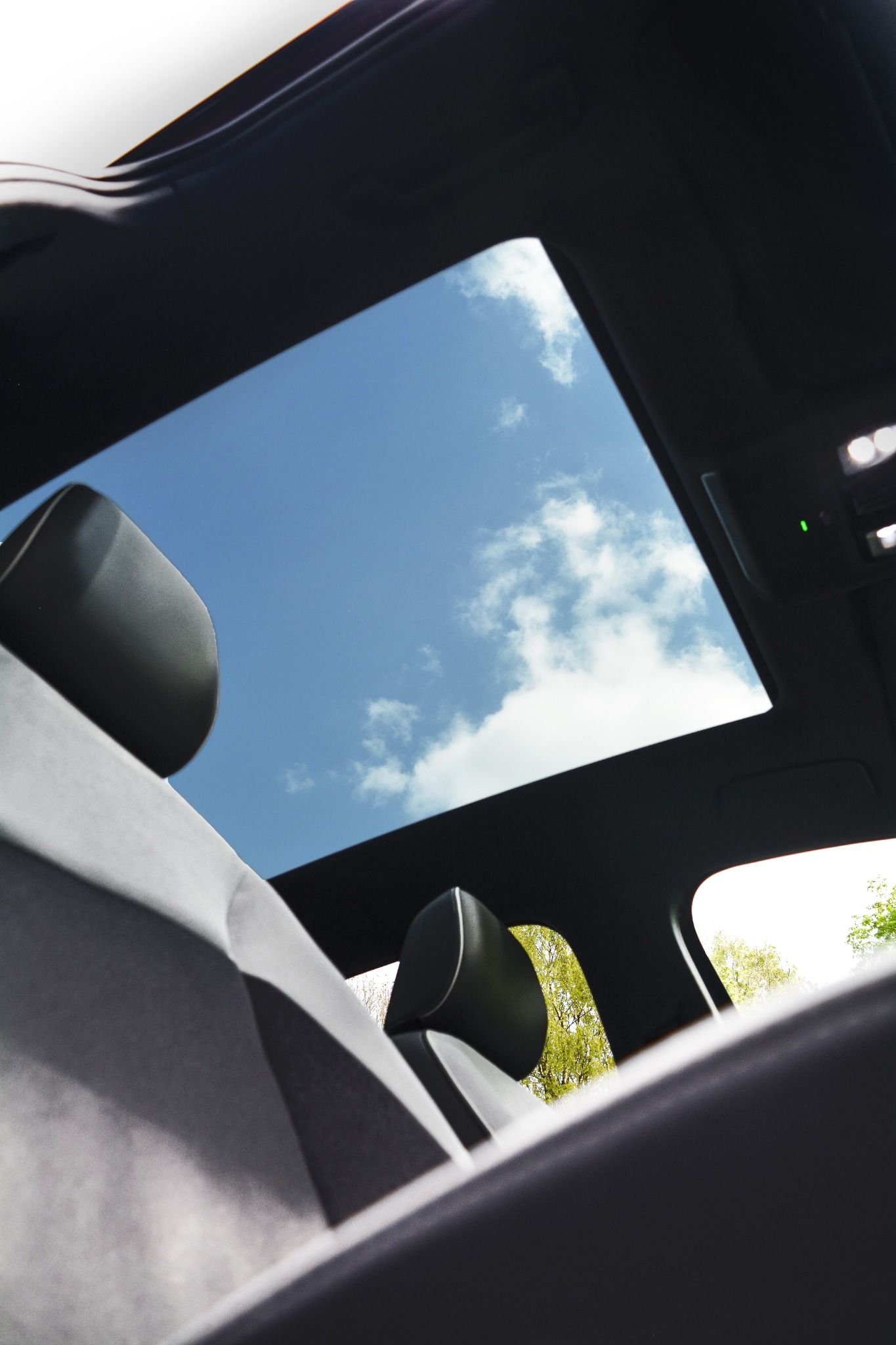 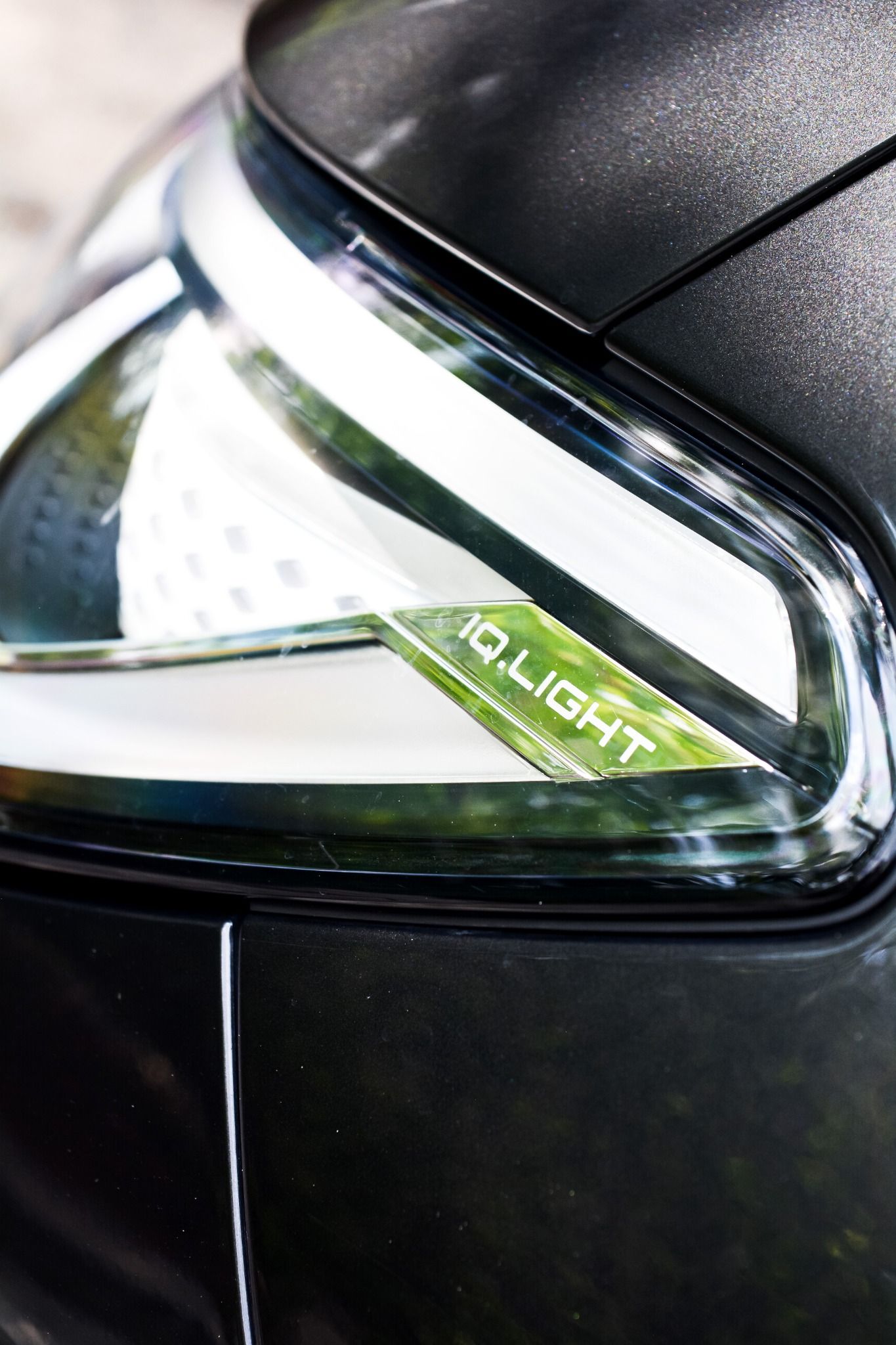 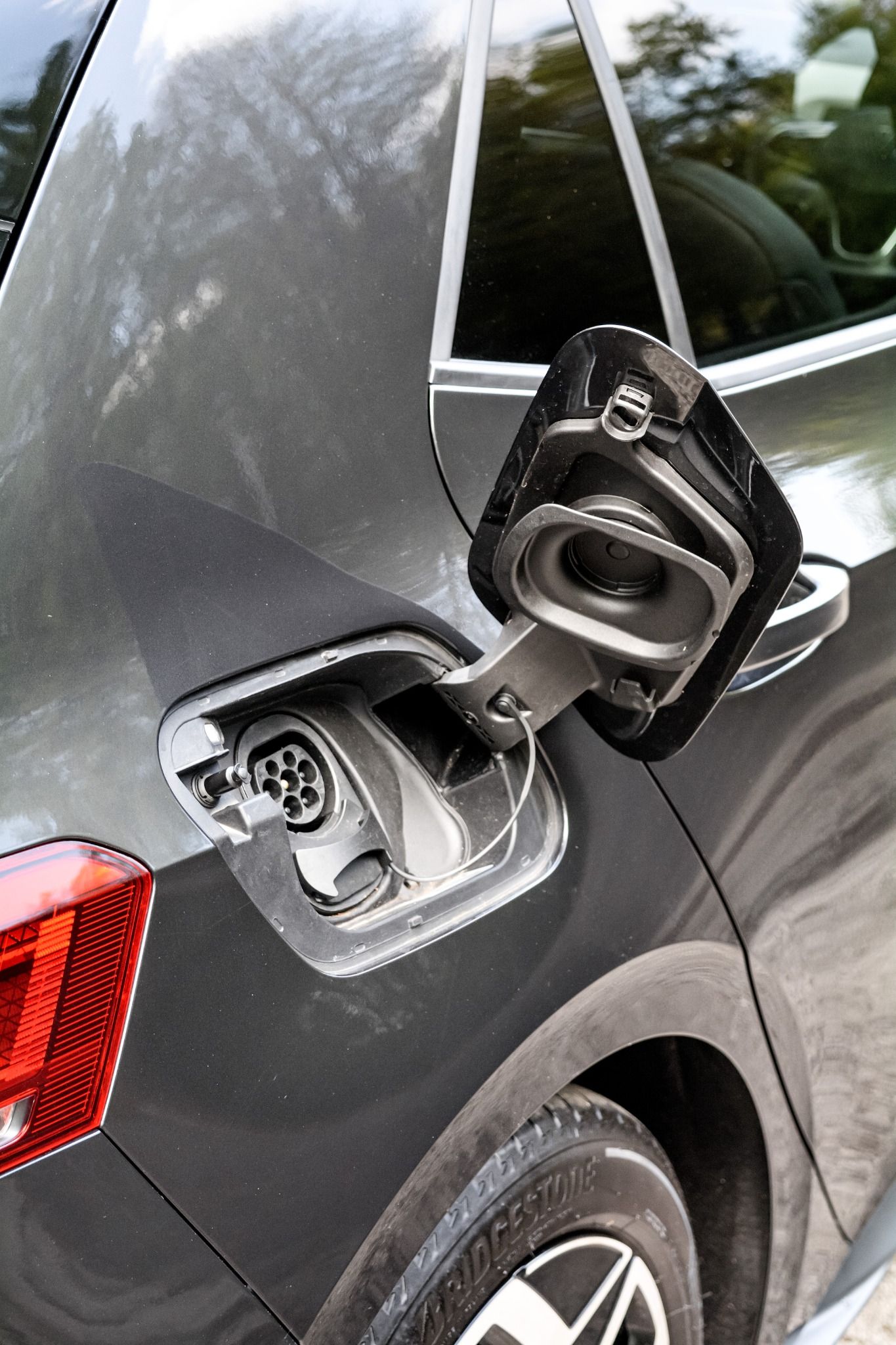 What trim levels are on the Volkswagen ID.3?

The question is, does the ID.3 deliver? We’ve been out behind the wheel to find out.

What is the Volkswagen ID.3?

You know Volkswagen is serious when it starts referring to a new model in the same breath as both the Beetle and the Golf. But that’s just how the company sees its first bespoke EV - the ID.3. It’s a big moment for Volkswagen, that’s for sure, as this latest car signals some real intent to move away from combustion engines towards a fully electric future.

The question is, does the ID.3 deliver? We’ve been out behind the wheel to find out.

Well, pretty much everything in truth. Though Volkswagen has produced electric models in the past - the e-Golf and e-Up! being two main highlights - this is the first time that it has produced an EV from the ground up, bringing a dedicated platform and a dedicated powertrain.

As such, the ID.3 brings all of the positives of an electric vehicle without the constraints of having to fit within an existing structure.

‘Our’ ID.3 was powered by a 150kW electric motor combined with a 58kWh battery, producing a healthy 201bhp and 310Nm of torque. Volkswagen claims that the package should return up to 260 miles per charge, while thanks to rapid charging a 0-80 per cent charge could take as little as 30 minutes when using a 100kW charger. However, if you’re planning to charge via a home wallbox, then you’re looking at around nine and a half hours for a completely full charge.

The ID.3 will also manage zero to 60mph in seven seconds and top out at 99mph.

As we’ve found with many other electric vehicles, the driving experience in the ID.3 has been designed to be as simple as possible. There’s no real need to use the key to get it started; all you need to do is sit in the car, click the side gear controller into ‘D’ and you’re away. It’s as simple as that - there’s not even a need to use the starter button.

There’s nippy performance to take advantage of, too, with the ID.3 rear-wheel-drive setup giving the car a certain nimbleness through the bends. It’s got that trademark electric punch from a dead stop, too, though it’s got more than enough shove at higher speeds too.

The only real issue resides with the forward pillars which are quite thick and tricky to see around. 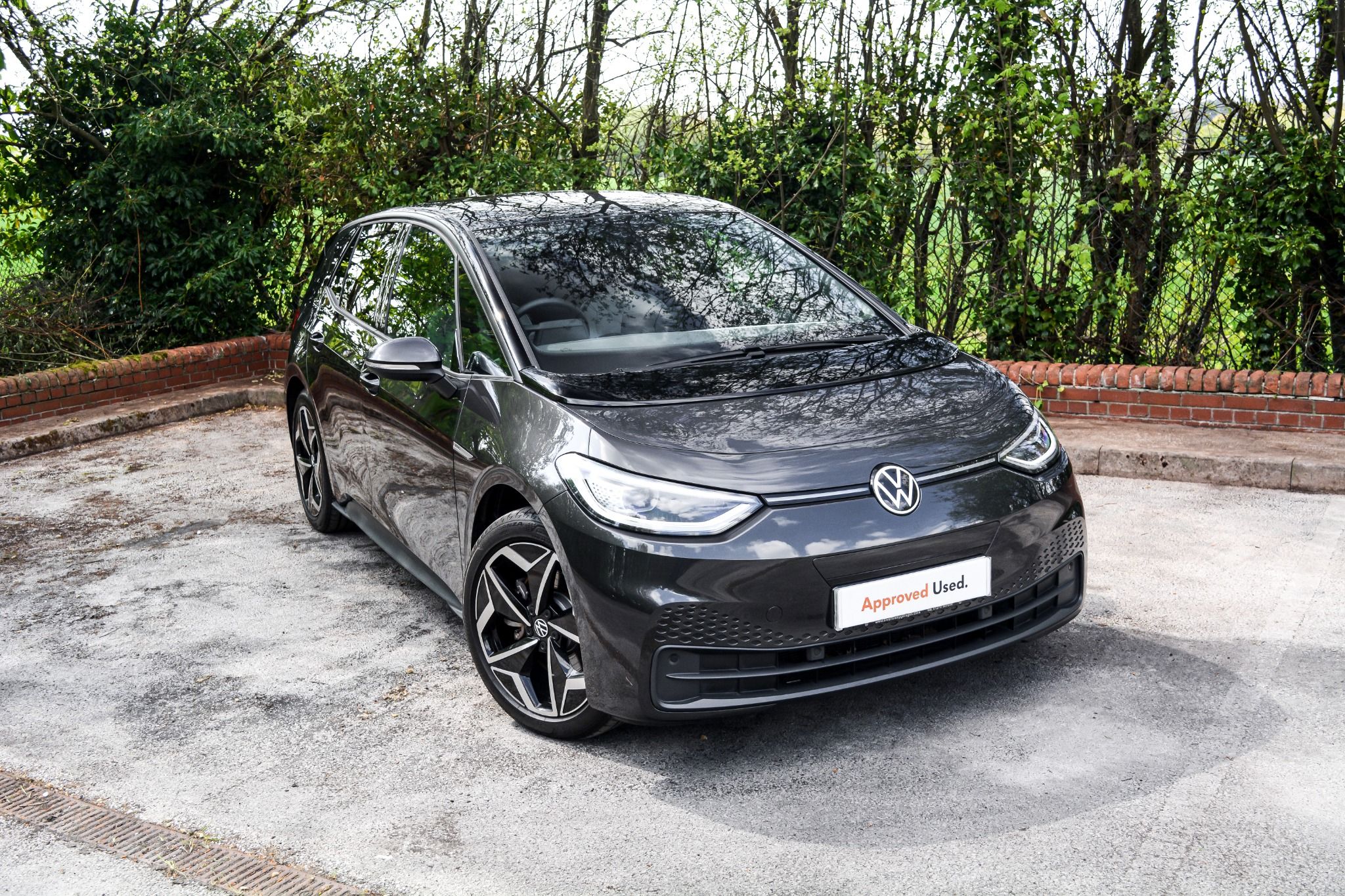 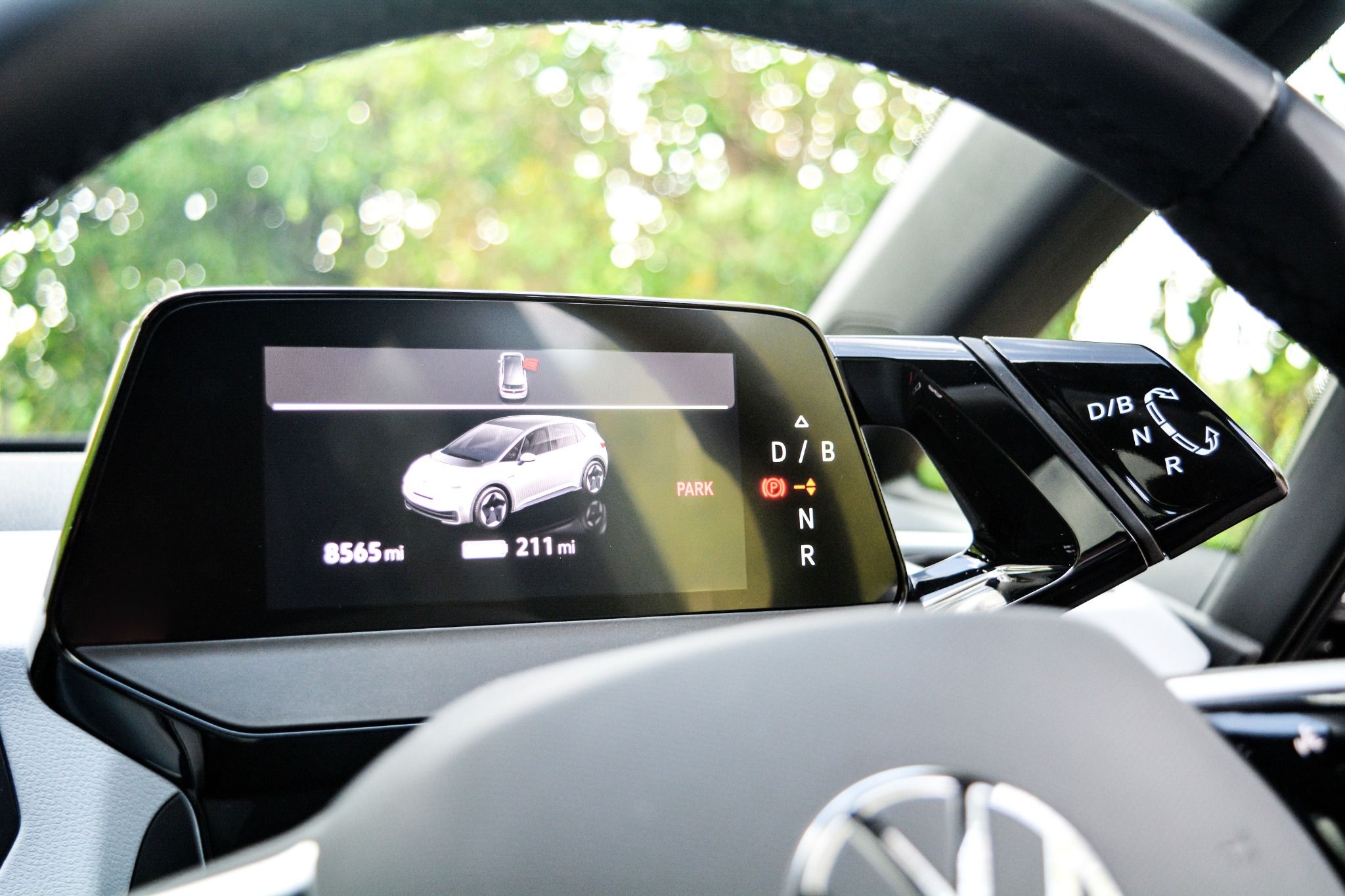 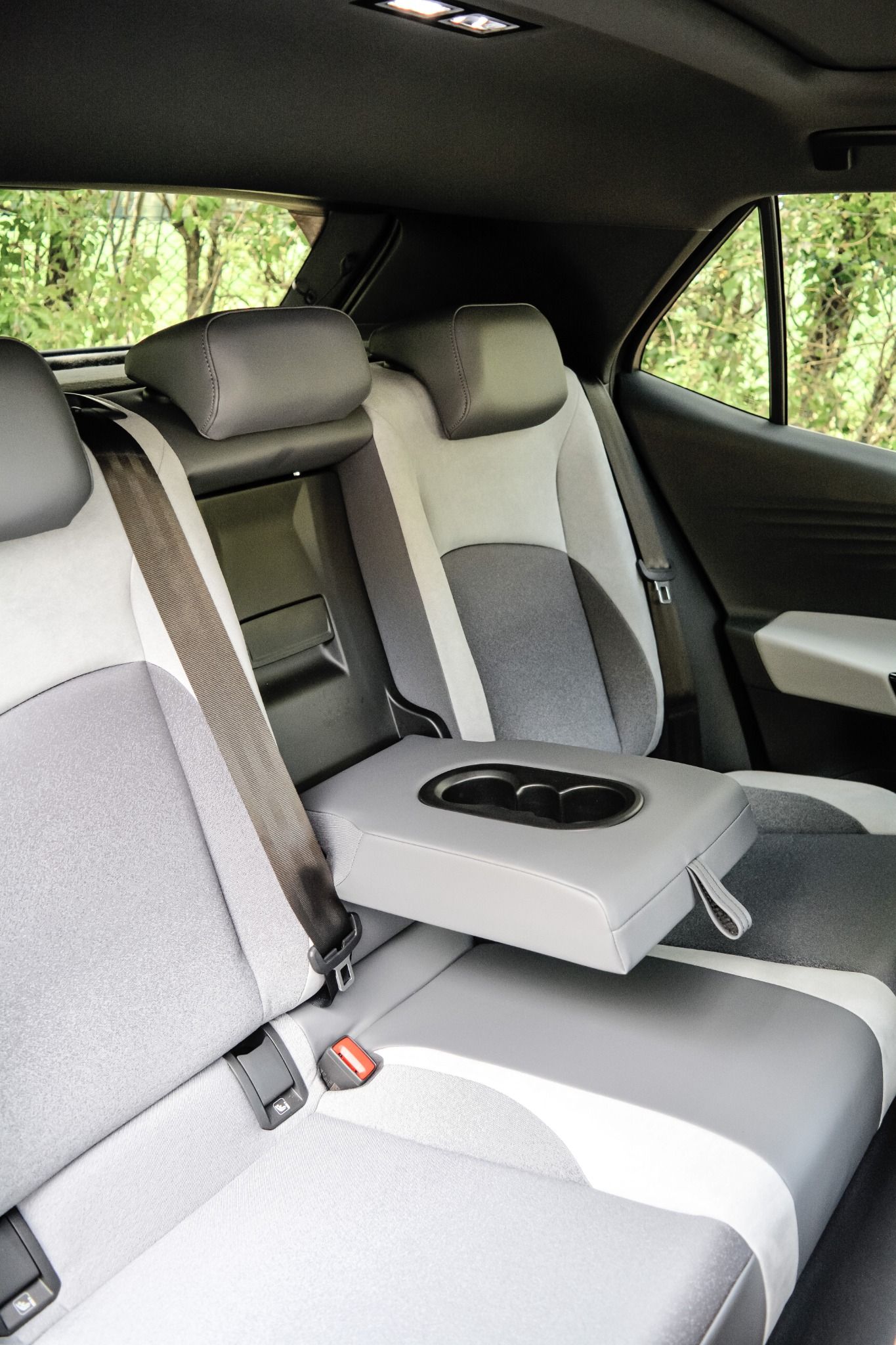 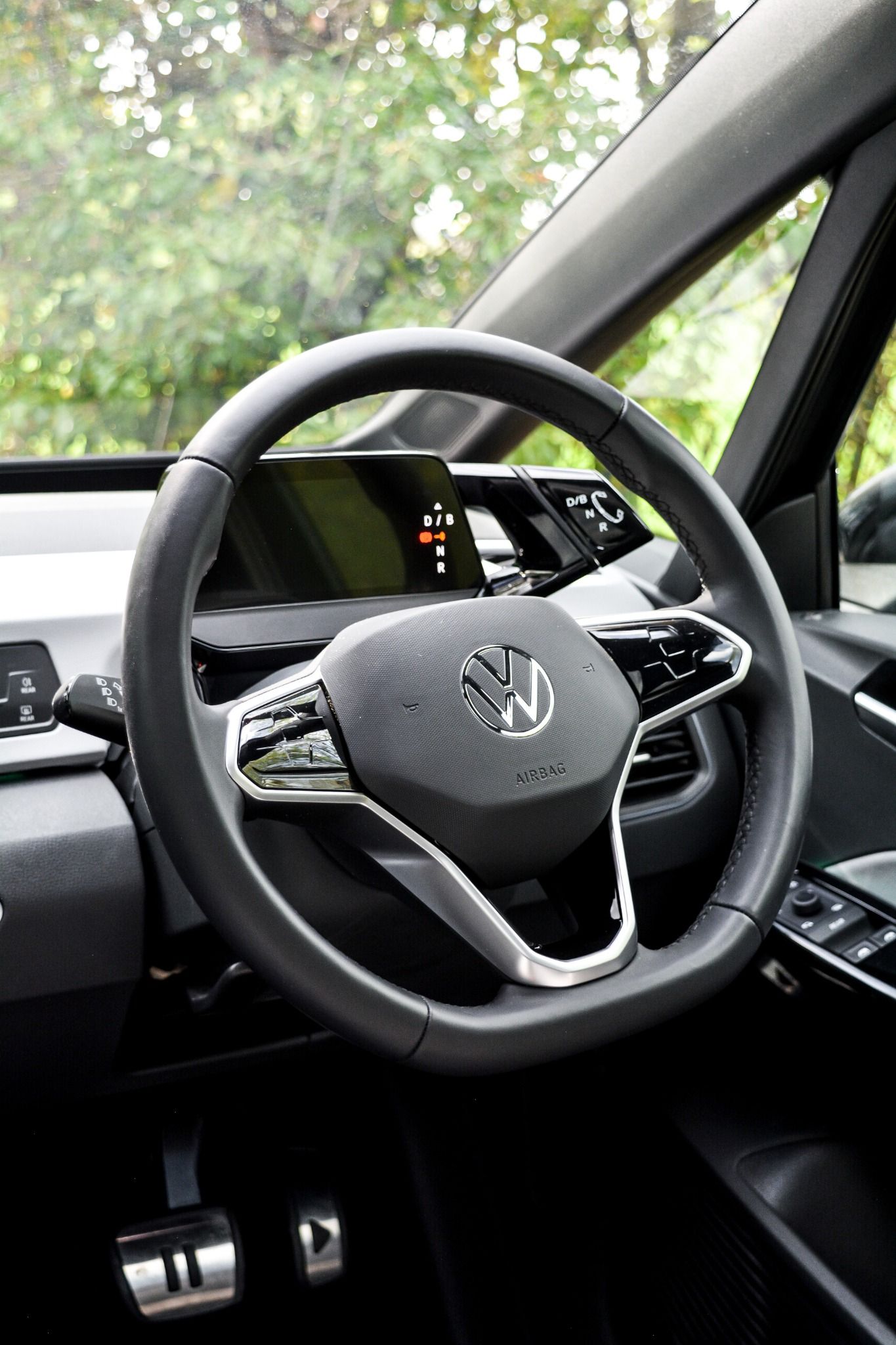 Up against more ‘regular’ traffic the ID.3 really does stand out. The full light bar across the front of the car is a genuine talking point and looks particularly futuristic at night. It’s a similarly cutting-edge story around the back, too, where large areas of gloss black trim give the car a distinctive look.

And whereas in brighter colours the ID.3 really does stand out, opt for a slightly more subdued shade and it does the trick of being a ‘regular’ Volkswagen remarkably well.

As we’ve already mentioned, the ID.3 is based on a completely bespoke platform which means that it has been designed with the electric powertrain in mind. It allows the ID.3 to deliver plenty of interior space, with a back row which features a decent amount of legroom given the overall size of the car.

Our only quibble is with the location of the light controls; they’ve been placed between the main infotainment screen and the steering wheel, making them hard to access and difficult to operate when on the move.

The boot even has a genuinely useable amount of space, with 385 litres of room on offer.

Initially launched in 1st Edition trim, the ID.3 arrives with a 10.0-inch infotainment display which incorporates media and navigation functions, as well as many of the heating and ventilation systems. It’s this latter area which takes the most getting used to. During our time with the car, even making slight alterations to the cabin temperature took a few minutes of delving into the systems to do.

There’s also a 5.3-inch display ahead of the driver which relays key information such as range and battery charge levels back to the driver.

Volkswagen has really pulled it out of the bag with the ID.3, producing a well-rounded EV which doesn’t feature many trade-offs against a conventionally-powered car. Though these initial versions, at more than £35,000, represent a reasonably expensive proposition, Volkswagen has already announced lower-powered models with just as much range - and it’s these which we predict will prove genuinely popular.

Though it may have put the ID.3 in the same vein as the Beetle and Golf, Volkswagen has ensured that its latest EV has lived up to the hype.

How Can We Help?