It’s very hard to find fault with the way the Arteon eHybrid looks. Particularly in elegant Shooting Brake form, this is one pretty car with loads of premium touches and a genuinely special feeling. The ultra-wide grille is in proportion at the front, while the intricate rear lights look futuristic.

It’s a big car, mind you, with a long wheelbase and quite long overhangs. This does contribute to the car’s weeping looks, but also means that it takes a little extra concentration to park. The interior of the Arteon is a classy and well-finished affair. There are loads of high-quality materials used throughout, cleverly meshing old school fit-and-finish with cutting-edge displays and screens. Needless to say for such a large car, there’s loads of legroom, so even taller passengers will be able to get comfortable over long distances.

One thing worth mentioning is that boot space does drop in the hybrid - there are 455 litres to play with, as opposed to the 590 litres you get in the petrol or diesel car.

As Volkswagen’s tip-top saloon and estate, the Arteon benefits from loads of equipment. There’s a 10.25-inch digital display ahead of the driver and you can configure this to show all manner of readouts, including how much charge the electric powertrain currently has.

There’s then an eight-inch central infotainment screen housing all of your major navigation and media functions. Apple CarPlay is included too, which helps to integrate your smartphone into the car’s system.

The Arteon eHybrid uses a 1.4-litre turbocharged petrol engine which is then combined with an 85kW electric motor and 13kWh battery. You get a combined 215bhp and 400Nm of torque, which is enough to help the Arteon spring from 0-60mph in 7.6 seconds. With batteries fully charged, the Arteon should return a claimed 205.6mpg while emissions stand at just 32g/km. It’ll also manage up to 39 miles on electric-only power and a full charge via a home wall box will take just over three and a half hours. 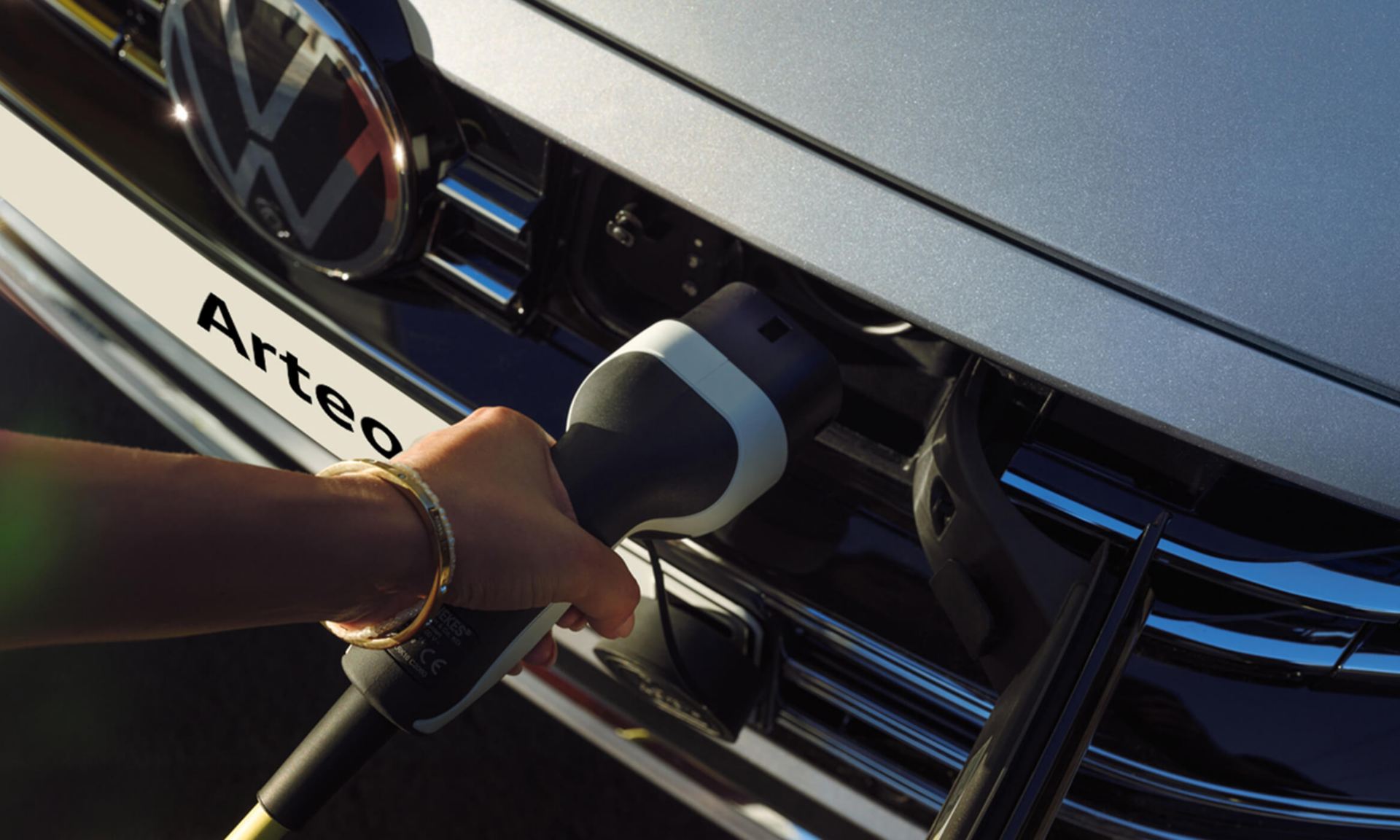 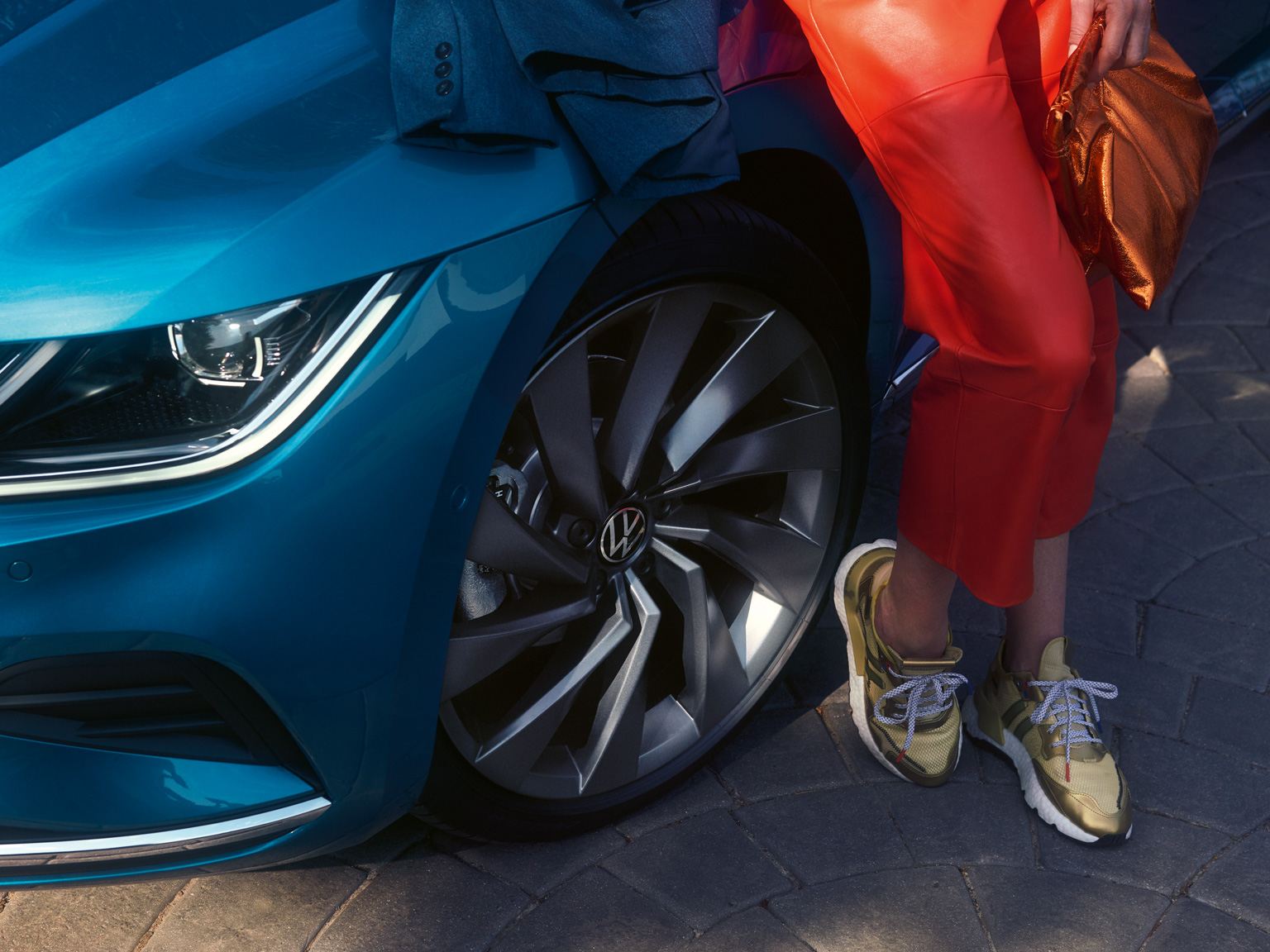 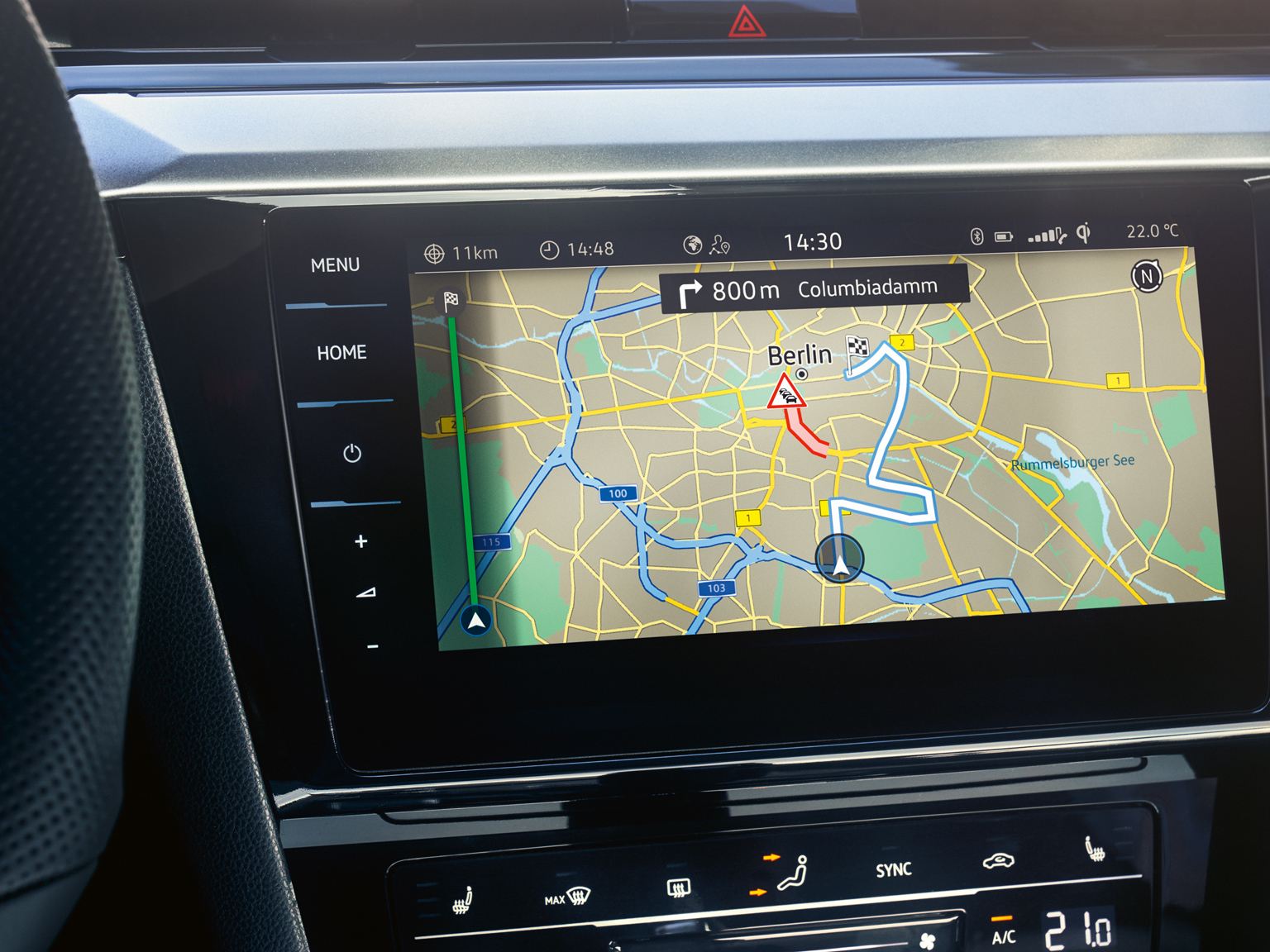 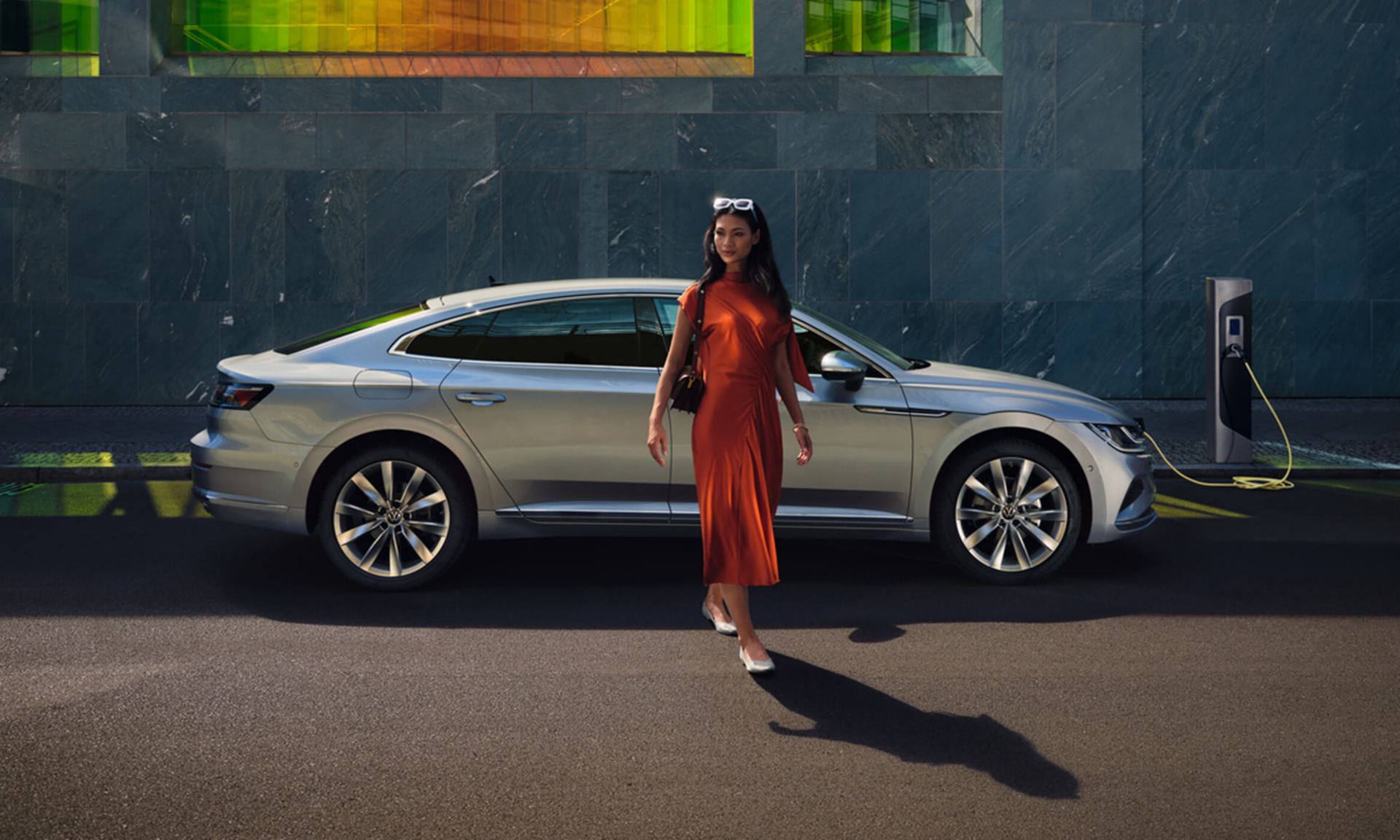 What trim levels are on the VW Arteon e-Hybrid?