Browse our selection of Approved Used R8 models. Liked by the previous owner and loved by the next, this Audi performance car is bound to thrill!

Inspired by the most successful Le Mans racing car of all time, Audi's R8 coupé boasts a sporting heritage that's second to none.

Oh no, It looks like we are out of stock at the moment!

Looking for a similar car to this? Why not see if any of the below help you in your car buying journey:

Contact your nearest Audi dealer to enquire about an R8

Don't worry if you can't find your perfect car in our current stock as we are always getting new stock in. If you are specifically after an Audi R8, simply give one of our used vehicle experts a call and we'll be more than happy to keep an eye out and give you a call when one comes in.​

When Audi first released the Audi R8 in 2006, the world’s jaws collectively dropped. Here was a vehicle that looked like it was from the future. And they were right. Over the following years, the design didn’t age at all - these cars look just a good as the day the German automaker released them.

The Evolution Of The Audi R8

The first version of the Audi R8 first appeared at the Paris Motor Show in September 2006 and became available to the public from 2007. The original machine featured an impressive 4.8 L V8 capable of generating more than 420 hp and the firm’s FSI technology, based on technology Audi used to earn victory at Le Mans.

The popularity of the car, however, continued, and the German carmaker responded. In 2008, it released the Audi R8 V10 which had a 5.2 L engine and was capable of generating more than 525 hp. In 2012, both the V8 and V10 versions of the car got a refresh, updating them with LED headlights, improved bumpers and grilles, and new sidebars and sills. They upgraded the V8 engine too, giving it another ten bhp, and buyers now had the option of choosing a 7-speed automatic.

Audi continued to work on the vehicle. Just three years later in 2015, the company released the completely revamped version of the R8, giving it a more muscular, lower and wider design. Instantly the car appeared more exotic than earlier iterations while remaining recognisable as an R8.

In 2017, Audi launched the Audi R8 V10 RWS model. The car came with a naturally aspirated engine, weighed 50 kg less than the standard model, and had a limited run of just 999 vehicles.

Audi released the Audi R8 Coupe as the second-refresh of the second-generation R8 following demand from consumers. The car had a similar overall look to the original R8 but featured a host of new engineering that means that it is a very different car under the hood.

R8s are one of the most desirable sports cars in the world - and not just because they’re fast.

A second-hand R8 is an excellent choice because of the quality of the engineering too. Audi took its expertise from building quality executive cars and poured it into the R8, creating something that worked just as well as a track car as it did a daily driver. The R8 is probably the only thoroughbred sports car in the world you can drive to work on a Monday morning and smash around the Nurburgring on the weekend.

Finding a used Audi R8 for sale is way easier than you’d think. Over the years, many of these vehicles have found new owners, allowing regular people to experience the thrill and joy that this vehicle brings. If you’re considering purchasing this vehicle, always go to an Approved Used Audi R8 dealer so you know the vehicle has been checked thoroughly before you buy it.

The engines available in Audi R8 cars has changed over the years with each new iteration of the vehicle. Here are your options:

As you can see, the engines in the Audi R8 have slowly become more powerful and capable over time, with the newest models having the highest performance.

Over the years, Audi also offered a range of options for those who bought the R8. These include:

Expect blistering pace and super-responsive handling when you get behind the wheel of this phenomenal high-performance supercar.

Swansway Audi is the best place to start your search for a used Audi R8. Our showrooms in Blackburn, Carlisle, Crewe, Preston, Stafford and Stoke all stock a wide range of quality used cars at competitive prices, each of which is put through a comprehensive inspection before going on sale. Thanks to frequent special offers and attractive finance deals, we can make owning a used R8 more affordable than ever.

Arrange to test drive this exceptional sports car by contacting one of our Audi specialists by phone or via the enquiry form here on the website. Alternatively, feel free to head down to your nearest showroom in person to take a closer look at the models in stock and to discuss your requirements directly with a member of the team. 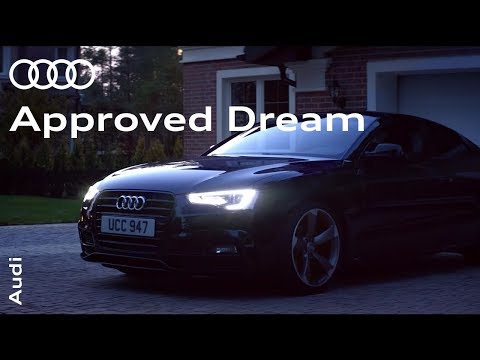 Every effort has been made to ensure the accuracy of the information above. However, errors may occur. Check with your local centre about items which may affect your decision to purchase. *Please disregard the mileage unless it is verified by an independent mileage search.
View All Our Locations
Your lifestyle. Your car. Your Audi.
Back to Top
New Cars
Used Cars
Offers
Servicing
Get a Free Valuation
Customer Testimonials
Audi Dealerships
Motability
Careers
COVID-19
Company Info
© Swansway Group
Gateway, Crewe, United Kingdom, CW1 6YG
Reg Office: Swansway Garages Ltd, Gateway, Crewe, CW1 6YY, United Kingdom
Reg. Company Number: 04507008
VAT Reg. No. 823 8072 33
Financial Disclosure
Swansway Garages Limited are a credit broker and not a lender. We are Authorised and Regulated by the Financial Conduct Authority (FCA) under reference number 304920. Finance is Subject to status. Other offers may be available but cannot be used in conjunction with this offer. We work with a number of carefully selected credit providers who may be able to offer you finance for your purchase.
Social