The Ateca has been a somewhat underground success for SEAT. Boasting reliable Volkswagen Group underpinnings, the Ateca’s sharp looks and impressive value-for-money have seen it fit the bill for many. It’s also got practicality on its side, with clever packaging solutions and a decent boot making it a sure-fire hit with families. Now, Seat has chosen to give it a little added pep via a mid-life refresh, bringing tweaked looks and added technology. Let’s take a look at what it’s got to offer.

Of course, as a refresh the Ateca isn’t radically different inside in terms of layout, so you still get the same spacious interior that was there before. A new cold-weather windscreen heating system has been included now though, which brings an invisible coating to the screen which means it can be defrosted almost immediately.

There’s still tons of space to be found here, while seats-up boot space rests at a reasonable 510 litres. ​​​

Again, the exterior changes on the new Ateca are, like the interior ones, subtle. The front end of the car has been sharpened thanks to the introduction of a new grille and redesigned headlights, while around the back there’s new ‘handwriting’ style badging which we’ve already seen used on the latest Leon.

In truth, the Ateca has never been a bad looking car, so these additions only help to make a good-looking car even better to look at.

SEAT has given the Ateca’s technology levels a significant boost with the new version. There’s a new infotainment system - available in either 8.25- or 9.2-inch - and it’s been repositioned to make it easier to use. Both Apple CarPlay and Android Auto are included as standard on all models too, while a new voice recognition system has been included too. You activate it by saying ‘hola hola’ to it, bringing a nod to the Ateca’s Spanish roots.

Five petrol engines will be available with the Ateca, ensuring that there are a good variety of powertrains to choose from. There’s a 1.0-litre turbocharged unit to kick off the range, rising through a 1.5-litre unit and finishing with a 2.0-litre version with all-wheel-drive.

Just one diesel is available, though it can be specified in one of two states of tune. It’s also available with either a six-speed manual or DSG dual-clutch automatic gearbox, too. 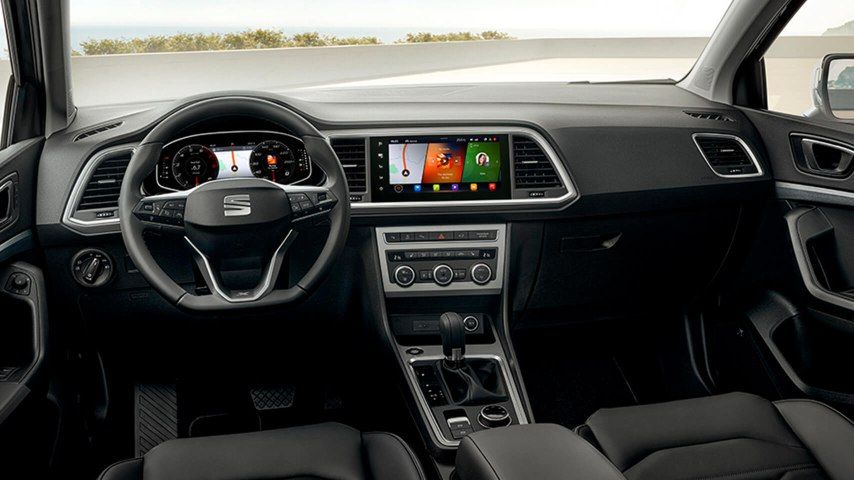 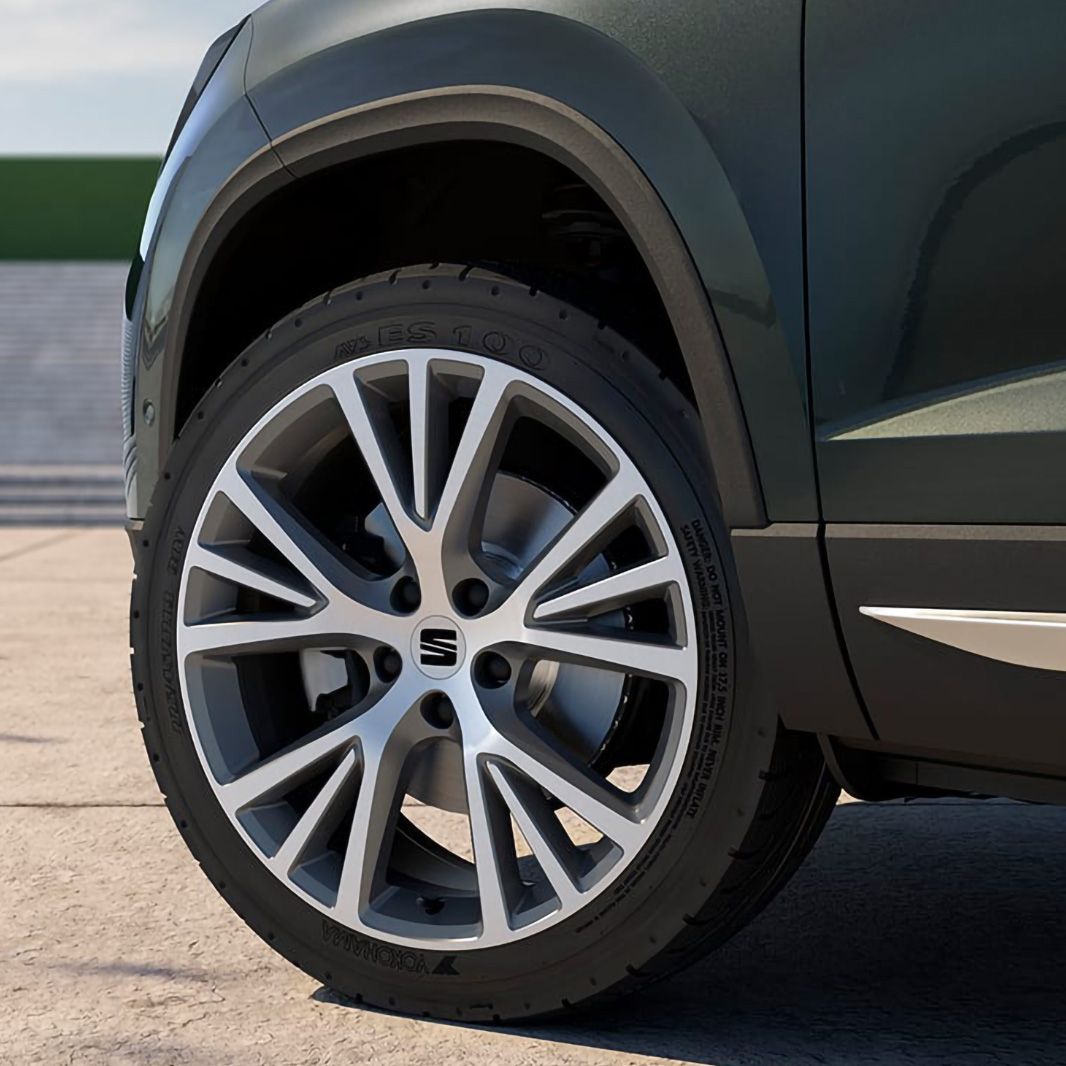 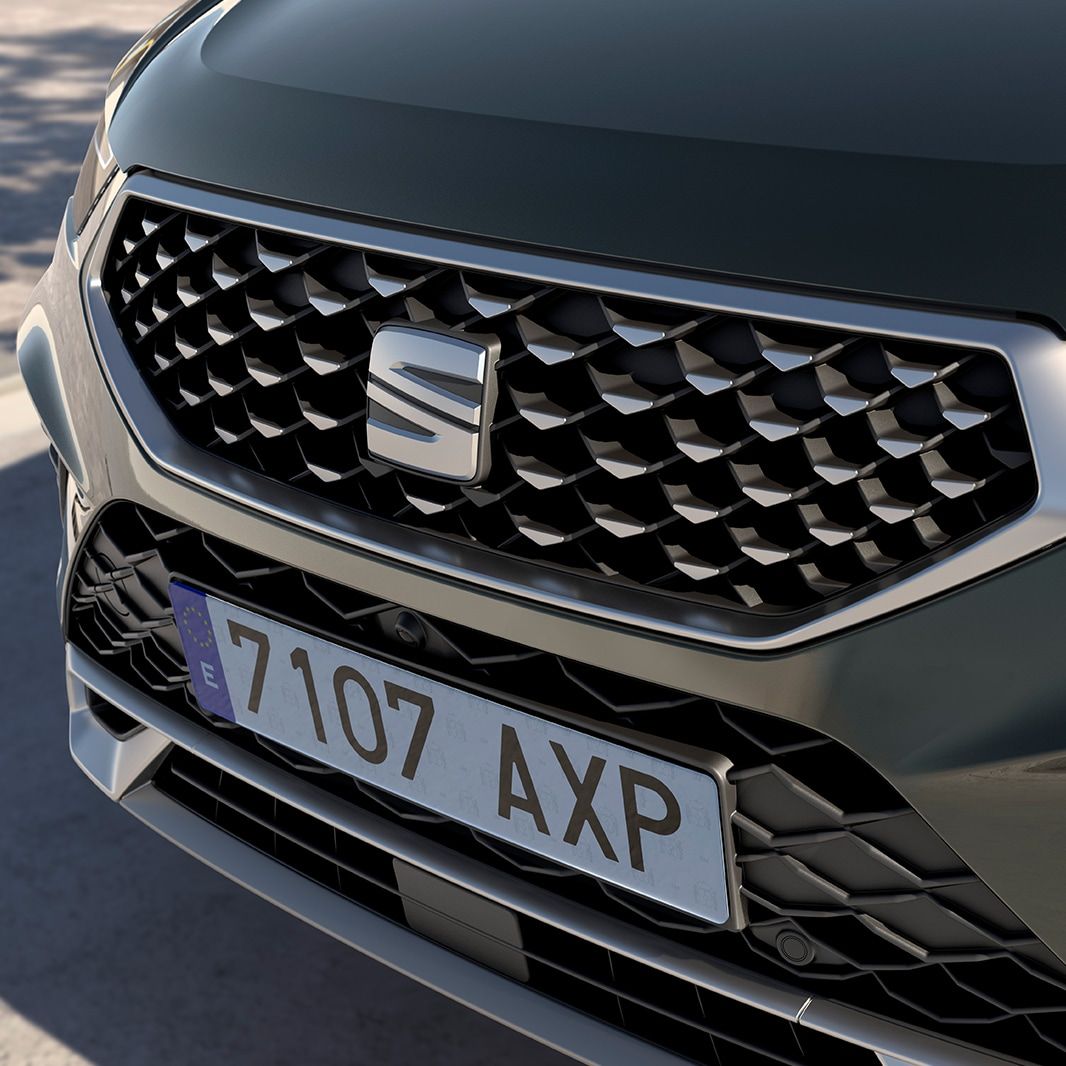 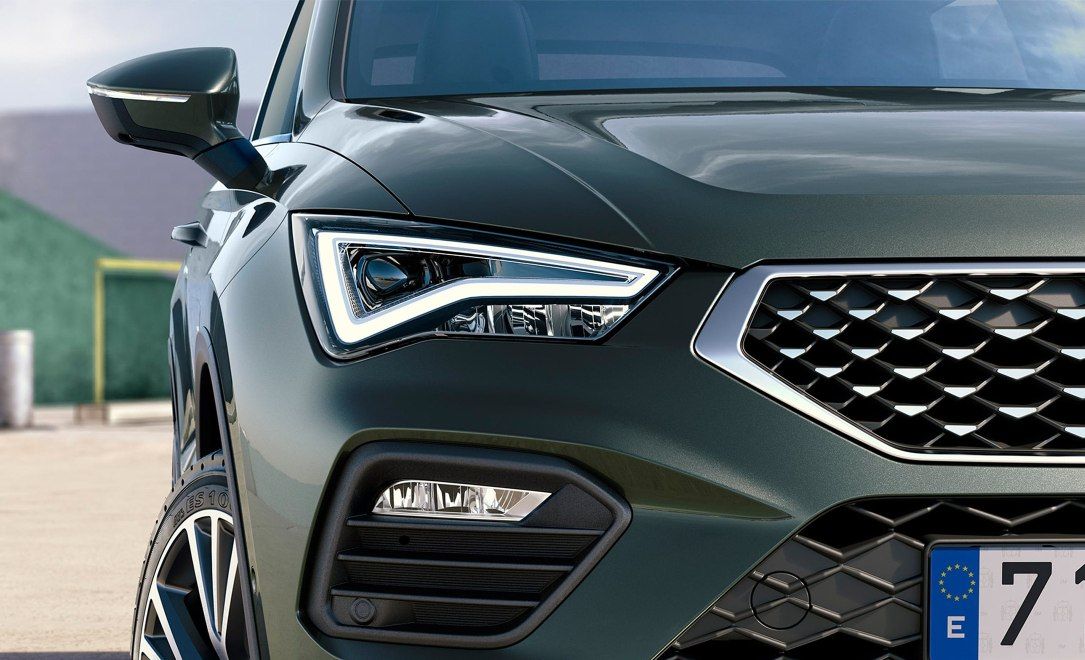 What trim levels are on the SEAT Ateca?

Though SE marks the entry point into the Ateca, it’s got more than enough standard equipment for most people. There are 17-inch alloy wheels, LED headlamps and black roof rails, while an eight-speaker audio system will keep audiophiles happy. Dual-zone climate control and cruise control sit as highlights in a very comprehensive list of equipment.

Up next is SE Technology, which upgrades many areas of the standard SE. You now get 18-inch alloy wheels, a larger 9.2-inch colour touchscreen with navigation and the aforementioned voice control, which really is useful when trying to change aspects of the car when on the move.

Sporty FR grade comes next, bringing dark tinted windows and a rear spoiler as well as chrome roof rails and body coloured wheel arch surrounds. The window trims are chrome too, and you get sporty aluminum pedals inside, too.

FR Edition upgrades some of the technology onboard with a Media system plus, BeatsAudio and a rear view camera to help with parking in those tight spaces.

FR Sport adds to the standard FR trim with larger 19-inch machined alloy wheels with grey inserts, while this is the first point in the range where a virtual cockpit system is included as standard. This replaces the conventional dials for a configurable screen, which can be changed to show a variety of different screens.

Though XPERIENCE trim brings smaller 18-inch alloy wheels than FR Sport, in other areas it delivers even more. The seats are now trimmed in soft microsuede, while there’s a whole host of aluminium detailing used throughout the cabin. You also get adaptive cruise control, which helps to take the backache out of longer trips. ​

XPERIENCE Edition upgrades the alloy wheels to 19” Nuclear grey alloy wheels and wired full link connectivity making it even easier to control your smartphone wirelessly through the infotainment screen.

Finally, we’ve got XPERIENCE Lux, which sits atop the Ateca’s range of specifications. This receives pretty much everything you could want, from 19-inch alloy wheels to self-adjusting headlights, LED taillights with dynamic turn signals, a full leather interior and heated front seats.

The Seat Ateca is the first SUV for the Spanish manufacturer. Is it any good? We grab the keys and get behind the wheel to find out

The Ateca is the first SUV ever made by Spanish carmaker Seat, so on the whole it’s an entirely new product – albeit one that uses the familiar Volkswagen Group MQB platform. The car was engineered and designed at Seat’s headquarters at Martorell, Barcelona.

While it might be the first foray into a new sector for Seat, it’s not going to be the last, with four new models – including other SUVs – coming in the next few years.

First impressions of the Seat are that it’s not a Seat at all. Cover up the badging and you’d be forgiven for mistaking it for an Audi Q3 – and indeed on our first drive of it through Barcelona, many people had to take a good close look at the Seat badging, just to check.

It’s quite an impressively premium-looking vehicle all round really, with sharp lines and signature LED lights. Unlock the car and it casts light puddles on the floor under the door mirrors with the Ateca name and outline. It continues to the inside with oodles of soft-touch material in the upper cabin and an up-to-date interior design that you’ll recognise from the Seat Leon. All-in-all, the Ateca gives over a pretty expensive vibe.

There’s plenty of leg, head and shoulder room in the Ateca for four adults, although jamming a fifth occupant into the centre rear seat will cause a few squabbles – particularly when it comes to straddling the central transmission tunnel. This isn’t any worse a situation than in anything else in the class though.

A 510-litre boot is again ballpark for the class, and although it falls to 485 litres if you specify the 4DRIVE four-wheel drive system on your Ateca, it’s still comparable to rivals. The proportions of the space are decent enough, with a couple of cubbies, and there’s one-touch release levers for the rear seats along with an optional ‘virtual pedal’ hands-free boot release. The rear seats don’t fold flat though and they leave a pronounced step in the folded position.

There’s no problem getting seated and comfy in the Ateca, with a good driving position giving you a decent, elevated view of the road ahead.

All models are paired with familiar family engine and transmission tech, with TSI petrols ranging from 111bhp to 146bhp and TDI diesels at 111hp, 146bhp and 184bhp. The higher-power diesels can be matched to seven-speed DSG automatics, but our test car is a six-speed manual.

With such widely-used greasy bits, you know what to expect in terms of performance, with 60mph coming up in around 11 seconds for the lowest-powered cars and falling to a brisk 7.5 seconds for the quickest.

Out on the road there’s a clear sporty intent to the Ateca, which handles the twists and turns with very little fuss whatsoever – more so with the 4DRIVE cars that use more sophisticated rear suspension set-ups. This does translate to a little bit of firmness and the odd protest over expansion joints and ripples, but it doesn’t stray into uncomfortable.

If anything, the around-town manners are more impressive and the Ateca handles city streets and traffic with ease. 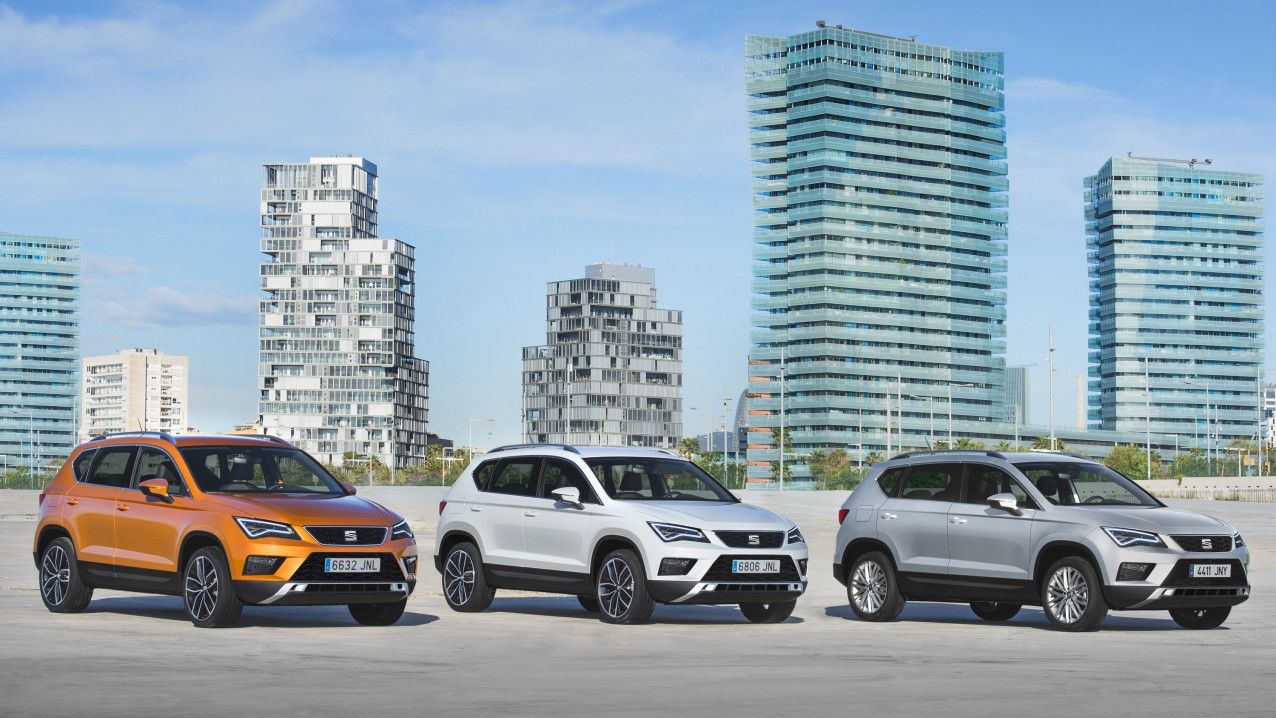 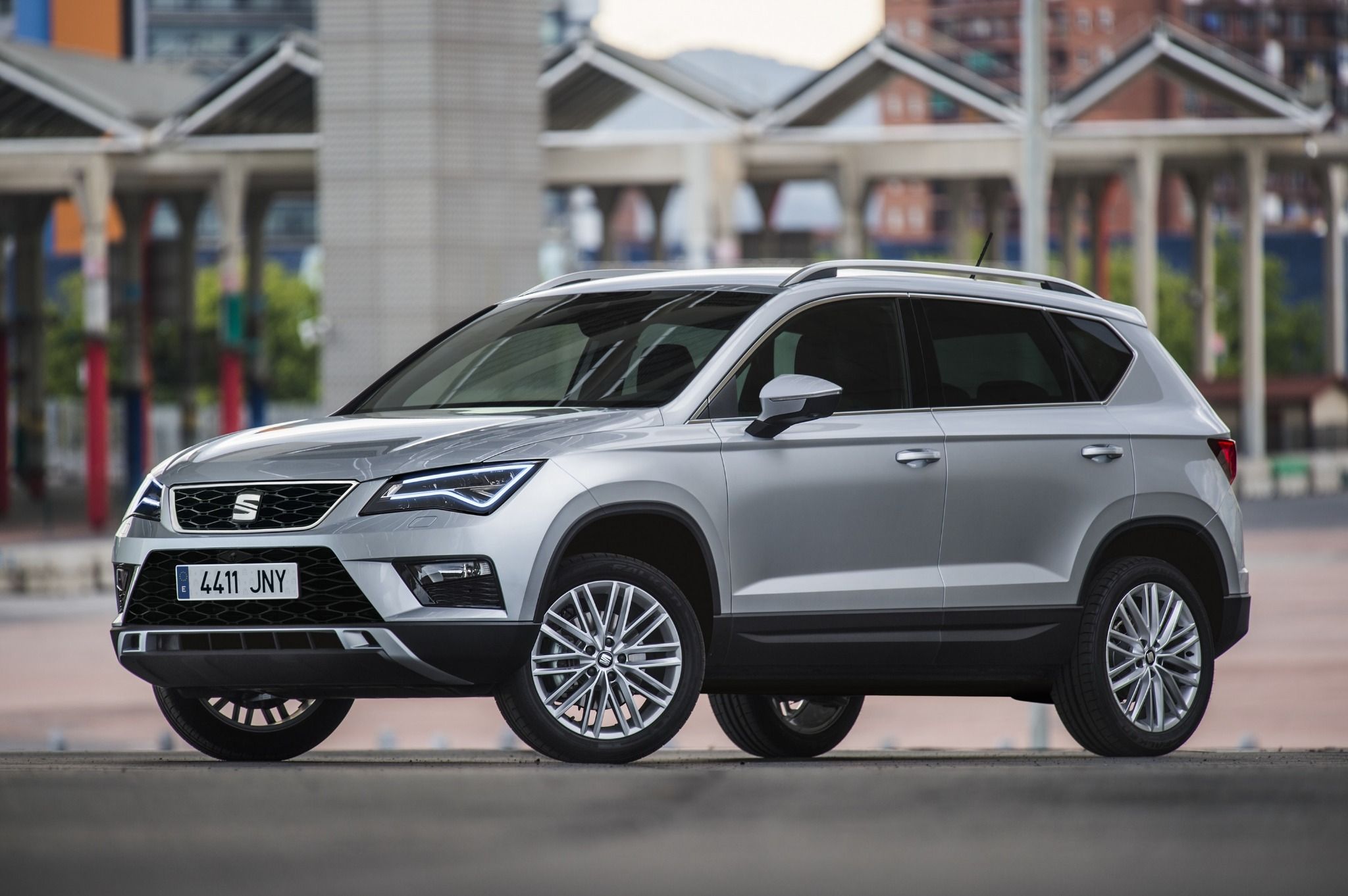 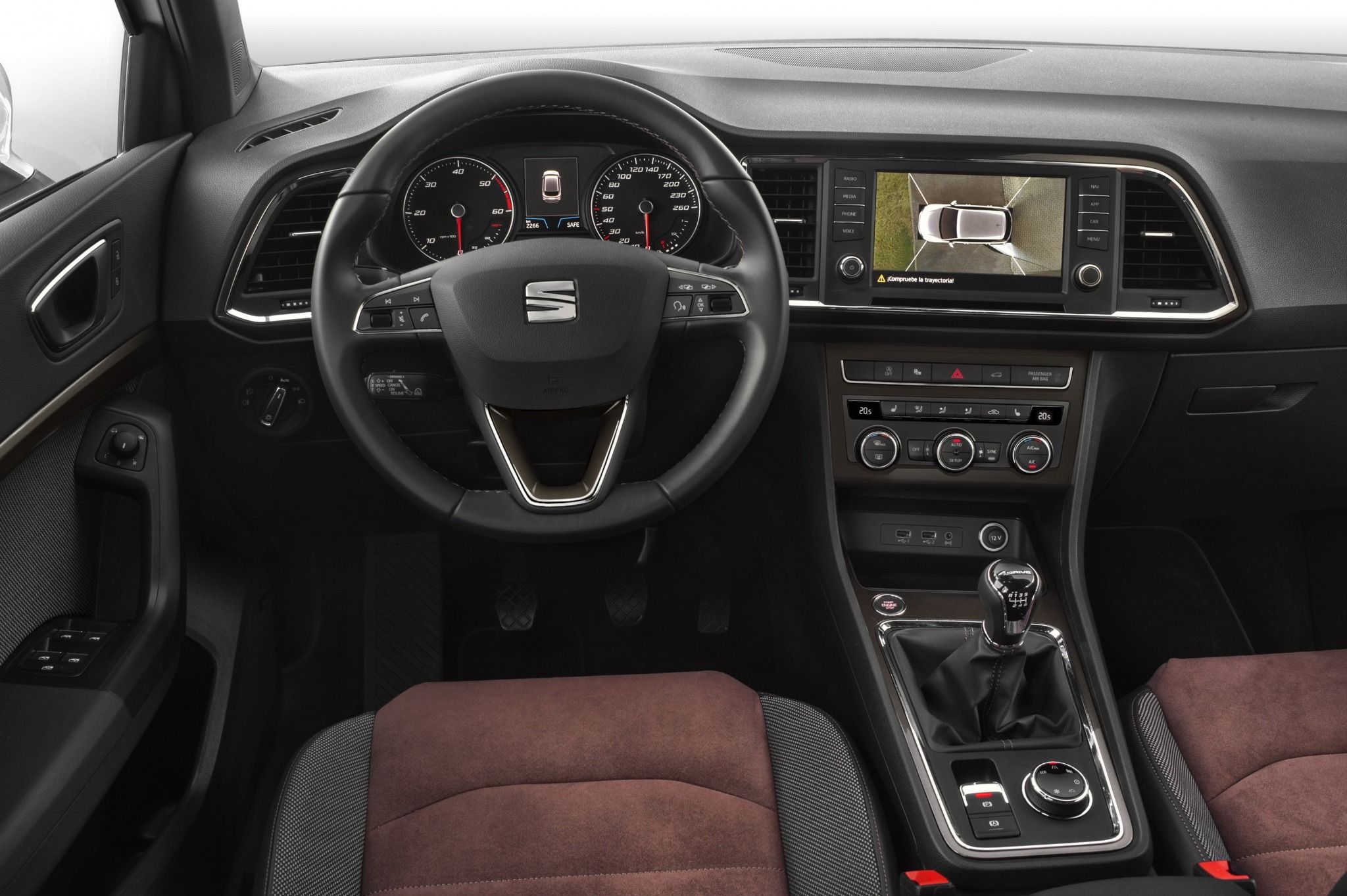 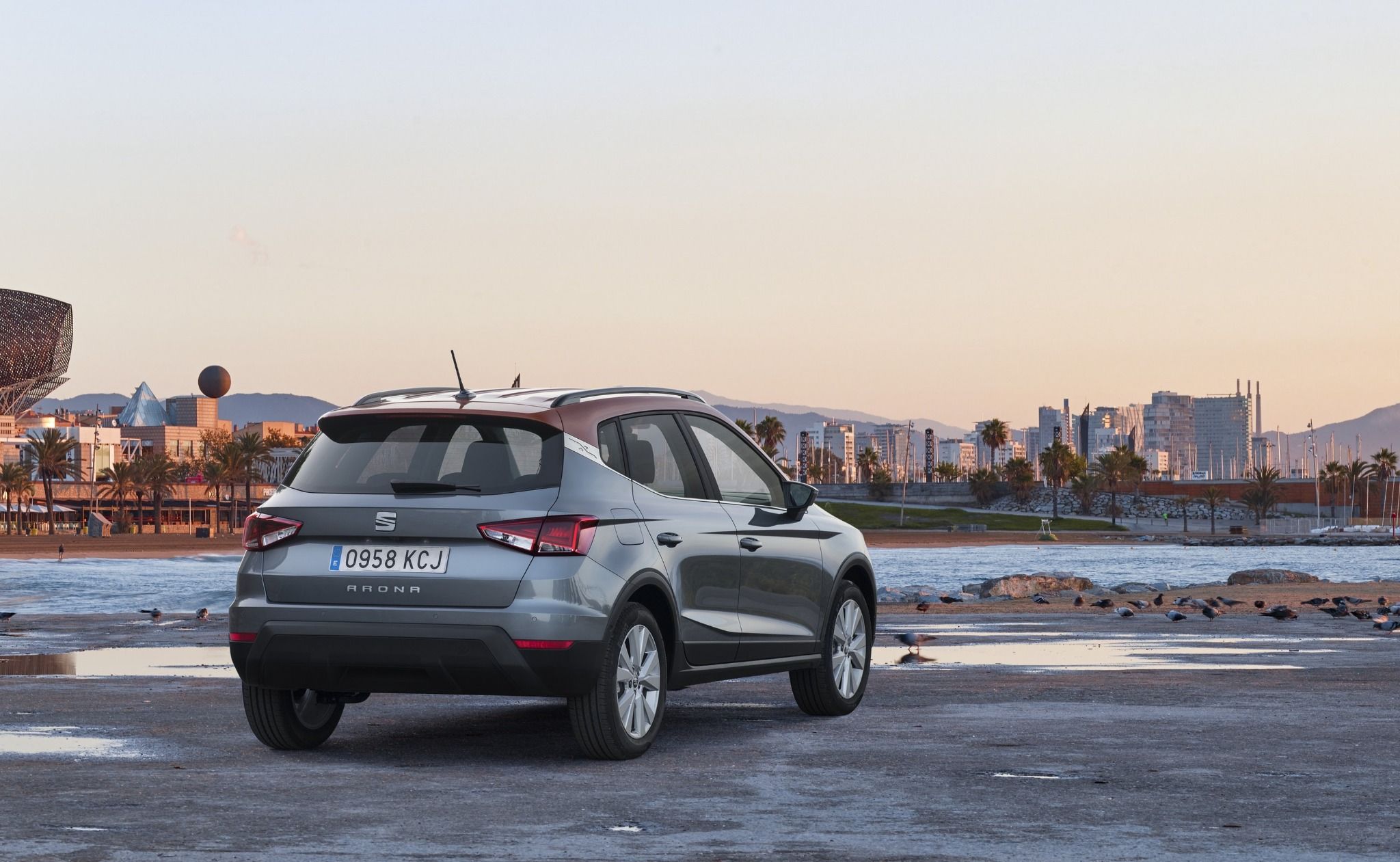 Broadly, the Ateca represents pretty good value once you step away from the entry-level cars. The S specification model may come in at just £17,990, but the only real creature comfort is air conditioning.

Move higher up the range and you get access to toys like LED daytime running lights, dual zone climate control and the central eight-inch touchscreen.

There’s a pretty broad spread on the options list too, with a panoramic sunroof and a top view camera to give a 360-degree image of your surroundings at manoeuvring speeds.

Whichever options and specification you opt for though, it’s going to be hard to get a rival vehicle to match it at the same price point.

Who would buy one?

Anyone who’s in the target market for a family-sized crossover SUV – which, judging by the proliferation of them on the UK’s roads, is just about everyone.

Even though it’s quite late to the game, the Ateca could prove to be one of the best of the bunch.