Clear shapes, high-quality elements combined with a spacious layout – in the new Tiguan Allspace, you can not only see the space, but feel it, too.

Whether it's shopping in the city or picking up the children from school, thanks to the generous space you can take advantage of plenty of head and legroom on both the front and rear seats. Thanks to the fold-down seats and also the third row of seats, the vehicle interior behind the front seats can be adapted to the situation.​

​The Volkswagen Tiguan Allspace has many interior comforts such as heat insulated tinted windows, 3 zone climate control, 8 speakers located in the front and rear and lumbar support in front seats. High-resolution displays and touch-sensitive surfaces dominate, such as the 3-zone “Air Care Climatronic” air conditioning system. The new Tiguan Allspace exhibits a great sense of style: from the very front, with its striking radiator grille and the elegant signature light. Every one of the selectable alloy wheels underlines its sporty drive power, while the dark red LED tail light clusters and an unbroken reflector strip highlight the powerful rear of the Elegance trim. The overall impression of the new Tiguan Allspace is a bold SUV character, allowing it to proudly bear its “Tiguan Allspace” lettering at the rear.

​The Volkswagen Tiguan Allspace is full of technology from the "Discover" Navigation system including Streaming & internet, Digital Cockpit Pro with Inductive smartphone charging with the option to allow you to connect our phone using App-Connect​.

Whether you are driving in wet or icy conditions, the optional 4MOTION all-wheel drive makes sure that the engine’s power is spread across all four wheels, Minimising wheelspin and allowing your new Tiguan Allspace to gain better traction on the ground. 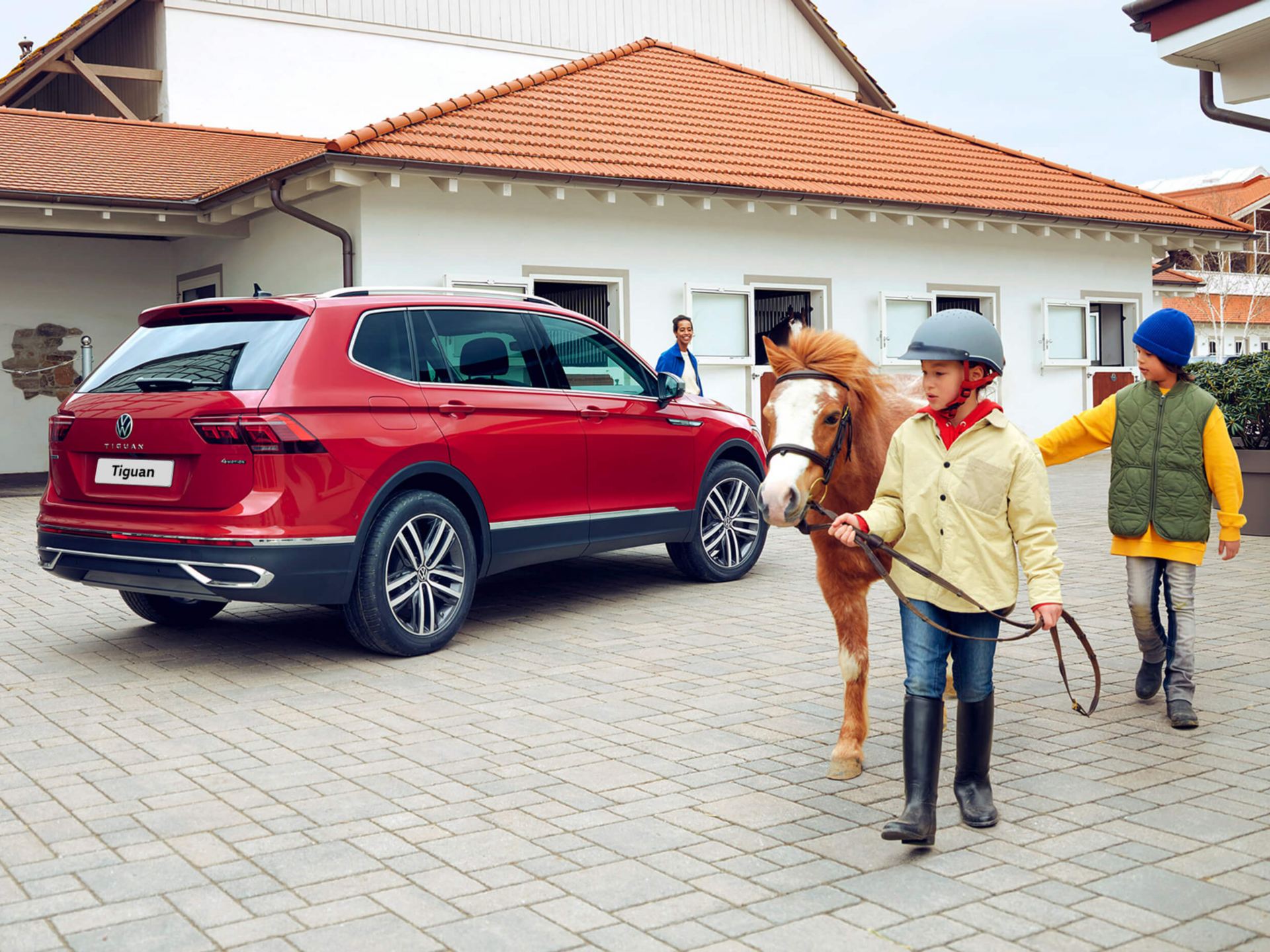 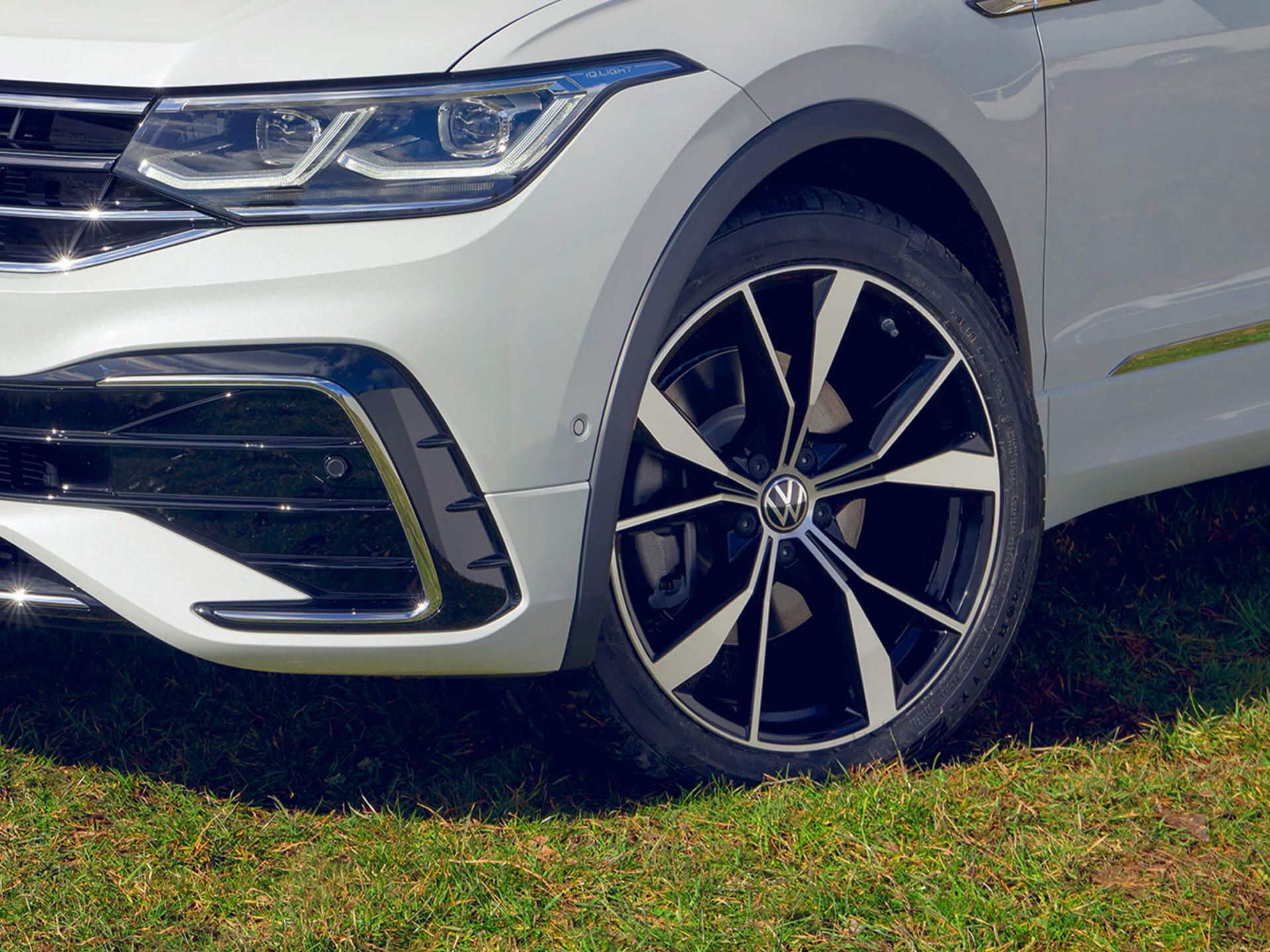 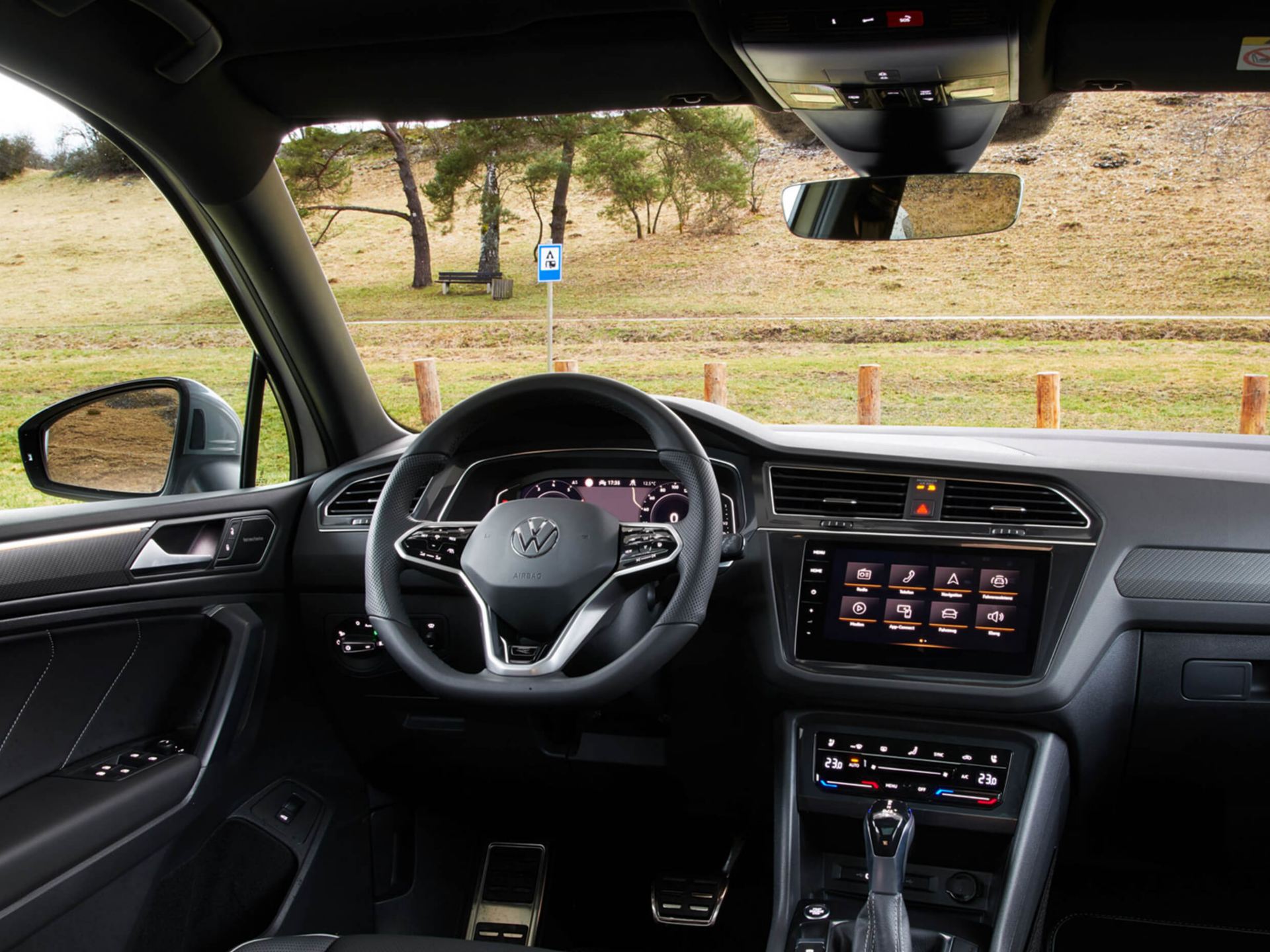 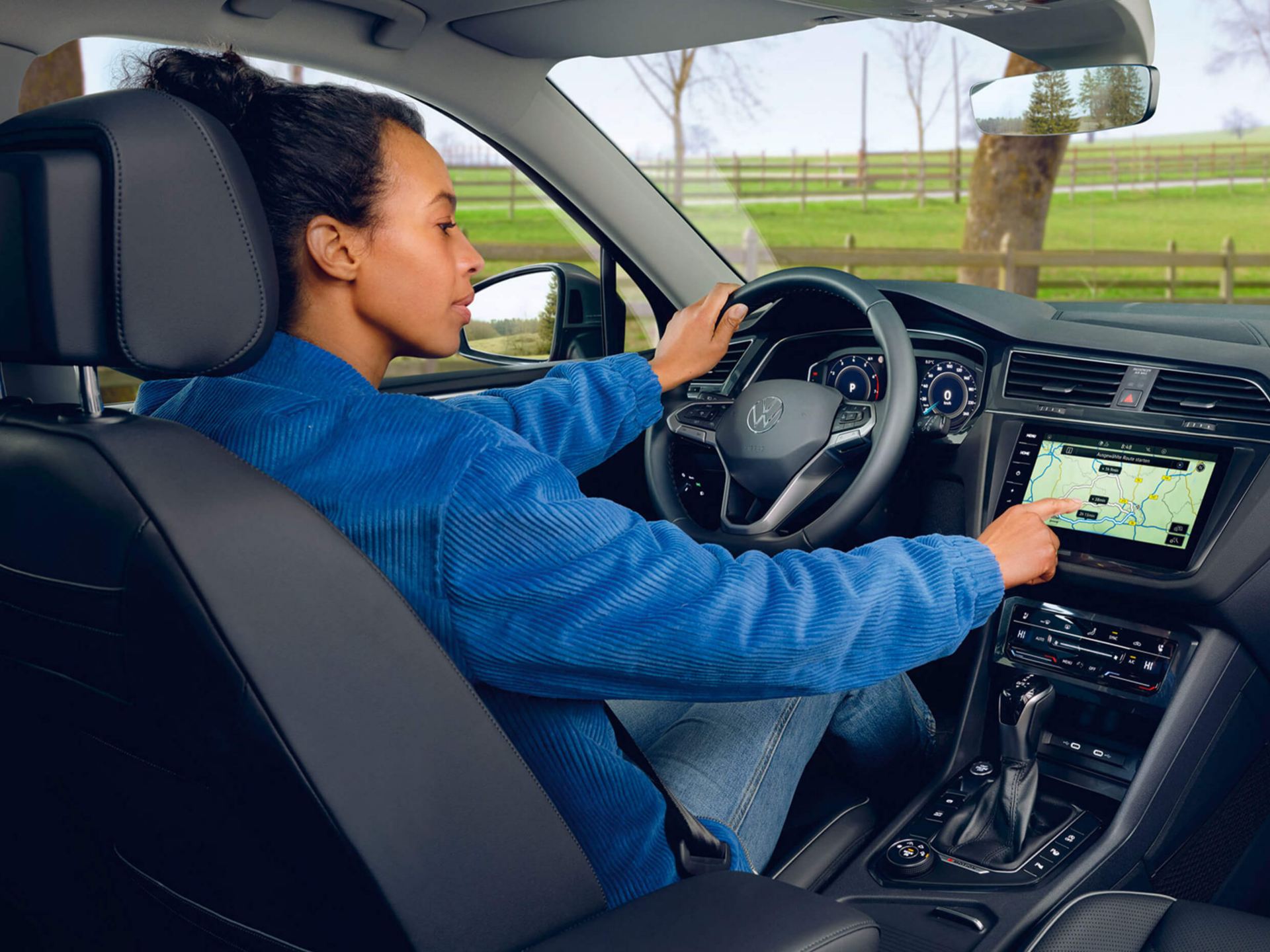 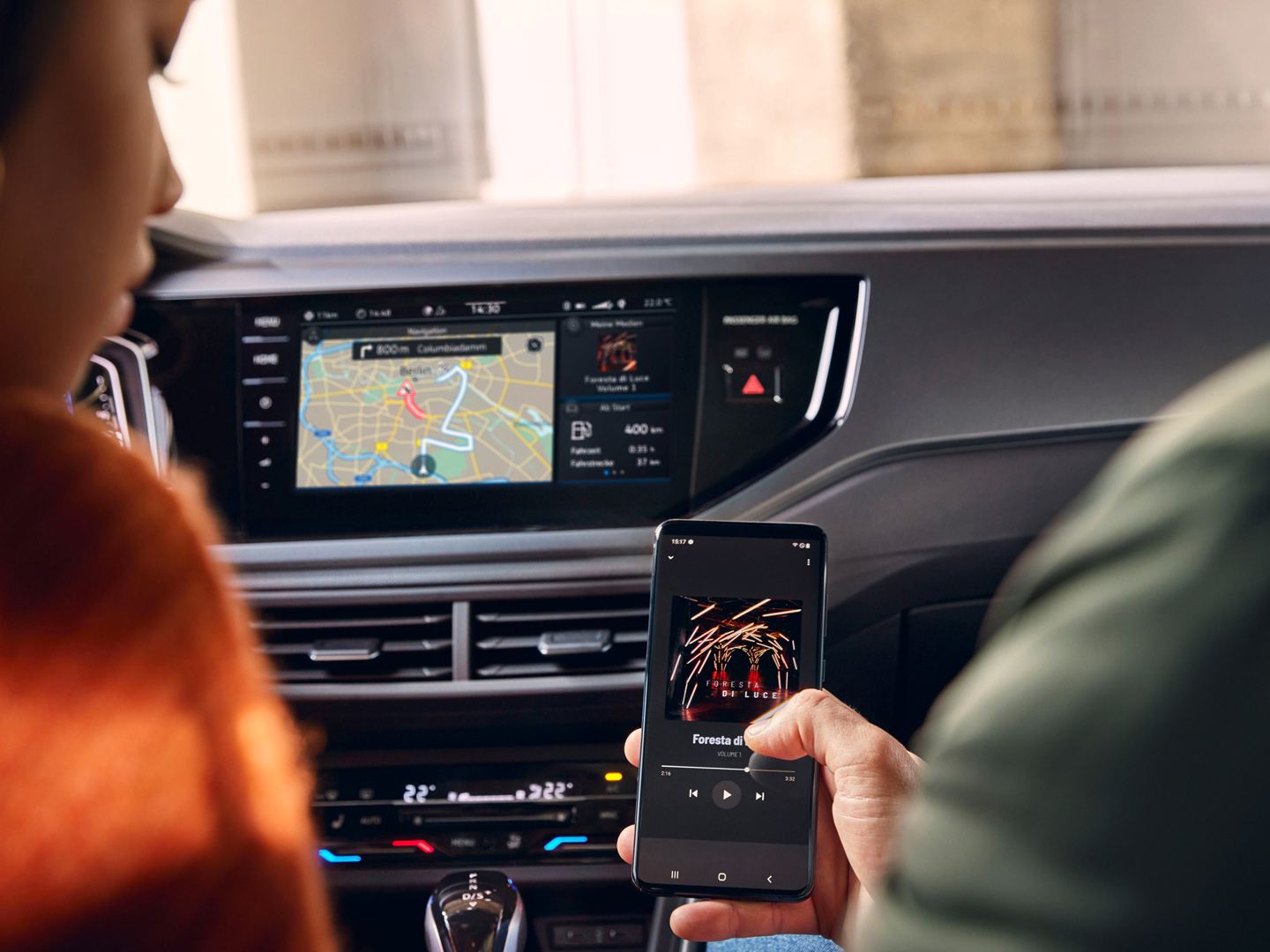 What trim levels are on the VW Tiguan Allspace?

​Review of the Volkswagen Tiguan Allspace

The Tiguan has proved to be a real smash hit for Volkswagen. In fact, it’s the firm’s best-selling car at the moment.

The Tiguan has proved to be a real smash hit for Volkswagen. In fact, it’s the firm’s best-selling car at the moment and continues to rustle feathers in the ever-competitive SUV segment. With good looks and plenty of equipment, it’s easy to see why it’s so popular.

But what if you need a little more space from your Tiguan? That’s where the Tiguan Allspace comes in. It’s a slightly stretched, slightly roomier variant with space for seven - but can it deliver the same rounded experience as the standard Tiguan? Let’s find out.

Volkswagen has left the revisions relatively subtle for this updated Tiguan Allspace, so from the outside at least the changes appear quite minimal. The front end has been given a nip-tuck, with high-spec versions receiving full Matrix LED headlights that can adapt to the traffic ahead.

There’s also a more simplified trim range for the Allspace, as there is across the rest of Volkswagen range with Life, Elegance and R-Line specifications there to choose from.

The Allspace is available with the same range of efficient engines as the regular Tiguan - though there’s no plug-in hybrid option here, sadly.

We’re testing a version which uses Volkswagen’s 2.0-litre turbocharged diesel engine, which kicks out 148bhp and 360Nm of torque. It’s linked up to a seven-speed DSG automatic gearbox and all-wheel-drive, resulting in a 0-60mph time of 9.5 seconds. Despite being four wheel drive, Volkswagen also claims 42.8mpg while CO2 emissions stand at a respectable 173g/km.

Though diesel can’t exactly be called popular at the moment, for big-mileage drivers it still makes a huge amount of sense - and that’s definitely the case with the Allspace. It’s quiet and refined when at motorway speeds, though at lower ones there’s that typical diesel gruffness which is to be expected.

At those higher speeds it’s also relaxed and comfortable, with the ride feeling particularly good when on the motorway. Should you need to tackle a windier road, then the Tiguan’s steering is more than up to the task too. 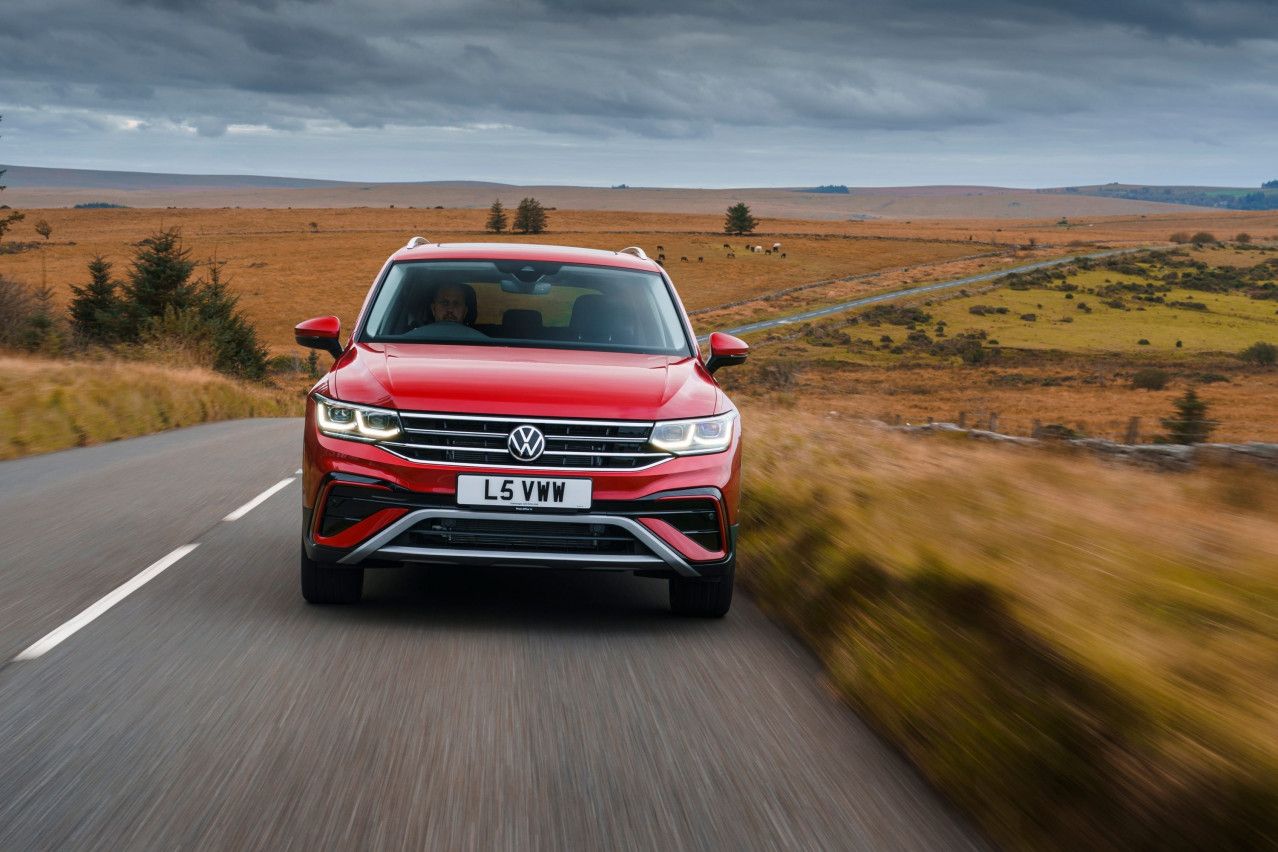 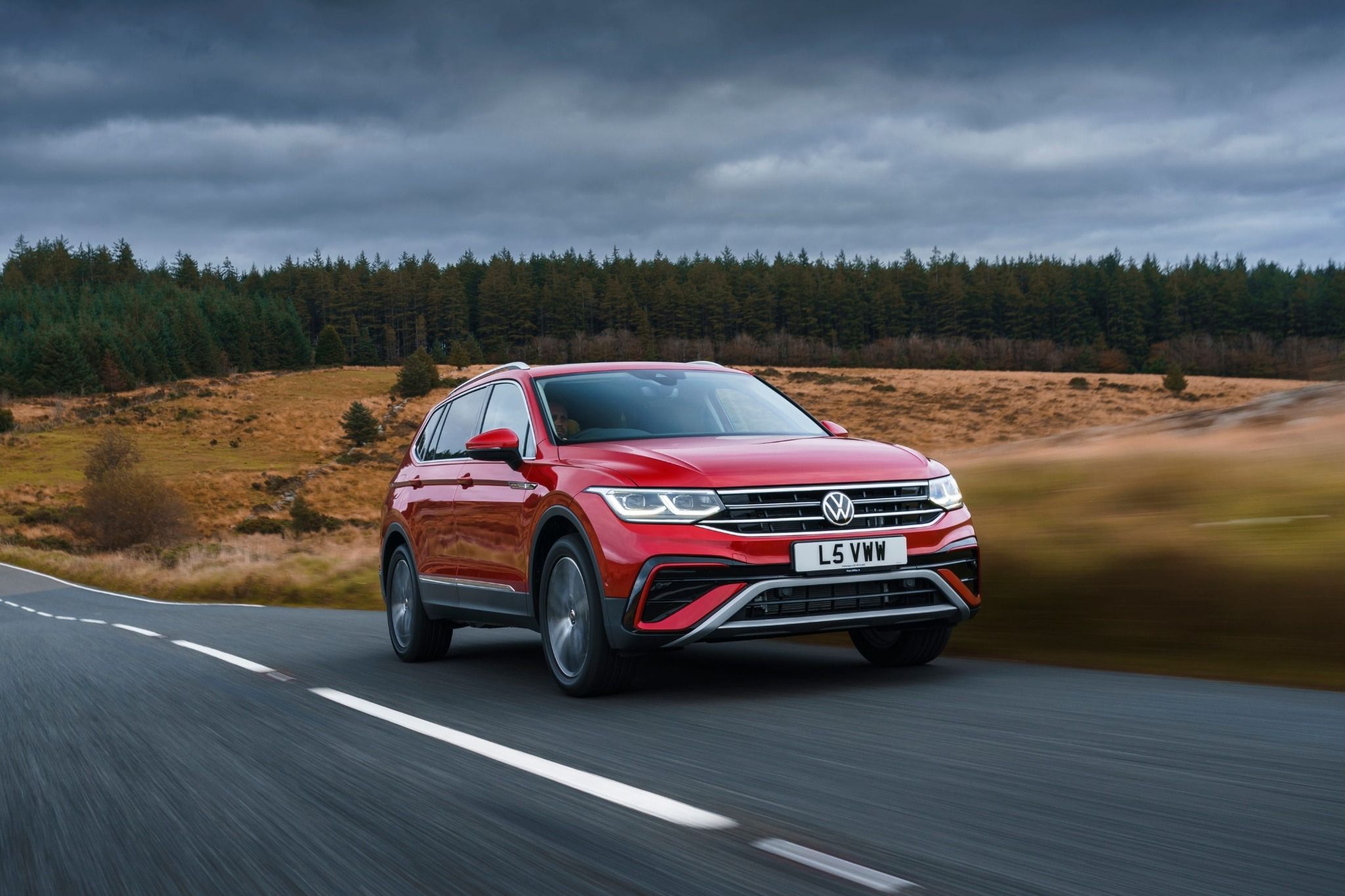 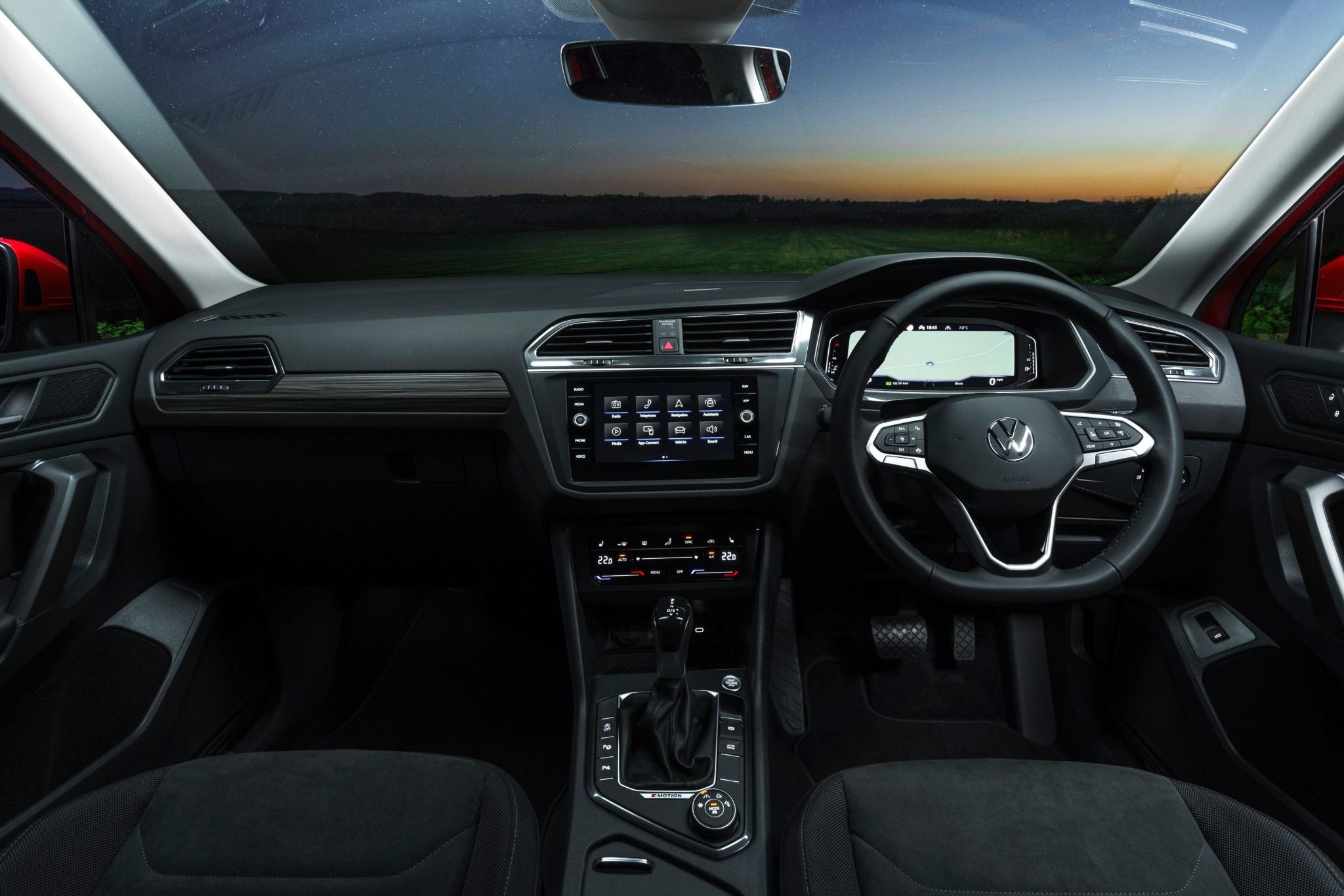 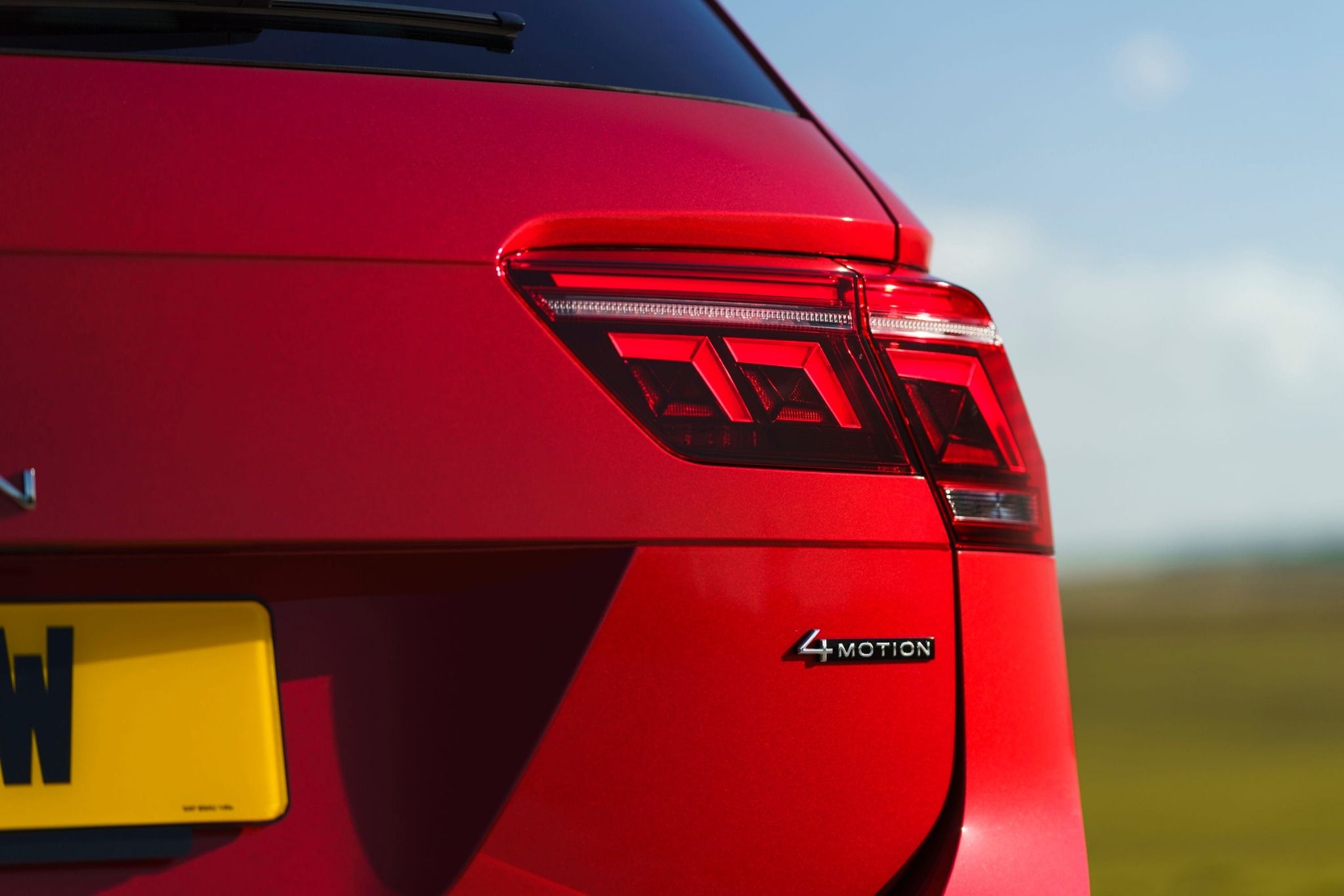 The Tiguan has always been a smart looking thing, so it’s little surprise to see that the Allspace is just as well proportioned. Initially it’s hard to see the difference between this and a regular Tiguan, though a closer inspection reveals the true change in size between the two.

The front end gets a more aggressive design than its predecessor, too, with new chrome air inlets and trim giving it a more premium appeal. There’s also a new illuminated grille strip - similar to that on Volkswagen’s electric ID.3 - which gives the Tiguan a noticeable ‘face’ when driving at night.

If practicality is what you’re after, then the Tiguan Allspace will definitely appeal. There’s loads of space available, while the optional panoramic sunroof fitted to our test car really helped to bring extra light into the cabin.

At the moment, the Allspace is the only seven-seater in Volkswagen’s SUV range - even the large Touareg is a strict five-seater - which does give it a standout appeal in the range. Those rearmost seats aren’t huge by any stretch of the imagination mind you, but they’re large enough for occasional use by adults or more frequent use by children.

Step up to Elegance or R-Line - with both priced from around £38,000 - and you’ll gain more high-end features such as heated seats and keyless entry, with the former taking a more upmarket approach and the latter a sportier one.

The Tiguan Allspace represents a really good buy considering the space and quality you get for the money. It’s comfortable, too, with refined engine choices only helping to elevate the experience even further.

It might not be the roomiest of seven-seaters, but for those who need the occasional use of an extra row of chairs then it’ll prove mighty appealing.