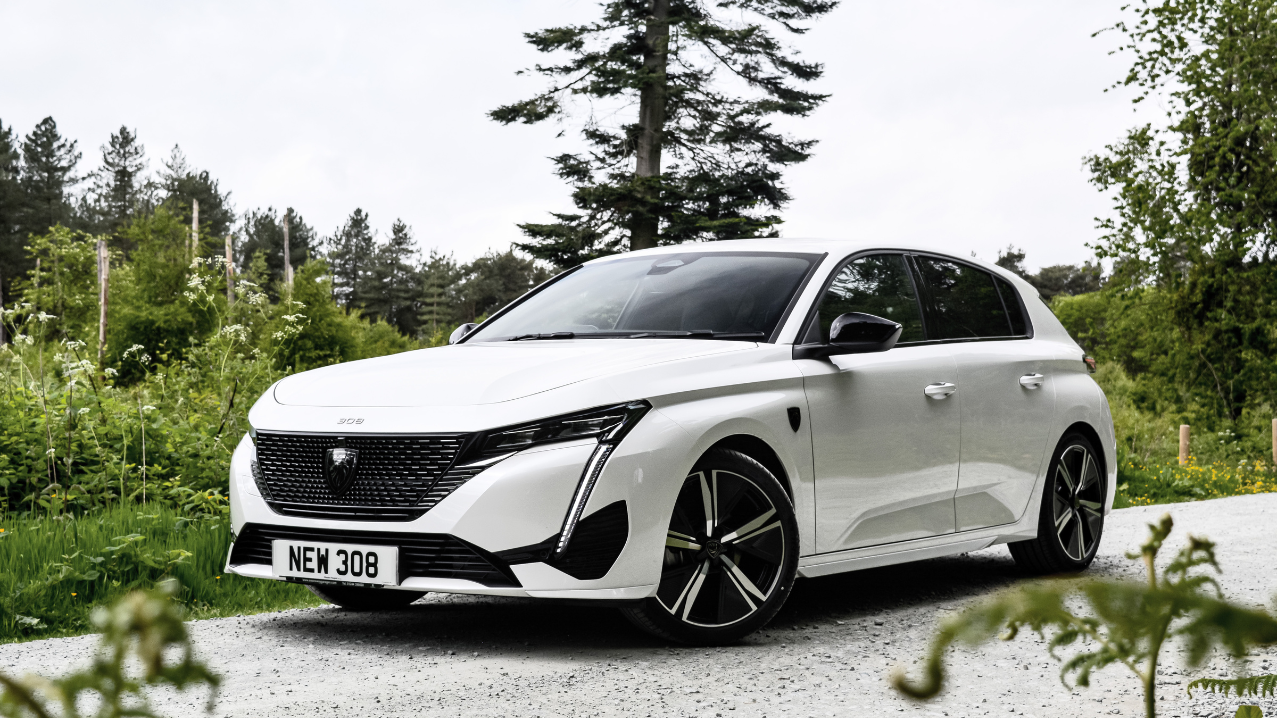 The New PEUGEOT 308 is better than ever.

The New 308 is a family car that gains as much of its appeal from being practical as it does from being stylish inside and out. It’s a left-field choice against established rivals like the Ford Focus and Volkswagen Golf, but it deserves to be in the discussion with the best in the business..

The new 308 sits on a wheelbase which is 55mm longer than its predecessor, which means that it’s able to offer more in the way of interior space than before. It’s a far less button-heavy place to be than before, too, with Peugeot leaning more on screens and displays instead.

Peugeot has also remodelled the car’s dashboard to offer more space for those sitting in the front, and though the boot has fallen in capacity from 470 to 412 litres, Peugeot says that the car is able to offer more rear-seat space than before as a result.

Because style is high on the agenda with this car, when you look inside it’s clear that PEUGEOT was keen to give the car an almost futuristic design despite its more humble pricing. There’s a lot of design going on but it manages not to look too fussy, particularly thanks to the fact the infotainment screen controls most of the cabin’s features, which removes button clutter.

The exterior of the new 308 has undergone a huge transformation. Thanks to sitting 20mm lower than the car it replaces it looks more hunkered-down than before, while the front end of the car incorporates eye-catching ‘claw’ headlights similar to those that we’ve already seen on the 508 saloon.

This is also the first time that Peugeot’s new logo has been used on a production vehicle and it sits in pride of place on the bonnet. It’s backed by an intricate grille and framed by sharp LED headlights.

It’s a smart, chic design that’s full of character without being over-designed. There are some decent touches such as the angled headlights with a slot cut out of them, while the swooping lower grille adds a premium touch.

Peugeot has given a significant boost to the new 308’s on-board technology levels, with a new 10-inch instrument cluster replacing the conventional dials. It’s easily configurable too and can be used to showcase all manner of readouts and displays.

This is backed by a second 10-inch display which houses all of the key media and navigation functions. It’s standard across the range, too, which means that no matter what specification you opt for you’ll be able to take advantage of the high-end display. Other technology includes adaptive cruise control, speed limit recognition, and a smart park assistant all work together to make driving a breeze.

The engines fitted to the new Peugeot 308 consist of the latest Euro 6* low CO2 engines. In petrol the three cylinder 1.2 liter engines: PureTech 130 S&S EAT8 and then for diesel the four cylinder 1.5 liter: BlueHdi 130 S&S EAT8. There is also a selection of hybrid engines with HYBRID 225 e-EAT8 and the HYBRID 180 e-EAT8. 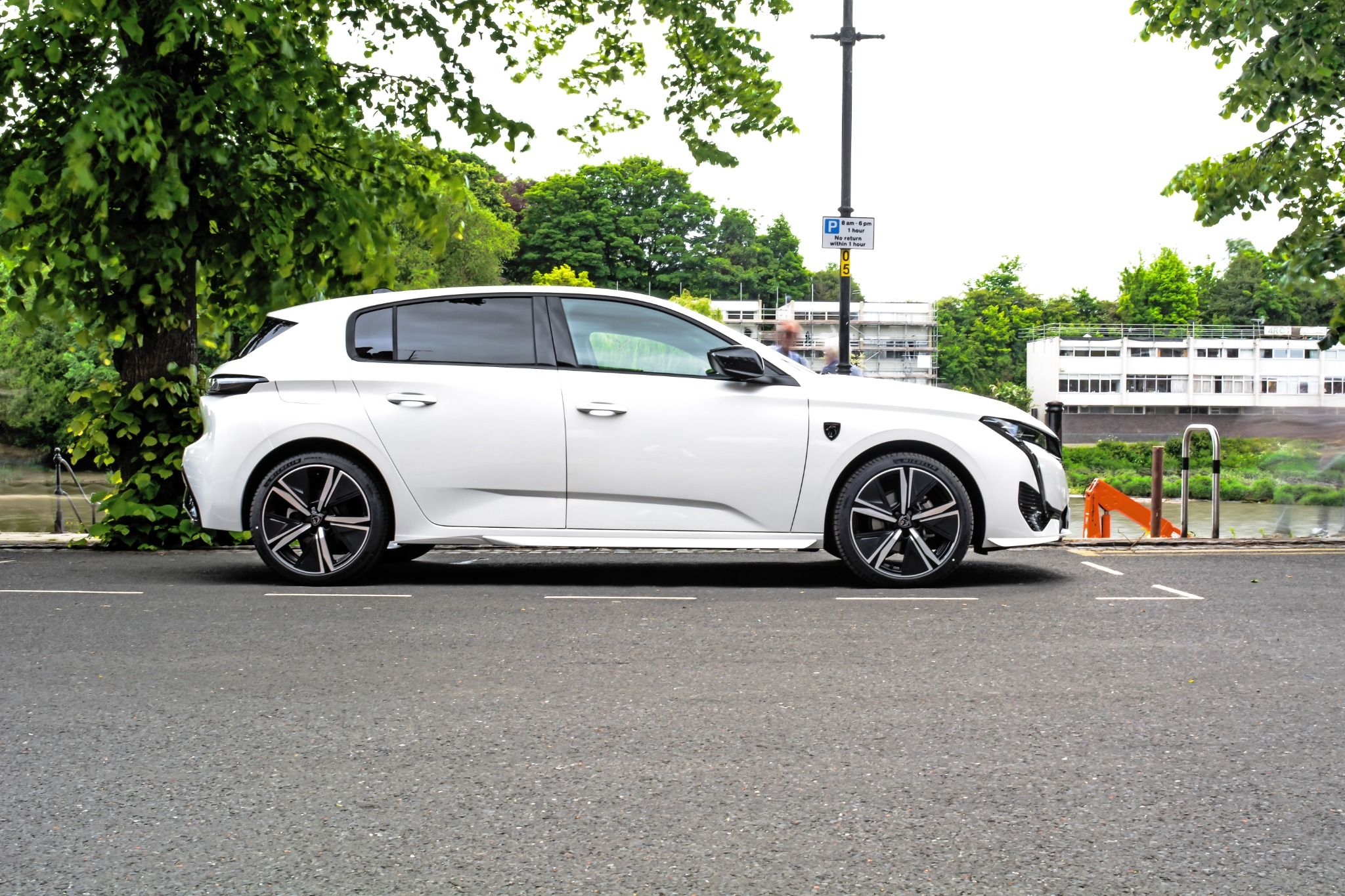 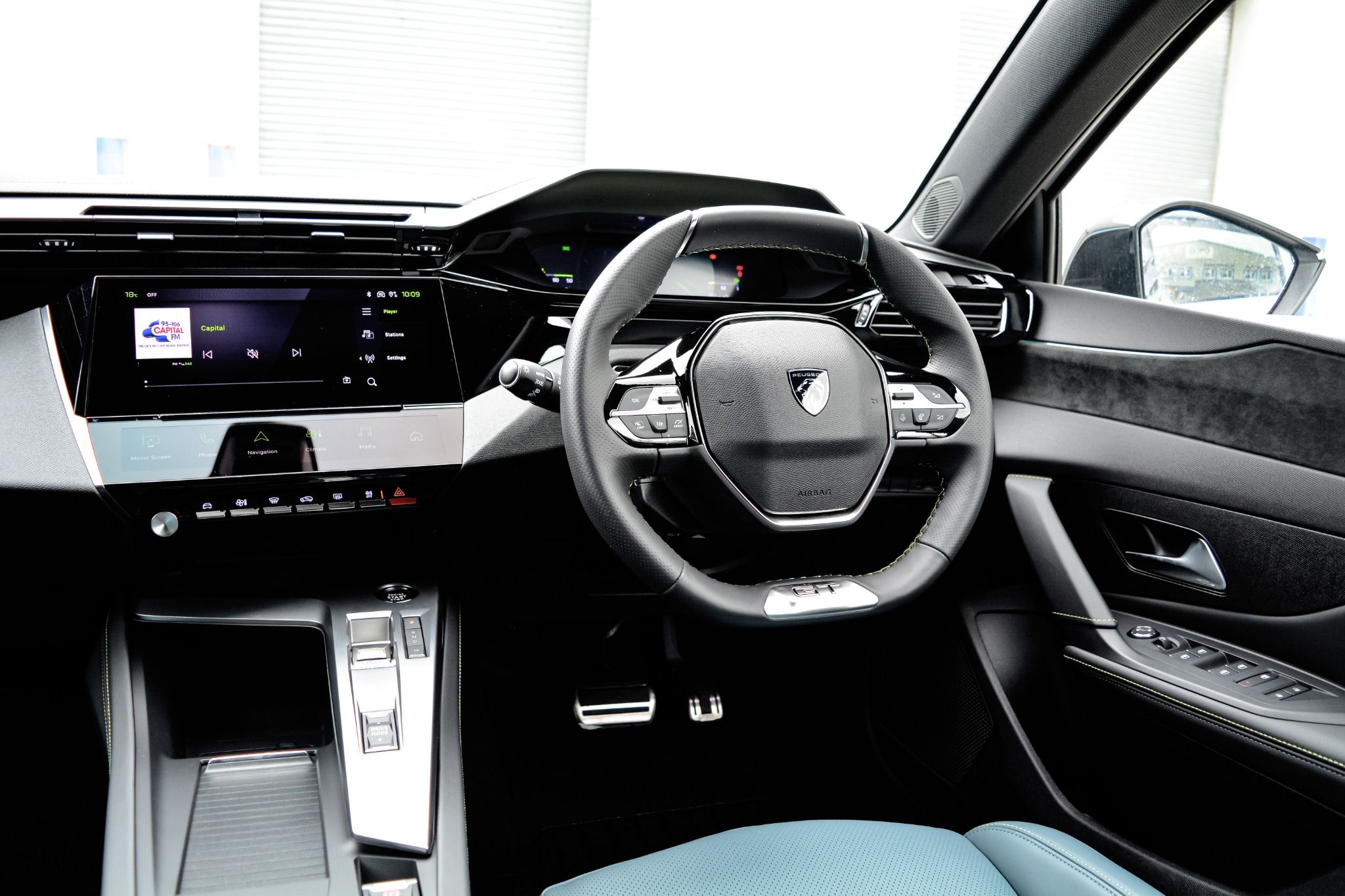 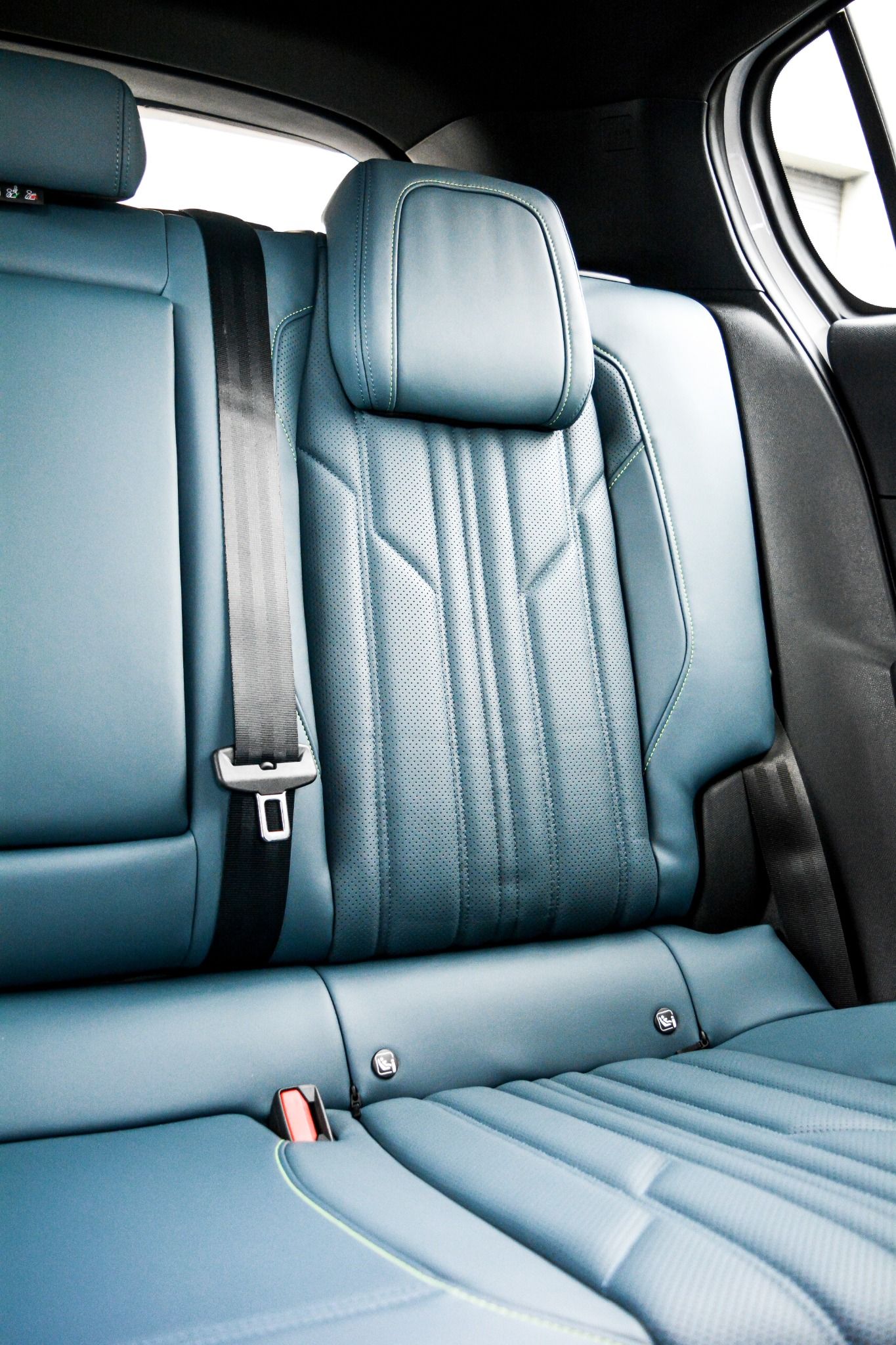 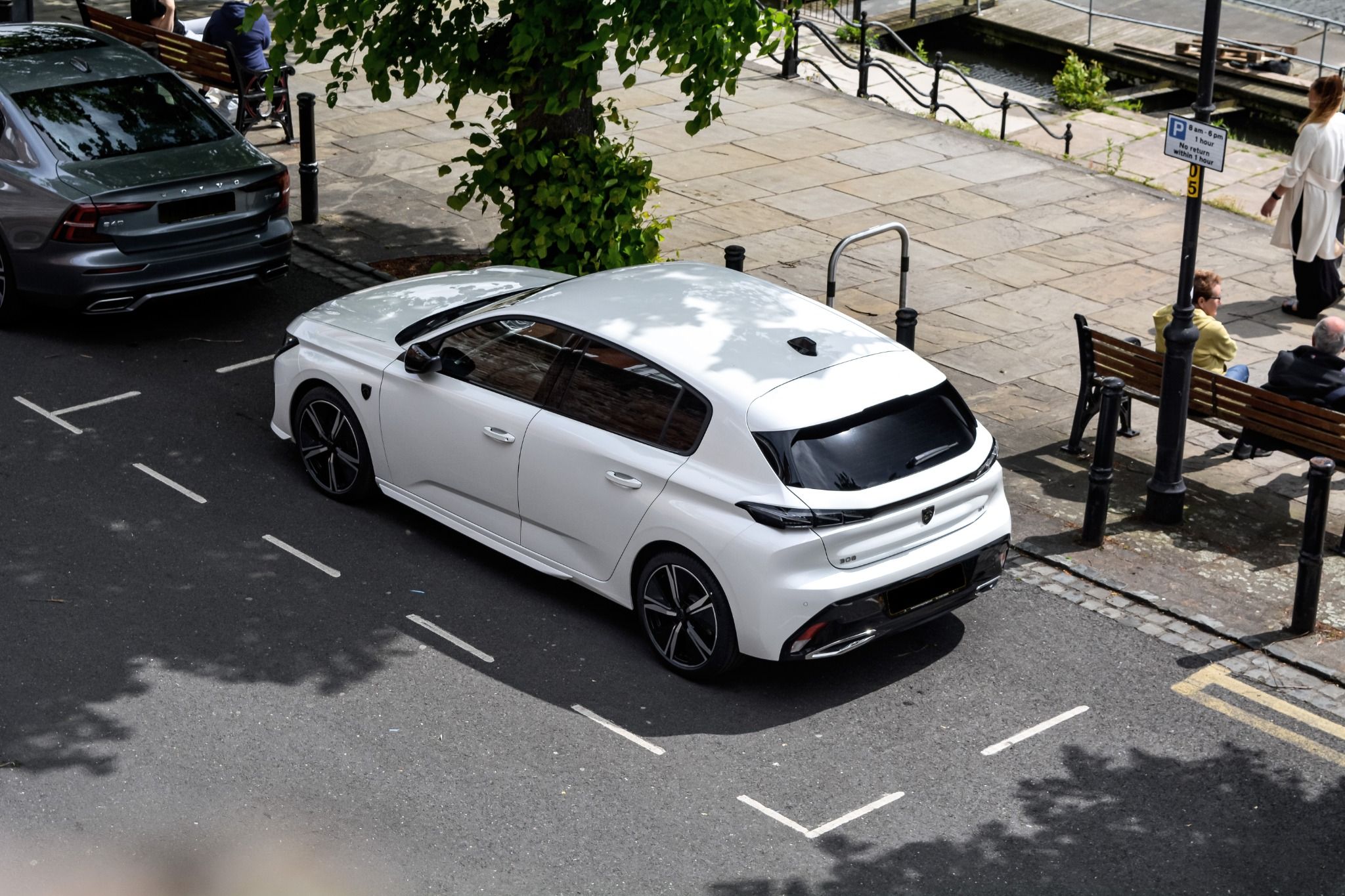 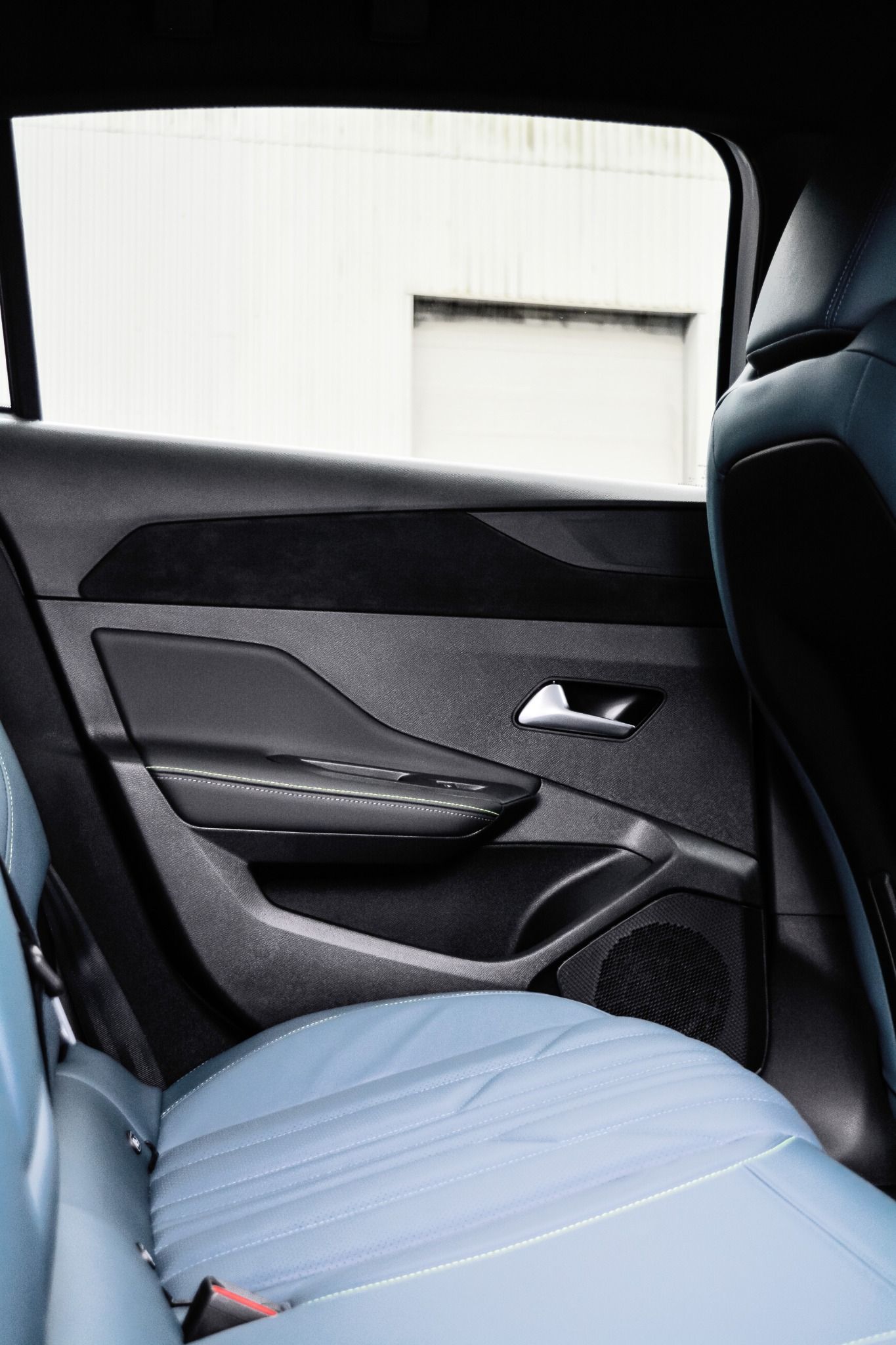 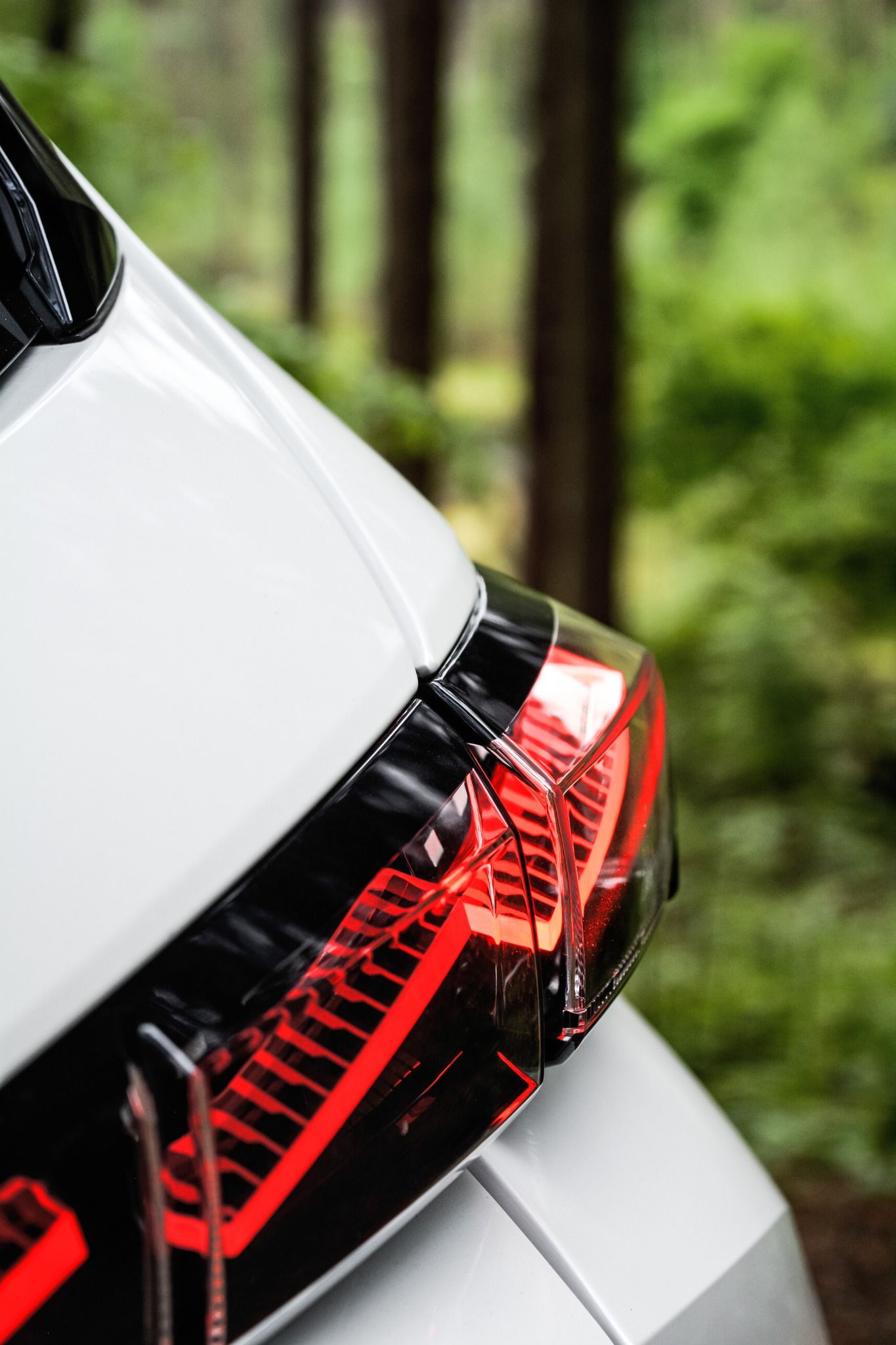 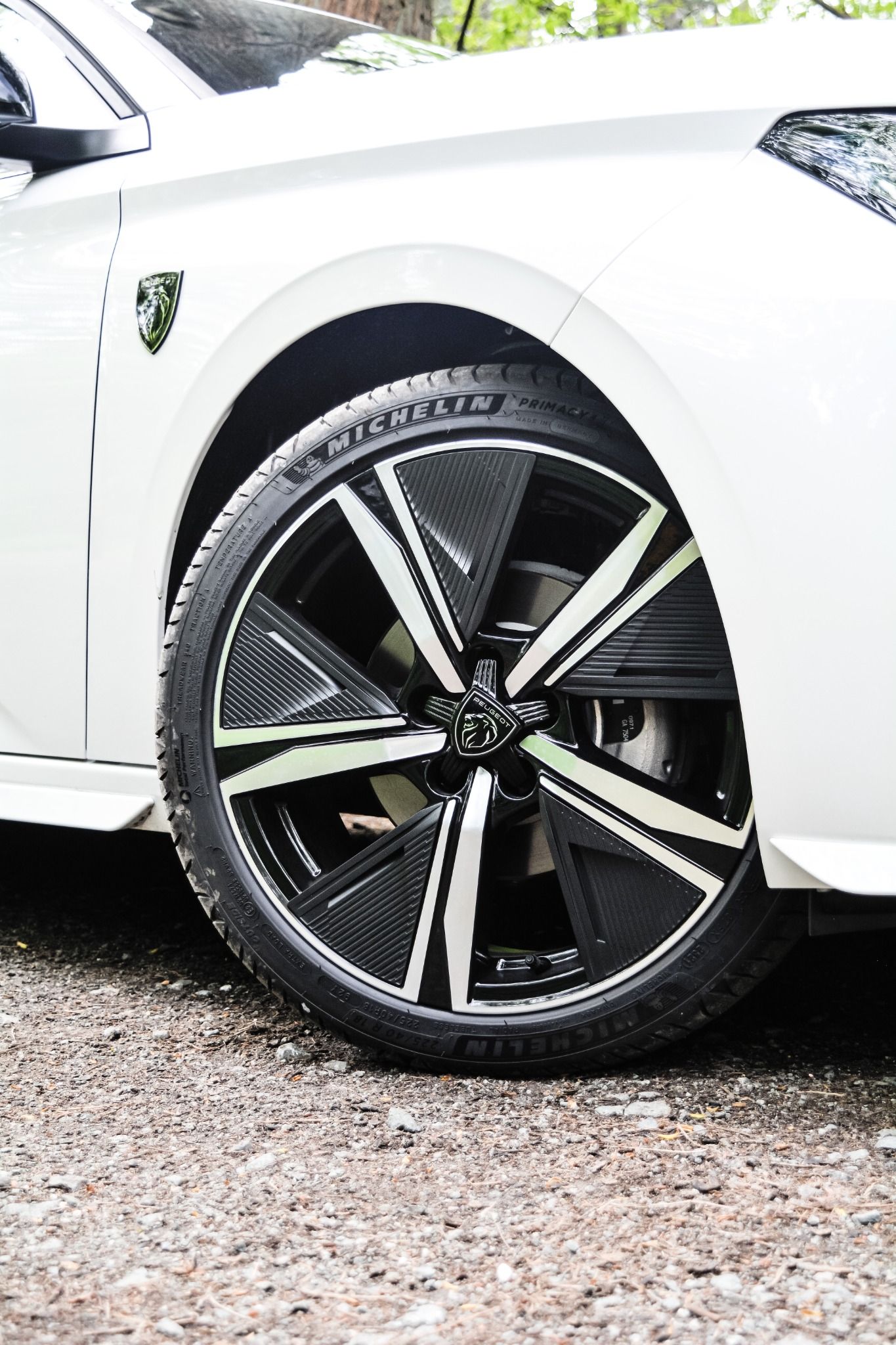 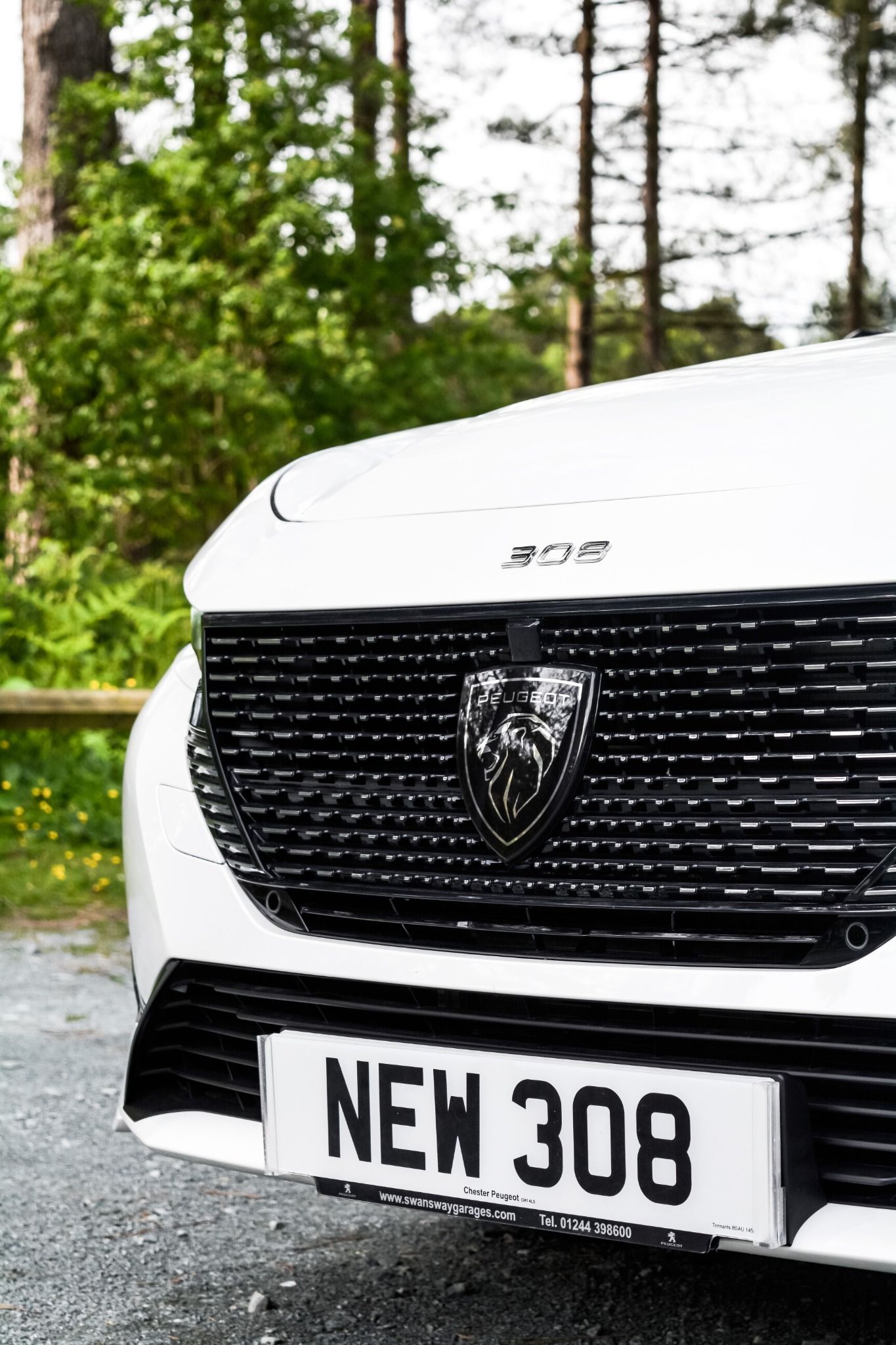 What trim levels are on the new Peugeot 308?

Despite being the entry-level trim, the Active Premium model still gets the full 10-inch infotainment system with the PEUGEOT i-Cockpit instrument binnacle. It also gets a connected 3D navigation system and can be connected to your smartphone through MirrorLink. Other equipment includes Multi-function split leather steering wheel and 16” alloy wheels.

​Step up to the Allure and equipment levels quickly improve, with 17-inch alloy wheels front grill with horizontal chrome stamping​with being the key design upgrades. Other improvements include an electric parking brake, electric folding door mirrors and front parking sensors.

Next up is the Allure Premium this includes 17" 'Halong' diamond cut alloy wheels. In car features such as wireless smartphone charging and safety features like Long range active blind spot detection.

Stepping up to the GT Premium you get 18" 'Portland' diamond cut two tone black alloy wheels. For the interior music never sounded better with Focal Premium HiFi 10HP system, with 4 tweeters, 2 woofers and 1 central speaker with sub woofer (Hatch only). Other equipment includes Visio Park 3 with some features such as 360 HD colour camera system and semi-automatic parking assistance.

Treat yourself to Versatility of the new 308 Hybrid, allowing you to travel both short and long distances.

This PEUGEOT Hybrid dashboard displays your energy consumption allowing you to manage your vehicles driving range.

Control at your fingertips. You can use your Smartphone to pre-set the temperature, activate charging and even monitor your charging progress.