The fastest and most powerful model to date is also only the second in Honda history to be turbocharged.

As one of the most recognised performance cars in the world, the Type R is certainly in the running to be king of the hot-hatches. It’s begun its quest for the title in good form by setting the fastest front-wheel-drive lap time at Nürburgring, the traditional test track for many manufacturers.

Differentiating it from other Civic models, the spoilers, vents and ducts of the new Type R push the car harder into the road surface for better grip and agility. They also improve aerodynamics and cooling.

Wheels are now sporty 20” Piano Black, wrapped in Continental ContiSportContact 6 tyres. At the rear, there are three central exhaust pipes nestled tidily in the diffuser, blending form with function.

The styling is undeniable with the Type R badge proudly displayed. Its sleek yet aggressive bodyline and overhanging wheel arches produce considered aerodynamics capable of minimising drag and lift. Privacy glass and a black grille provides just the right amount of cool.

Now lighter and lower, the new Honda Civic Type R allows the driver to feel completely in control from his snug seating position. A choice of three driving modes - comfort, sport and +R - will let you feel in command of both this performance car and the road! 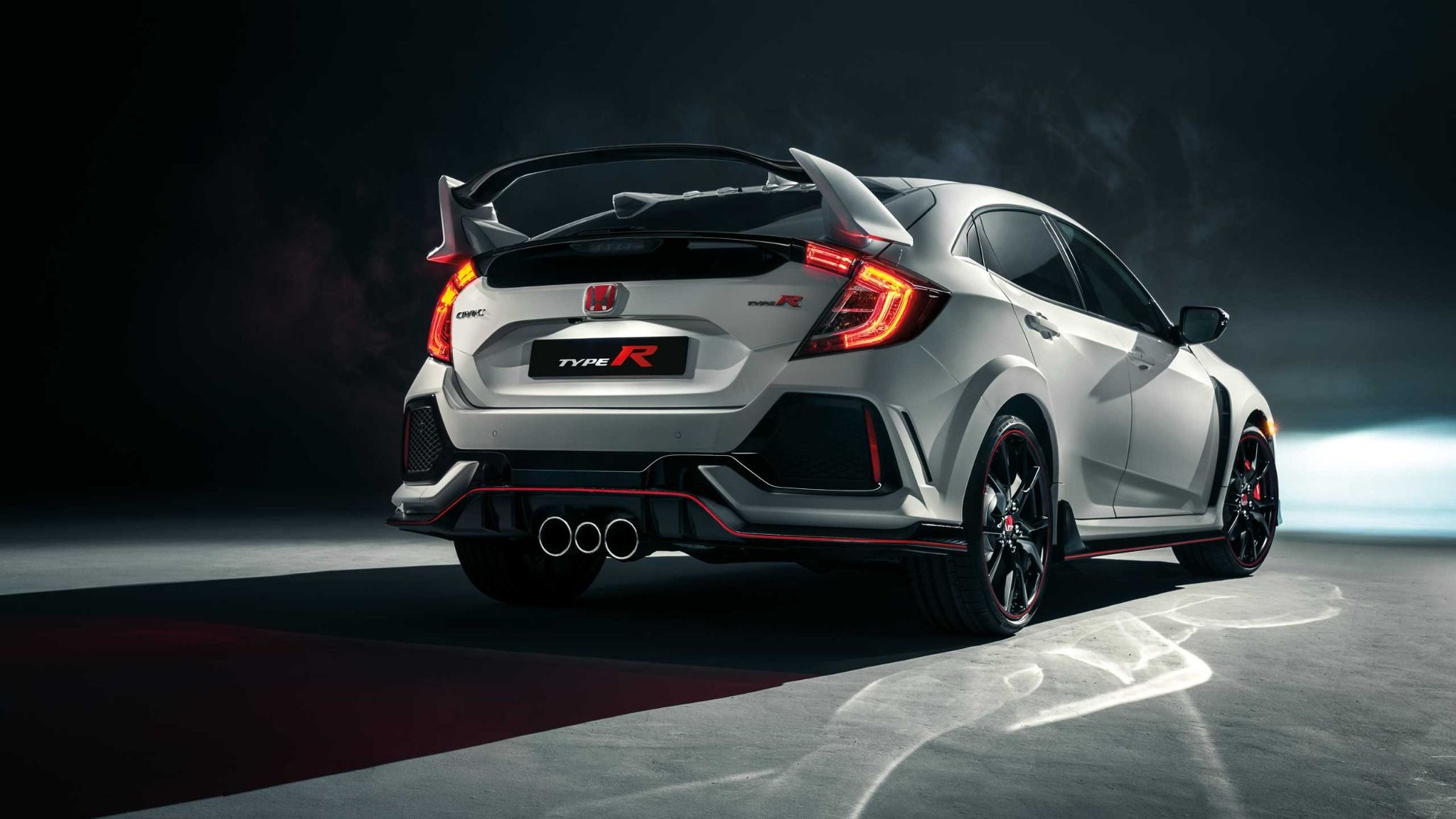 ​The Honda Civic Type R offers space and functionality with a comfortable interior. The driver and passengers get excellent adjustability making the front and rear space a relaxing place to be. Larger belongings can be stored in the luggage compartment, which has a capacity of between 420 litres and 1,580 litres.

Getting into and starting the Honda Civic Type R is quick and easy thanks to Smart Entry & Start. In terms of safety, the Type R is endowed with as much equipment as possible. The usual airbags (driver, passenger, side and side curtain), ABS, EBD and Lane Keep Assist are joined by a whole host of useful features.

The updated turbocharged 2.0-litre i-VTEC engine produces 316hp while the torque figure remains at 295lb/ft - enough to launch from 0-62mph in just 5.8sec.  This solidifies the Civic Type R’s performance car credentials as one of the fastest front-wheel drive cars on the market.

The 170mph top speed eclipses its rivals.  Large Brembo brakes (350mm at the front and 305mm at the rear) provide awesome stopping power and the 245-section tyres and increased track width ensure you’ll never be left wanting for grip.  A sizeable rear wing and roof mounted vortex generators aid airflow over the car for improved aerodynamics.

The Ferrari F40-aping triple exhaust is not solely an aesthetic choice.  The centre pipe enhances the sound of the four-cylinder turbo engine, while reducing drone at cruising speeds and improving usability.  One of the most significant changes to the new Honda Civic Type R is the inclusion of independent rear suspension to provide better handling, ride quality and braking. 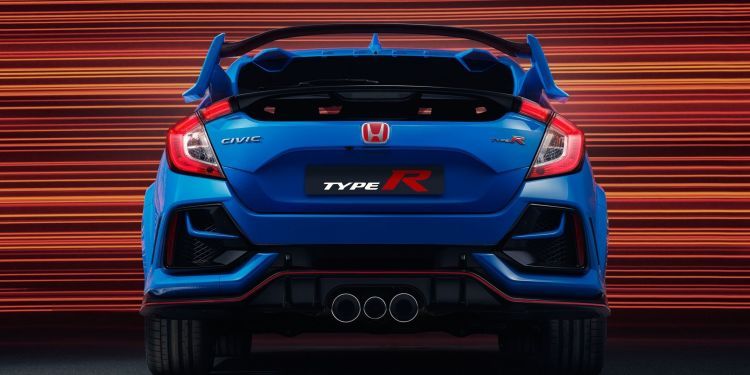 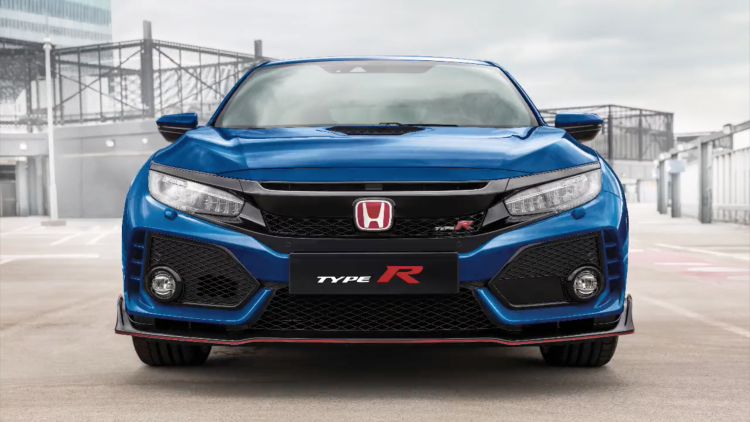 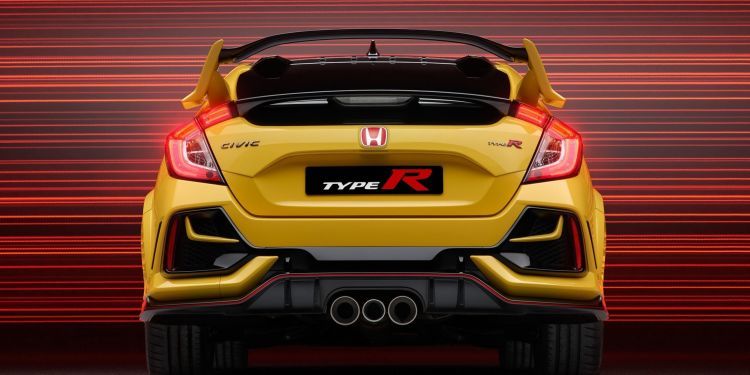 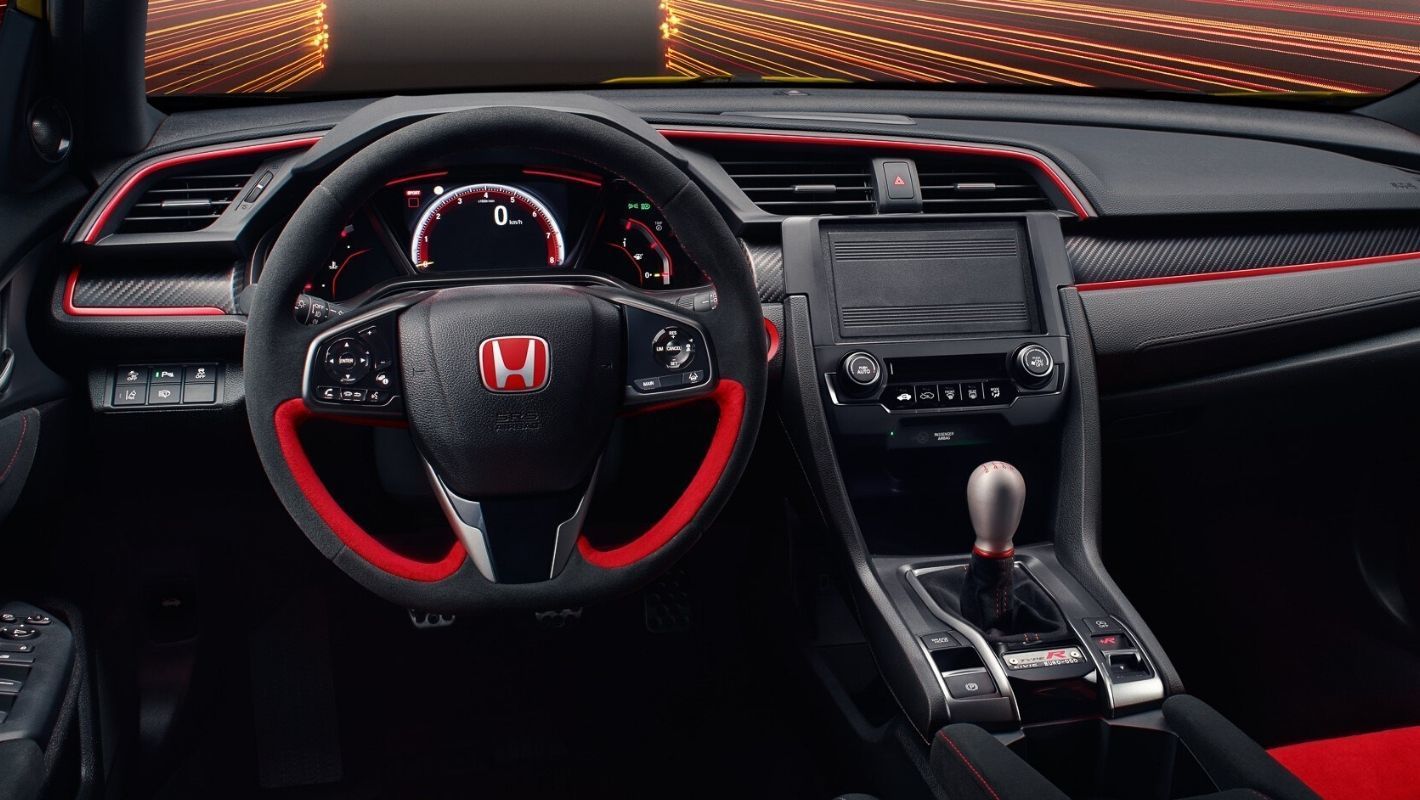 What trim levels are on the Honda Civic Type R?

In addition to Type R features include:

In addition to GT features include:

If your heart is saying yes but your head needs a little more persuading, our Civic Type R Test Drive Review might be able to help you convince your head!

Motoring Journalist, Darren Cassey, reviews Honda's finest in a range of categories such as styling, handling and value for money and explores how this racing beast has evolved throughout its lifetime to reach a new level of maturity which will appeal to both the purists and newcomers.

​This is the new Honda Civic Type R – it has huge shoes to fill and marks a change in tactic by Honda. You see, normally when a new Civic is built, the Type R team can’t get started until the car is finished and on dealer forecourts, but this time the standard car and hot version have been built in tandem.

The last Civic Type R was made in pretty low numbers and had a reputation for being rapid and unforgiving. For this version, Honda wanted it to be more approachable, so the ride has been softened off and an extra ‘comfort’ driving mode introduced alongside the standard ‘sport’ and performance-focused +R.

There’s a whole host of new tech too, such as clever engine cooling, improved aerodynamics and revised suspension. And the fuel tank has been moved so you sit lower in the car than before, which is fantastic news.

Honda wants the Type R to go more mainstream. Seventy-five will be built every day at its Swindon plant, with 13,000 expected to be built for the world market over the next 12 months. The UK is expected to get just shy of 1,500 first-year units – about one-third of Europe’s allocation.

​The Civic Type R’s styling is sure to divide opinion. The brutal, angular design of the standard car is amplified by the hot version’s functional aerodynamics – the front splitter, vortex generators on the roof and that prominent rear wing are certainly eye-catching.

Inside, the dashboard design is fairly uninspiring and doesn’t quite have the visual drama of the exterior. The plastics are fairly cheap but durable, while the surprisingly comfortable bucket seats add a welcome touch of sportiness.

​The latest Civic is longer and wider than ever before, and thanks to a repositioned fuel tank one of the biggest complaints of its predecessor has been addressed – the driving position. Not only do you sit lower in the car, the increased wheelbase improves cabin space and furthers the Type R’s case as a practical performance car.

There are plenty of cubby holes, with the centre console featuring two large, staggered spaces in which to store items. However, the USB and 12V adapter slots are impractically placed low down. Under every objective measure, the new Civic Type R is better than the old one. In fact, it’s come on leaps and bounds, feeling much more grown up and serious about the job of going silly-fast.

However, its character has somewhat changed. The old model felt like it was straining at the leash even when cruising around town, but the new one is much more approachable even in the track-focused +R mode and is far less likely to be unsettled by bumps in the road.

Flick the drive mode selector to this sportiest setting and throttle response is improved, the steering becomes heavier – a little too heavy at slow speeds – and the ride firms up. On the road the standard sport setting is enough, but +R mode transforms the Type R into a hyper-alert hot hatch and it’s hard to resist its sense of urgency.

On track it’s ludicrously capable thanks also to the 10mm wider and stickier tyres, but it never feels intimidating. This arguably makes it slightly less fun, but there’s no doubt it covers ground much more quickly and with little fuss.

Someone driving a Honda Civic Type-R

​The going rate for high-performance hot hatches is circa £30,000, and the Civic Type R hits the nail on the head. It starts at £30,995, with the high-spec GT trim costing £2,000 extra. This puts it in direct competition with the Ford Focus RS, which is hugely appealing thanks to a clever rear-biased all-wheel-drive system, subtler styling and 345bhp, though there’s slightly less kit as standard.

Most impressive is the Honda Sensing safety system, which comes as standard. Radars, sensors and cameras work together to offer collision avoidance, road departure mitigation and adaptive cruise control to name but a few of its nifty features.

Who would buy one?

The hot hatch demographic is typically quite young, but the Type R in particular will appeal to an even younger audience because of its extrovert styling and general character. The hot hatch has been hugely popular in the UK as a performance car that can be used every day – the old Type R’s harsh ride made it hard to justify in that regard, but this latest model could genuinely be used in day-to-day life with very little compromise.

You can get in contact with one of our Honda dealerships by calling either:Honda Bolton or Honda Stockport