Why should I buy a Jaguar E-Pace?

Jaguar is already selling as many cars just with its SUVs alone as it was with its entire output a decade ago. Drive either the F- or E-PACE and you can see why.

Motoring Journalist, John Swift, takes to the road in the Jaguar E-Pace the newest addition to the Jag range.

Given the unstoppable success of its F-Pace and the insatiable demand for SUVs it was only a matter of time before Jaguar offered a smaller version and here it is in the form of the Jaguar E-Pace.

It is built on much the same chassis and underpinnings as its sister car, the Range Rover Evoque, albeit with some suspension differences; but that structure is designed for front wheel drive cars and traditionally Jaguars are pushed from the rear wheels, rather than being pulled by those up front, and in large part that’s what makes them such good cars to drive.

Does it matter? Will the buyers care?  John Swift gives his views. 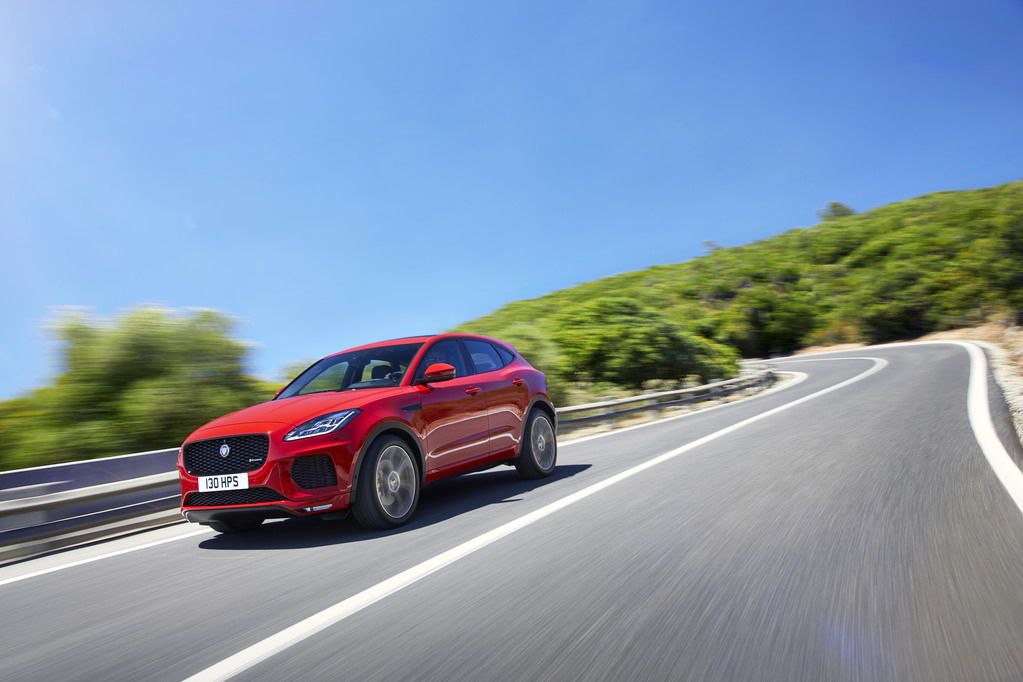 I think Ian Callum, Jaguar’s Director of Design, has drawn some of the most gorgeous cars currently on the market, but the brief here was a tough one. An SUV sits high off the ground, but this is a relatively short car and that makes achieving his usually elegant proportions difficult.

Depending on your view point, the result is either one which looks a bit pinched and needs to be stretched or one that looks solid and substantial.

It is a personal matter but to my eye the E-PACE is just a little too top heavy and its looks are not its strongest suit. Each to their own; I know many people who totally disagree with me. 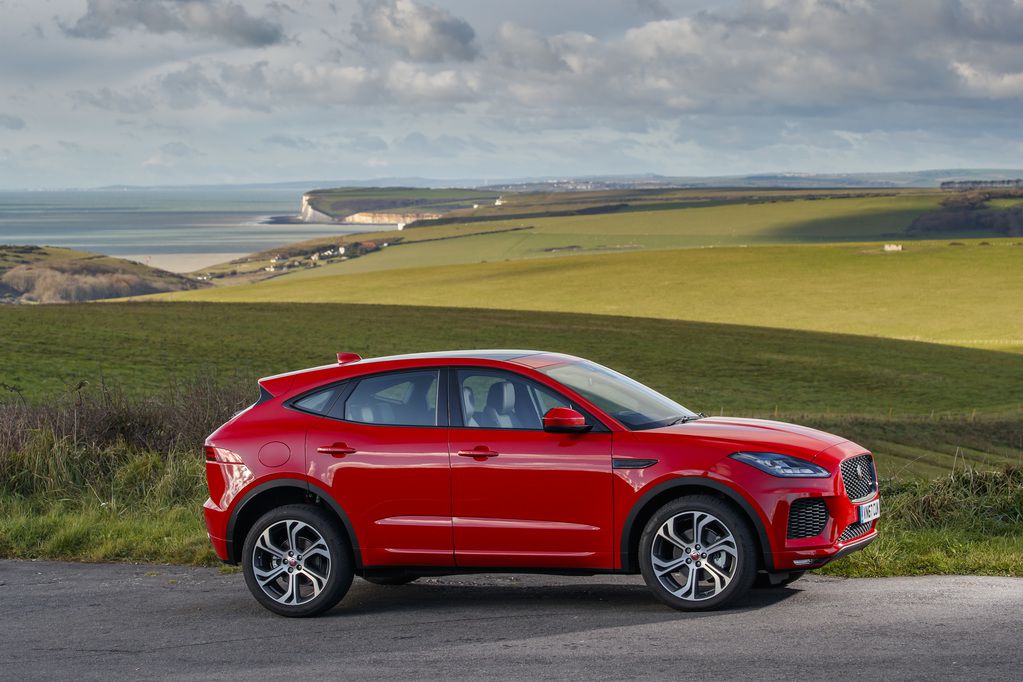 Pure Jaguar, which is to say, lovely. It has a look and feel familiar from other Jag models and has a definite touch of the sports styling to it. All the instruments, controls and functions you would expect are there and the whole package looks fabulous.

I think owners getting into a car costing from less than £30,000 will have every reason to be very happy with this part of it. Front seat occupants are well catered for and there is more space than I expected for those behind, in what is a short wheelbase car.

The powered tailgate on my test model (D180 R-Dynamic) will come in handy when you have your hands full of shopping. 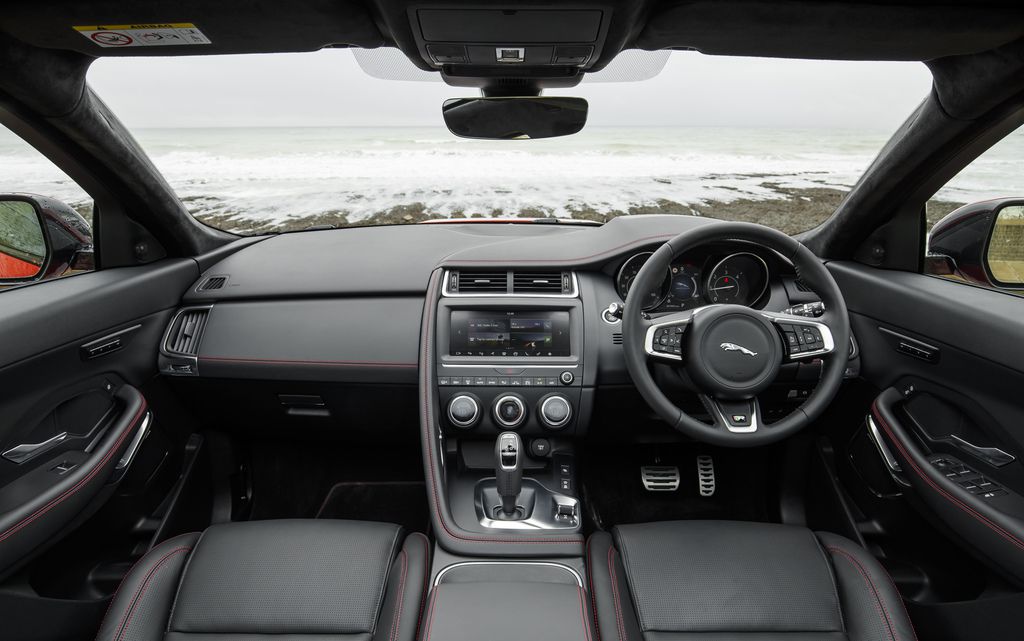 Now, for the biggest surprise and the best bit; because it’s made mainly from steel rather than aluminium, the E-PACE is heavier than the bigger F-PACE, even though it’s smaller. And as we all know, weight is the enemy of agility and sharp handling and even more so in a high car.

However, Jaguar’s engineers have done a fantastic job and the E-PACE was so much better than I imagined it would, or could be. I took it on one of my favourite test routes, one which highlights the ride quality, responsiveness, handling, steering and all the factors between you and the road.

If you want to get anoraky, I could talk about spring rates and damper settings, but I won’t, suffice to say they feel spot-on and even on the enormous wheels fitted to my test car, the ride was pretty good.

It has firm and direct steering even in `normal’ mode, let alone `dynamic’ and goes exactly where you point it and there is little sense of the mass of the car slowing its response to your command for a change in direction.  It may not be literally be ‘light on its toes’, but it’s faithful to your commands.

The chassis was perfectly complemented by the engine/gearbox in my test car. This was the 2.0 diesel in 180 PS form, bolted to the sweetest nine speed semi-auto’ transmission. With so many ratios to change up or down, the revs don’t fall or rise as much as a box with fewer gears, so progress is much smoother and the engine kept right in the middle of its torque – of which it has plenty. At 70 mph in top gear it lopes along at a very relaxed 1,500 rpm and still has plenty of steam to accelerate without needing to change down. 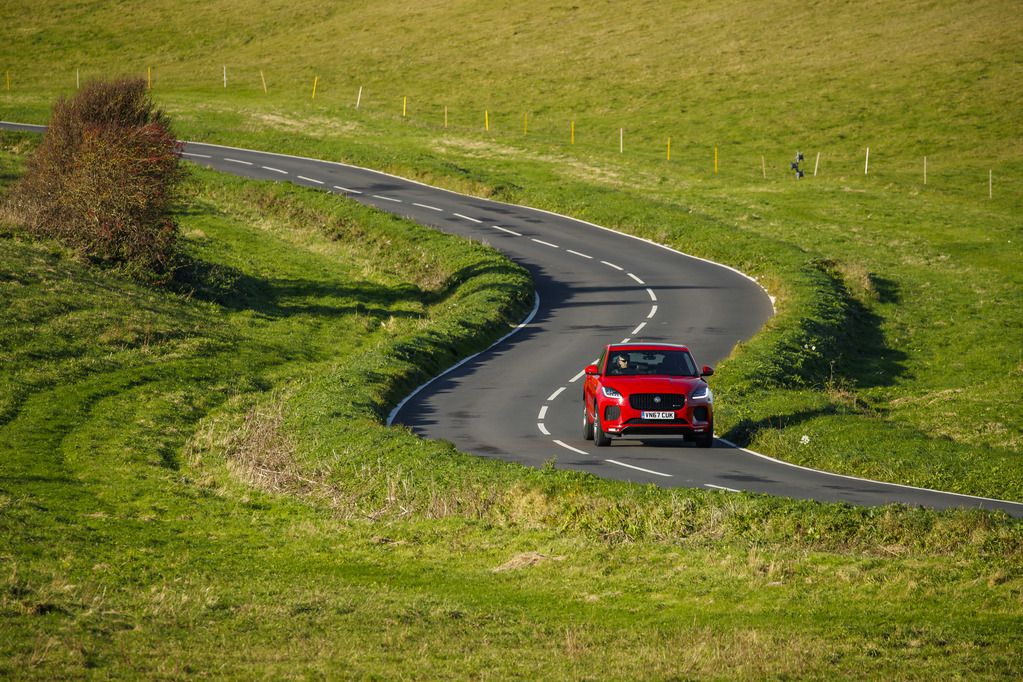 With around 50 versions there is a good choice here, with diesel or petrol (no hybrid yet), two or four wheel drive, manual or semi-automatic transmission and Jaguar’s trim levels of S, SE, HSE and R-Dynamic. 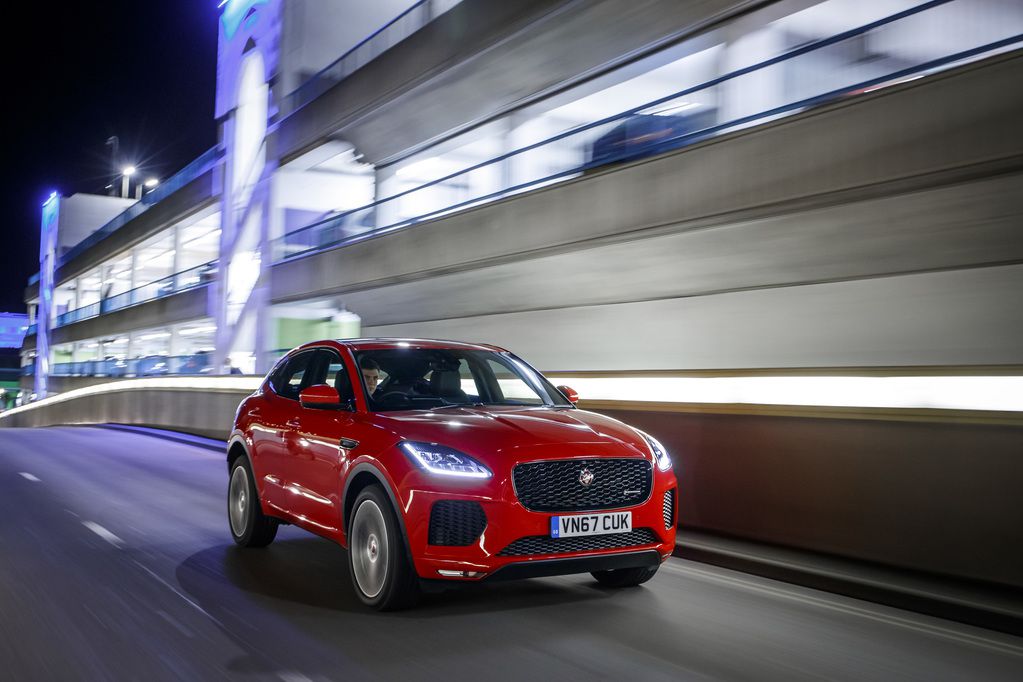 Everyone knows that the SUV market is a strong one and in this sector the German manufacturers have very strong hands to play on quality, finance and appeal.

The E-PACE has more than enough attributes to mount a serious challenge. It is fresh, has strong badge pull, brilliant engines and an as good-as-anything else interior.

It may cost a little more on PCP finance but let’s wait and see what the market says on its residuals against those older models shall we? 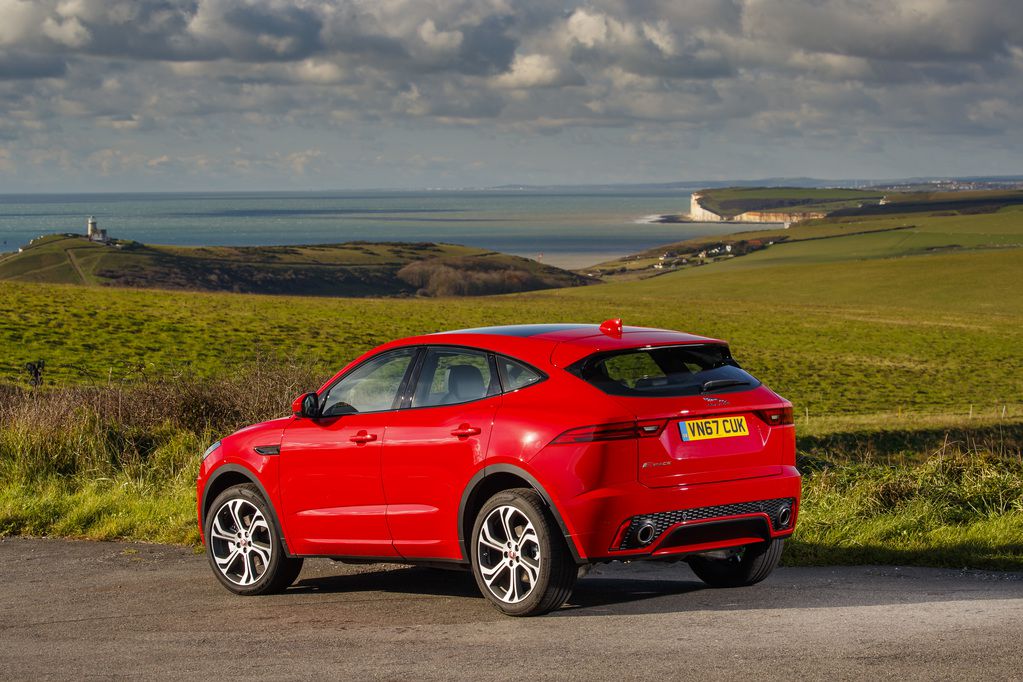 Now it's your turn to get behind the wheel of the beautiful Jaguar E-Pace.