If you’re after a car which is capable of going extremely quickly yet in remarkable comfort, then the Audi S8 could be the car for you. As the most powerful version of the firm’s luxurious executive saloon, the S8 is about as premium a car as you’ll find.

But not only does it have sports car-rivalling performance, but it also features some of the most cutting-edge interior technology around. Let’s take a look and find out what it’s like.

The S8 is a real hulk of a car, with huge proportions and imposing styling which combine to really give it a lot of presence out on the road. Matrix LED headlights up front provide both a lot of illumination at night while also giving the car a high-end look.

There are some classic Audi ‘S’ model design touches too, such as the chrome elements and silver-coloured wing mirror caps. And despite the car’s relatively undercover look, there are still four prominent exhaust pipes at the rear which give quite the indication as to the car’s performance. 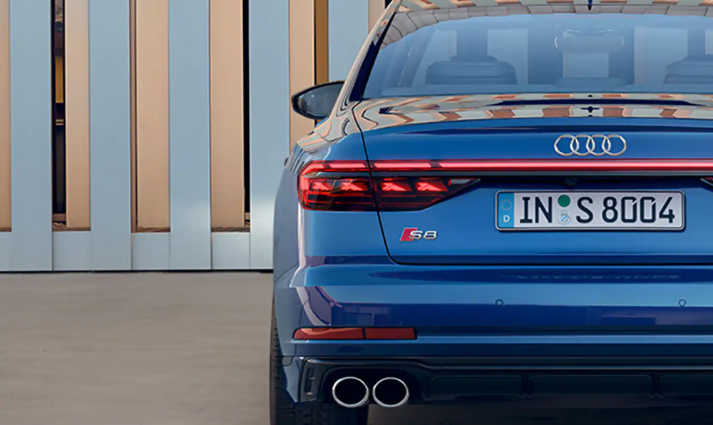 Though the S8 is pitched as a performance version of Audi’s tip-top saloon, don’t go thinking that the interior has been stripped back to the bare bones. Far from it, in fact, as the S8 features a cabin which is just as comfortable and luxurious as the regular A8.

There’s loads of space for those sat up front to enjoy, while those in the back of the car are treated to an impressive amount of leg- and headroom. It’s safe to say that if you’re a driver or a passenger, you’re going to be having a high-end journey in the S8.

The S8 is a car which is practically bristling with technology. In fact, the front seats alone are examples of how high-end the car is, with features such as pneumatically-adjustable side bolsters and three-stage heating included in both front chairs. There’s a widescreen infotainment setup too, which incorporates all of the major media controls.

Amazon’s Alexa system is also available as an option, allowing drivers to access the cloud-based assistant when on the move. What trim levels are on the Audi S8?

S8 trim highlights include the following;

In addition to the S8, the S8 Black Edition trim highlights include the following;

In addition to the S8 Black Edition, the S8 Vorsprung trim includes the following;

As with any ‘S’ model Audi, performance is high up on the S8’s agenda. As a result, the V8 engine under the bonnet packs more than 500bhp and 800Nm of torque, which sends power to all four wheels via an automatic gearbox. Audi claims that the S8 will do 0-60mph in under four seconds while flat-out it’ll achieve 155mph.

However, one eye has been kept on efficiency too, which is why the S8 is fitted with a mild hybrid system. This uses a 48-volt starter/generator to allow for engine-off coasting, a faster restart and an extended start-stop range which all combine to help deliver better fuel economy. 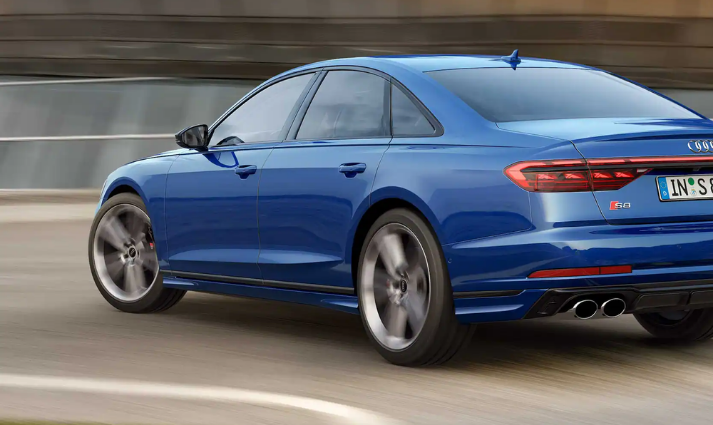