What did the automotive world reveal at CES 2020?

We take a look at some of the stand-out motoring reveals at this year’s CES tech show.

Each year, the tech world flocks to Las Vegas for CES — formerly known as the Consumer Electronics Show.

Traditionally it was the place to see the latest phones, televisions and laptops, though now more and more car manufacturers and automotive parts suppliers are showcasing their latest developments at the event as tech plays an ever-more important role in vehicle development.

With CES 2020 having come to a close, we take a look at the stand-out reveals from the automotive world…

Though Sony made a not-so-surprising announcement of the PlayStation 5 logo at CES, it sent shockwaves through the show with a completely different reveal — the Vision-S autonomous car concept. In what proved to be an incredibly well-kept secret, the Japanese tech giant worked with engineering firm Bosch and automotive manufacturer Magna Steyr to put together this prototype. 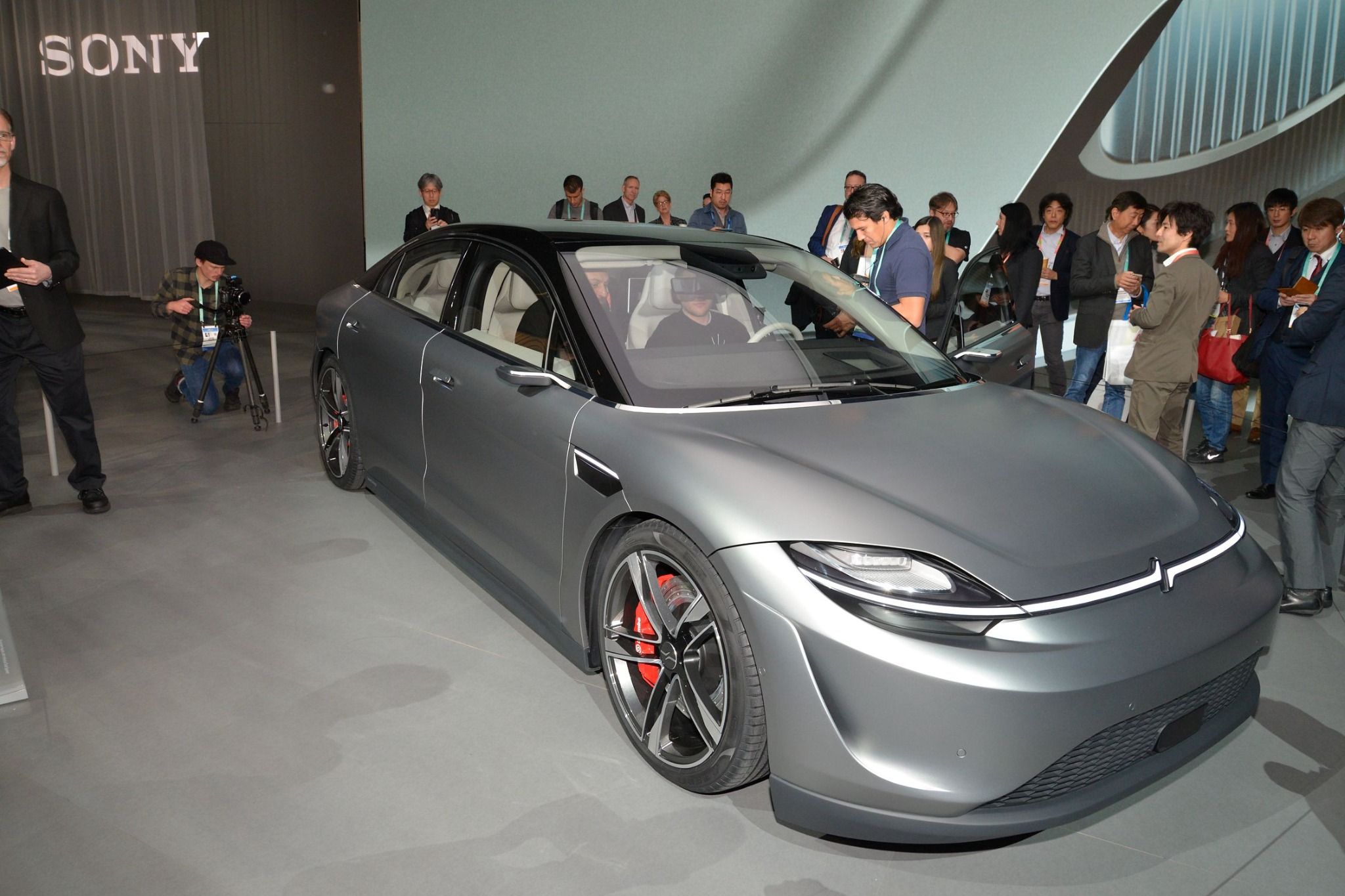 There are 33 sensors inside and out of the car to identify and monitor people and objects, as well as a huge panoramic touchscreen up front which houses entertainment, AI and telecommunication functions. It’s unclear at this stage if Sony will put the car into production, or if it is using the Vision-S as a showcase of its technological capabilities.

Sun visors may be one of the least glamorous elements of a car, but they’re certainly one of the most useful — coming in handy to reduce glare when behind the wheel. The problem is they can also drastically reduce visibility on the road, which is a problem Bosch thinks it has solved with its new Virtual Visor. 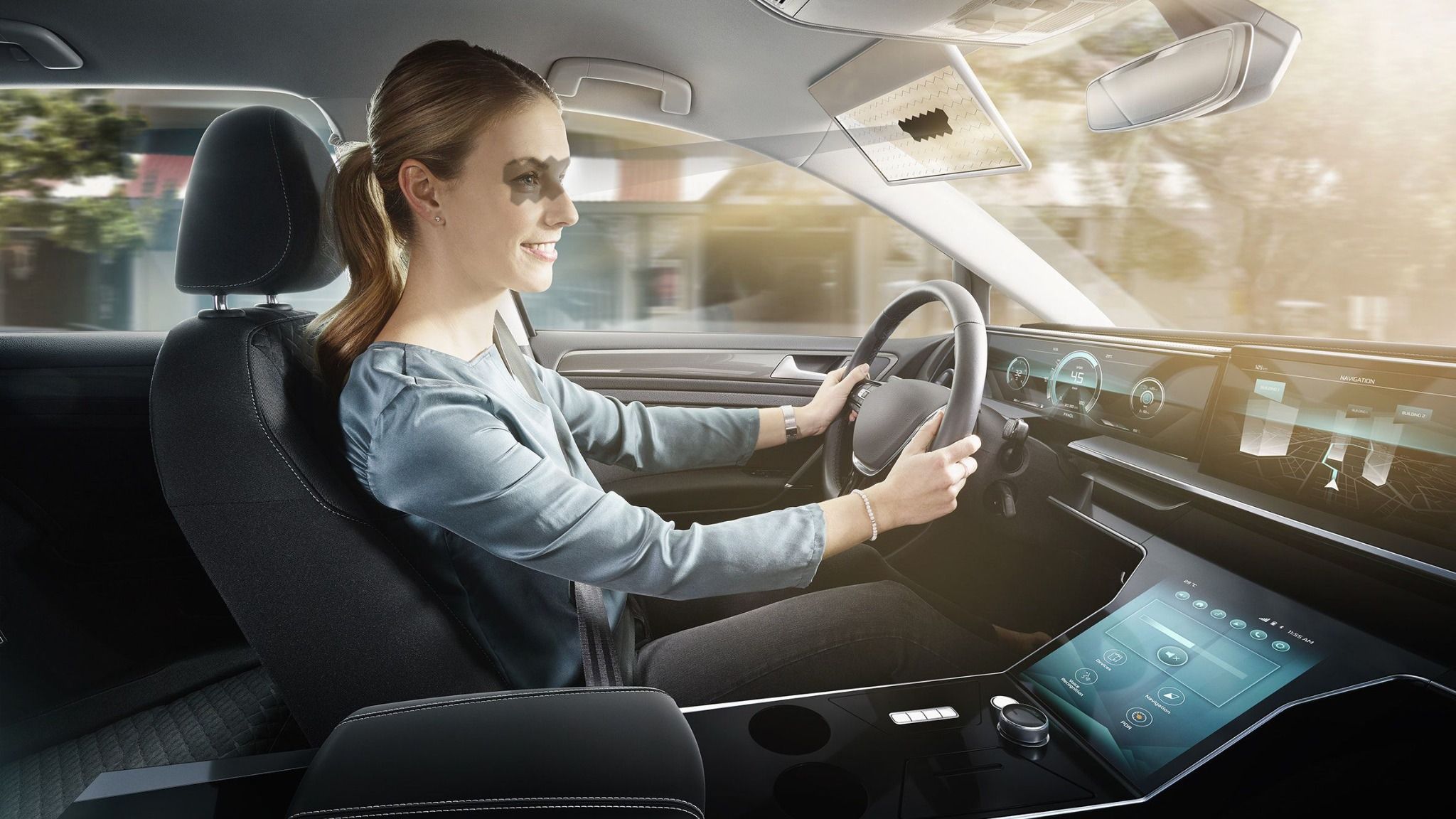 This LCD display is capable of blocking out only sections of light that are hitting the driver’s eye, leaving a good part of what’s in front of the driver in view while minimising glare. It judges what sections to block out by using a driver-monitoring camera in combination with artificial intelligence.

Hyundai used CES as a chance to showcase its vision of the future of transport. The firm wants to move to being a ‘smart mobility solution provider’ rather than just a car manufacturer, and this three-part concept could be its key to doing that.

It consists of a vertical take-off and landing (VTOL) vehicle which would use urban skies as a means to cut congestion on the roads and make journeys faster, able to land at locations known as a ‘Hub’. From here, travellers are said to be able to socialise or head into an autonomous Purpose-Built Vehicle (PBV). This PBV is used as ground transport, and could play host to a number of services — including coffee shops and medical clinics.

Through a strange mash-up between one of the best-known manufacturers in the world and a blockbuster film, the AVTR sees the worlds of Mercedes-Benz and Avatar combined. It features a ‘multifunctional control element’ within the car, which reacts to the driver’s hand and lights up accordingly, as well as 33 ‘bionic flaps’ at the rear of the car which can all independently move. Very Hollywood. 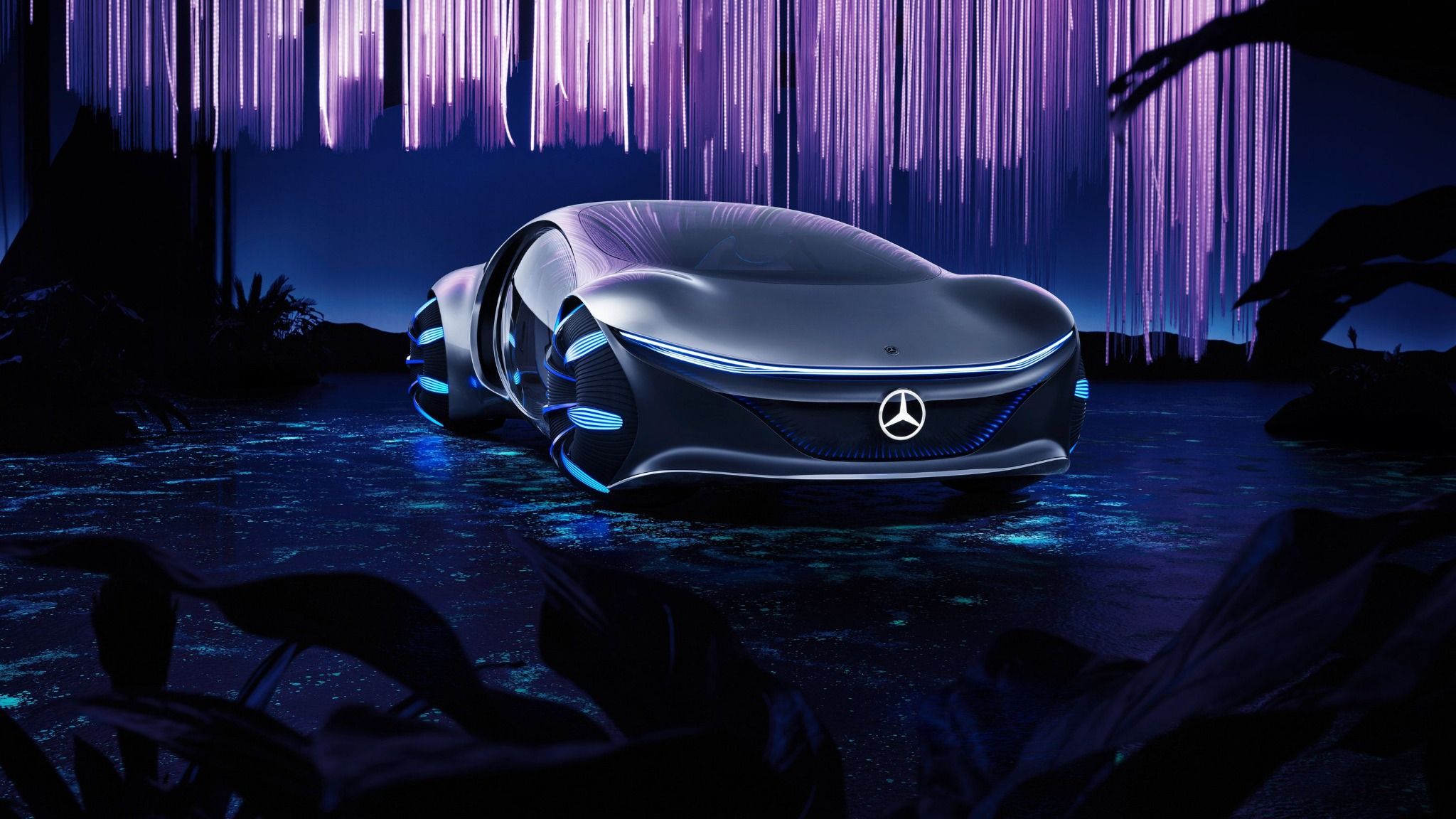 But in real-world terms, there’s some cutting-edge tech here too; the all-electric AVTR makes use of a new type of battery which, Mercedes says, is completely free of rare earth metals. It means the onboard battery is compostable and completely recyclable – limiting the environmental impact of the car enormously.

Land Rover debuted some ground-breaking new tech on its Defender at CES, too. It’s been revealed that the new Defender is arriving this year with a dual-eSim setup, which allows for over-the-air updates while giving the option to simultaneously stream music or apps. Essentially, the car can update on the move while streaming audio with no loss of quality. 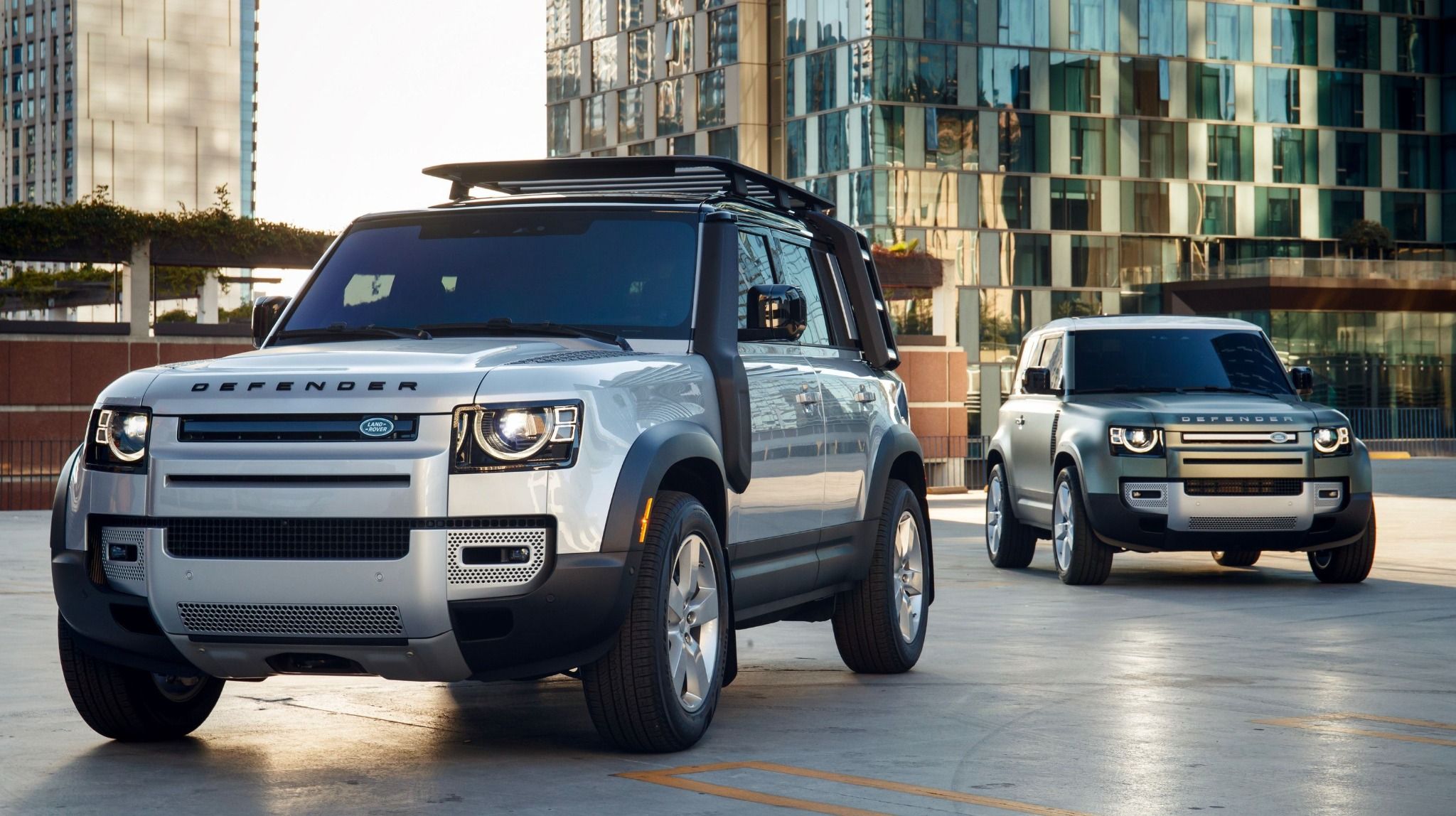 Sadly this stunning electric motorbike is merely a concept built by energy storage system firm NAWA Technology to demonstrate its new hybrid battery technology. It claims the set-up offers 10 times more power and five times more energy than traditional systems and could be fitted to any electric vehicle. 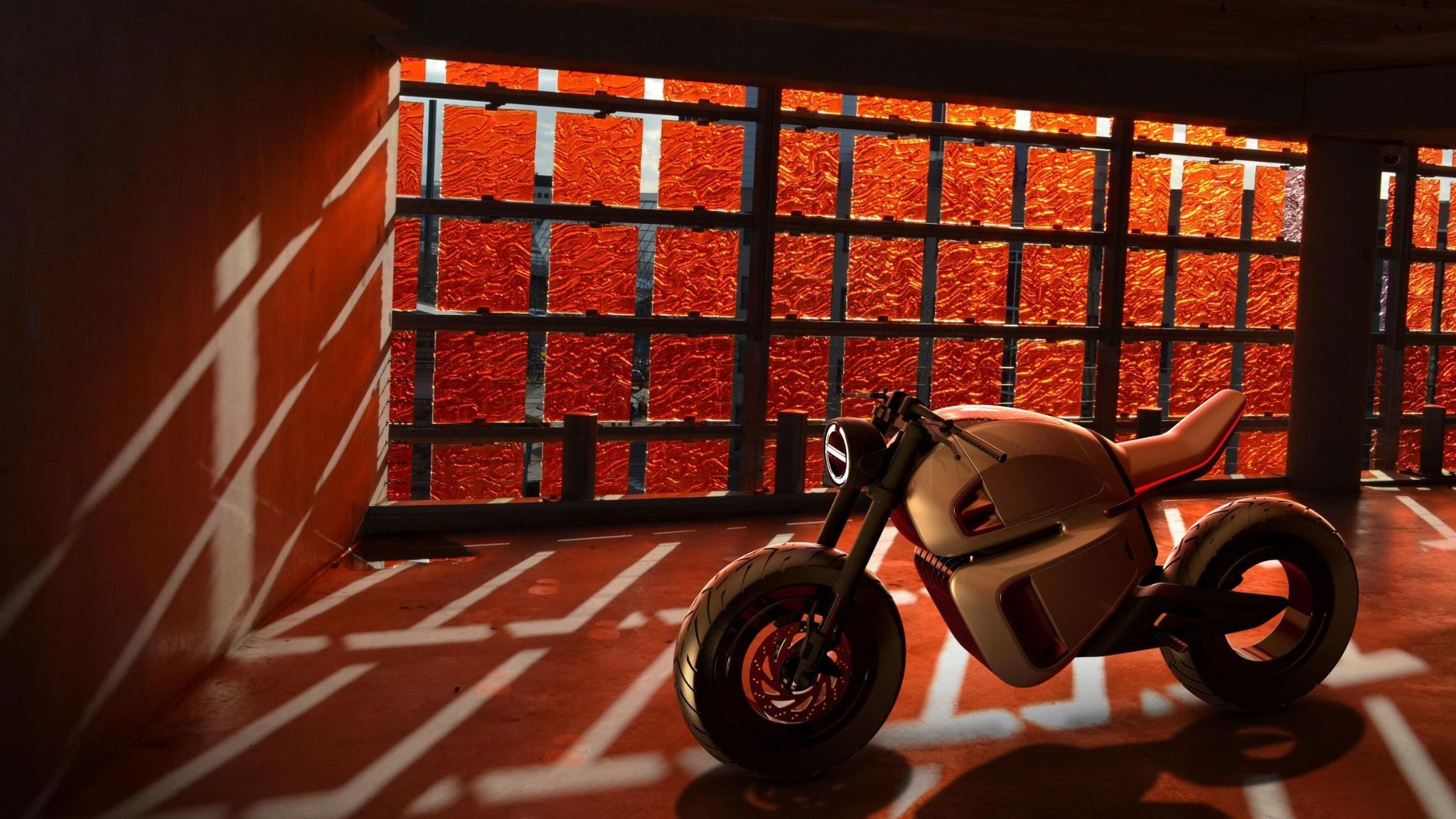 Despite not being a production model, NAWA released some impressive performance numbers for its e-Bike.