Bringing a striking new design alongside a high-tech interior, it’s an MPV for the modern age the Multivan.

The Multivan is set to go on sale in January 2022

Volkswagen has always been a manufacturer capable of making some seriously practical vehicles. Take the old Caravelle; beloved by families and minicab drivers alike, it offered space alongside a very car-like driving experience. Well here’s is its replacement - the Multivan. Bringing a striking new design alongside a high-tech interior, it’s an MPV for the modern age. But what else do you need to know about it? We’ve been behind the wheel to find out. 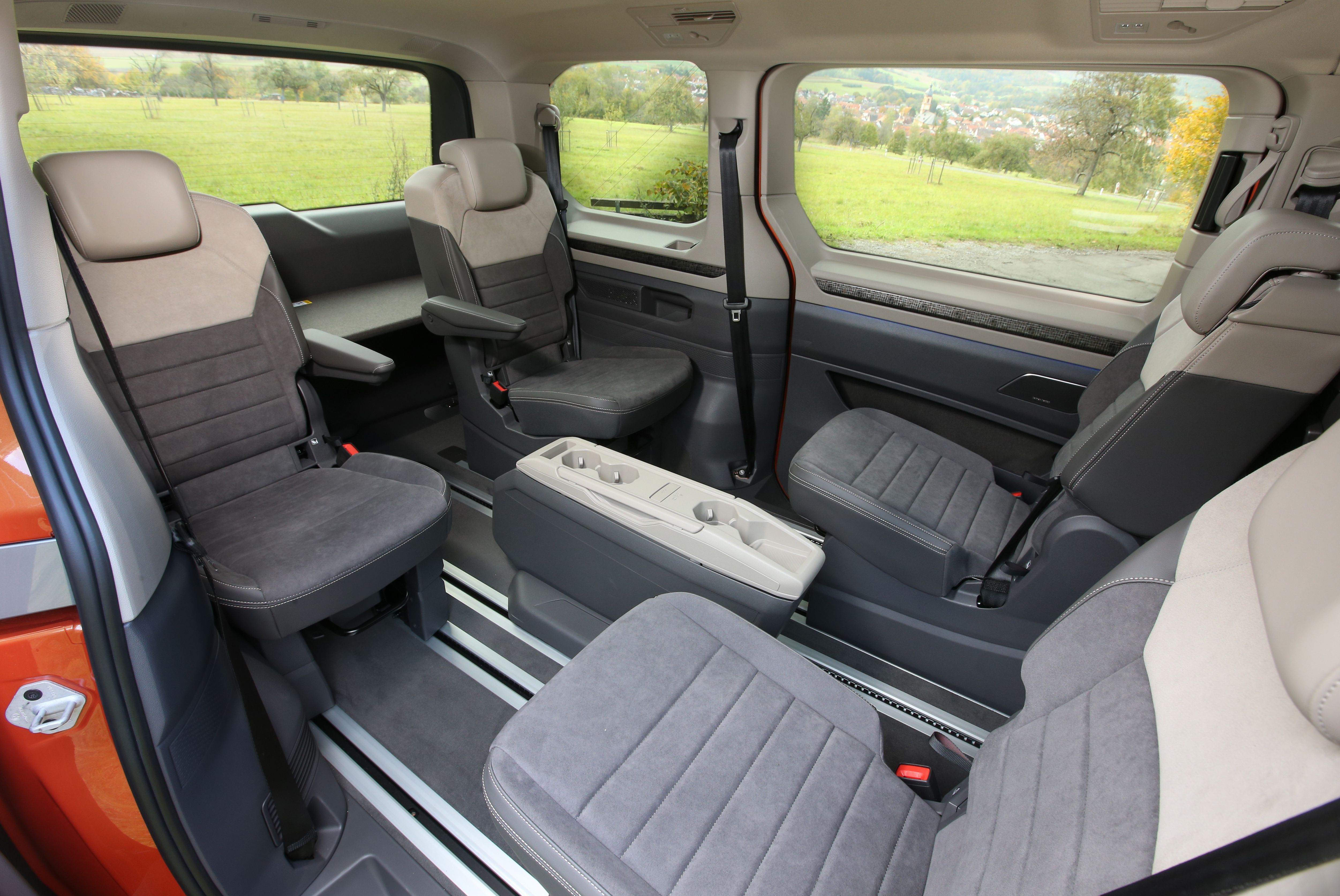 Though it may have ‘van’ in its name, the new Multivan isn’t actually based on a commercial vehicle. So whereas the old Caravelle used the Transporter for its underpinnings, this new version sits atop Volkswagen’s MQB platform - the same as you’ll find underneath the new Tiguan. As well as bringing a more car-like driving experience, this move also helps to broaden the number of powertrains available while also allowing the Multivan to be offered with a plug-in hybrid option.

From launch, there’s the option of two turbocharged petrol engines - a 1.5-litre with a 134bhp and a 2.0-litre with 201bhp - and an eHybrid version. A diesel version is set to join the ranks too, but that won’t arrive on the scene until the middle of next year.  The eHybrid is likely to be a popular choice for many Multivan buyers. It combines a 1.4-litre turbocharged petrol engine with an electric motor and a 10kWh battery. Combined, you get 215bhp and 350Nm of torque, bringing a 0-60mph time of 11.6 seconds. You also get a useful 31-mile electric-only range.

Compared with the old Caravelle, the new Multivan feels noticeably more refined out on the road. It’s quiet at motorway speeds and is more than respectable in the bends, too, though the low-speed ride can feel a touch unsettled at times. A good turning circle means that it certainly doesn’t feel like a van to park, while a lower ride height means that it won’t fall foul of height restrictors that may catch a conventional van out. 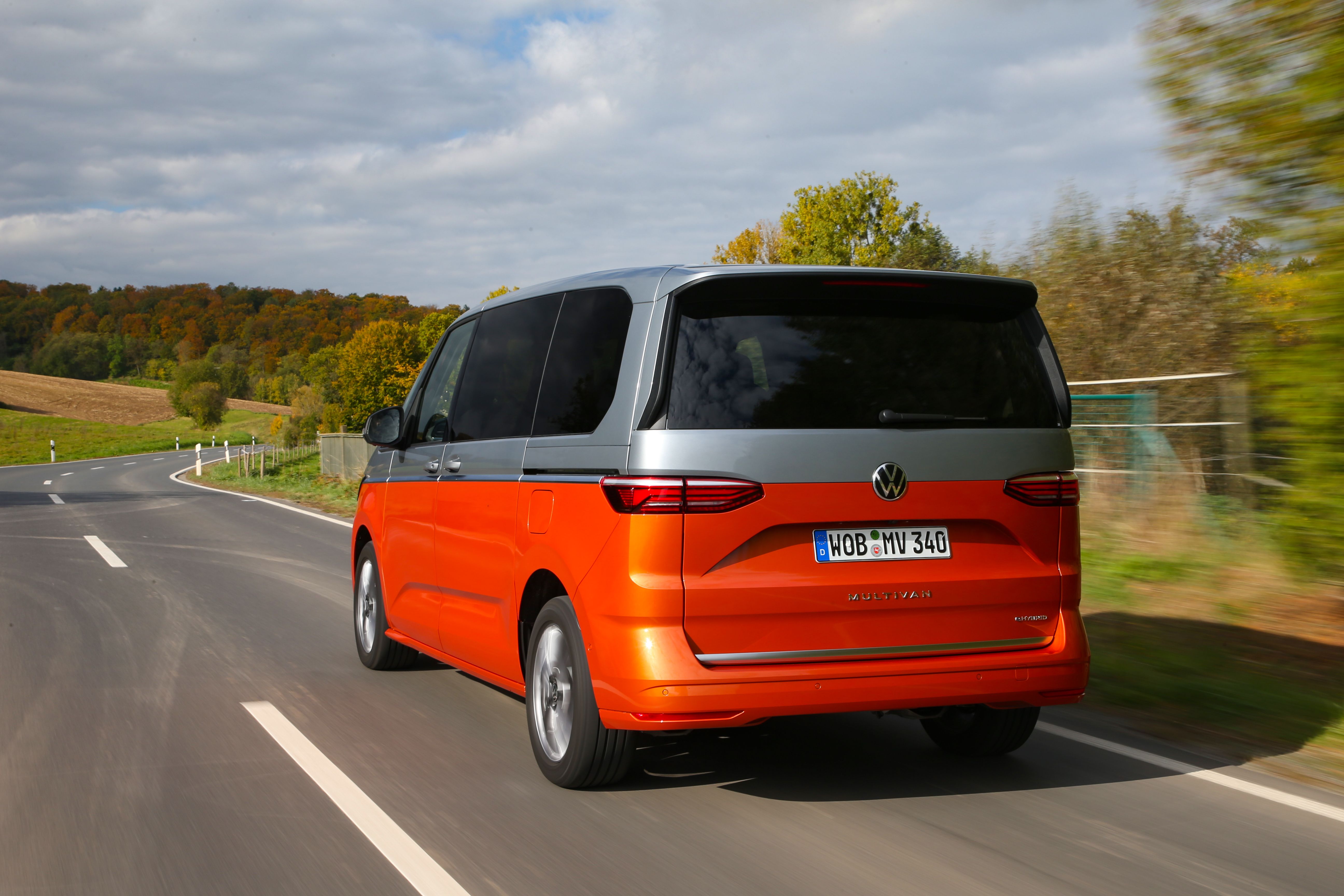 The new Multivan manages to retain the boxy look that you might expect from a car like this, but with some added touches to keep things interesting. There are the cool two-tone paint schemes and LED lights, while the body-coloured grille is a premium touch too.

You can tell that the Multivan has been designed with practicality in mind from the off. There are all manner of cubby holes to help keep the cabin tidy, while the generous proportions of the cabin mean there’s plenty of space to stretch out. There’s the option to have either six or seven seats and because all of the chairs are fixed on rails you can easily slide them back and forth - or remove them entirely. The rearmost seats are now individual chairs too, rather than the cumbersome fixed bench on the Caravelle.

The Multivan is set to go on sale in January 2022, with prices starting from £43,160. Entry-level Life models bring 16-inch alloy wheels as standard as well as sliding doors and a 10-inch infotainment system in the middle of the dash. Style cars, meanwhile, gain IQ.Light LED matrix headlights and Volkswagen’s complete Discover Media navigation system.There’s also a special launch edition called Energetic, which is only available on plug-in hybrid cars. It’s got a premium Harmon Kardon sound system and 18-inch wheels, among other high-end features. 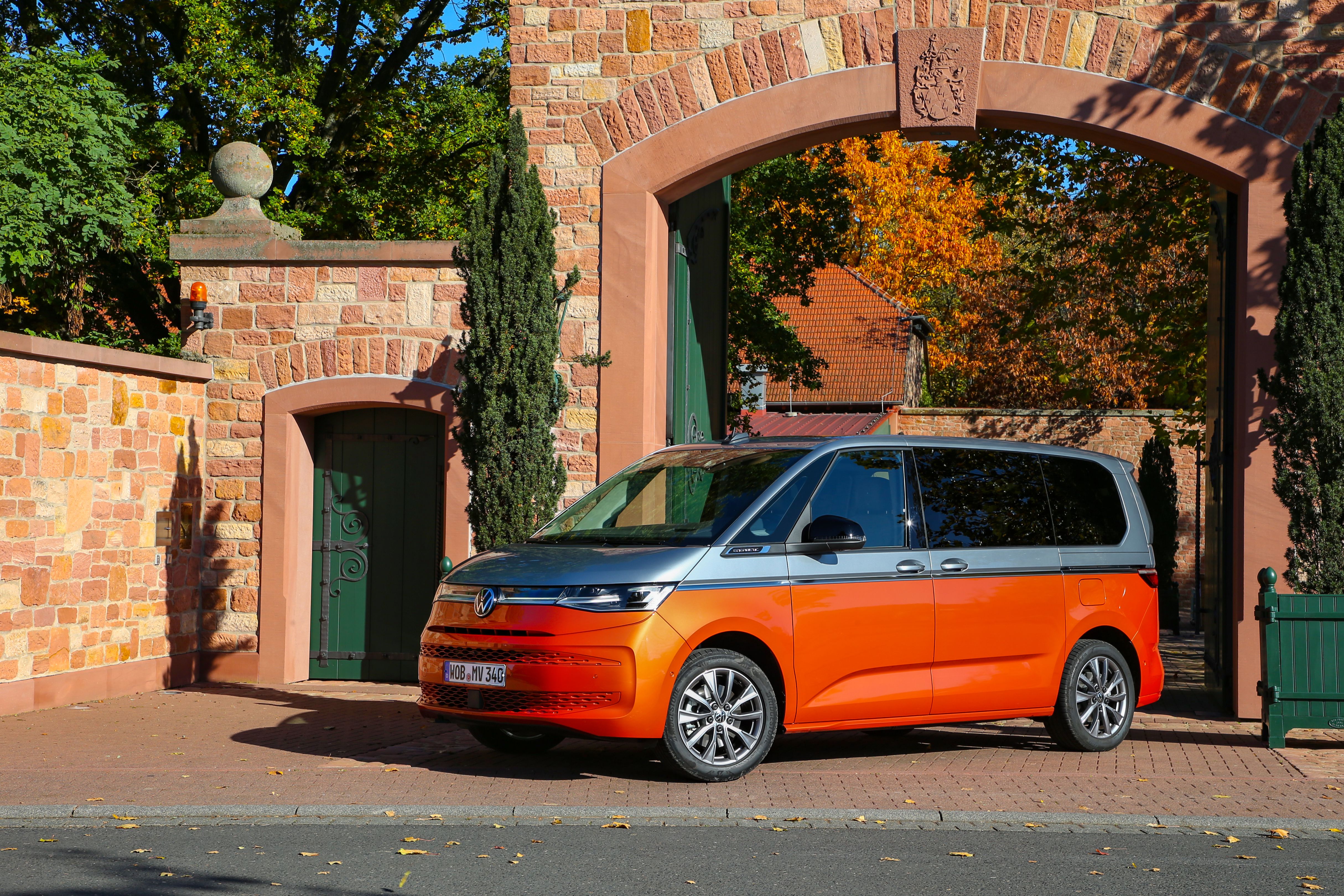 The Multivan arrives as a perfect replacement for the Caravelle. It’s far more smartly finished than before, while that car-like driving experience means it’ll no doubt prove a hit with people who want the practicality of a van without the kind of drawbacks associated with one. The addition of a plug-in hybrid powertrain also boosts the appeal of the Multivan, while the good level of standard equipment only helps to make it an even more attractive proposition.