Which are the Best Buy Used MPVs?

With SUV gobbling up the market, the MPV has been rather forgotten. Here Motoring Journalist, John Swift, looks at the best buys in the used MPV market.

Motoring journalist, John Swift, takes a fresh look at used MPV and finds out why they're such good value for money used cars.

We have three teenage children; my wife drives what many would consider a posh, stylish and prestigious SUV but it's a squeeze to get all three of them in. Our other car is a boxy looking MPV with absolutely nothing to make it stand out from the crowd – and it is unfailingly the car they want to go in and the one we much prefer them to be in.

Instead of having three fractious, bickering offspring sardined in and making journeys stressful for all five of us, the MPV allows them space and room so that going somewhere becomes easier and just less hassle. A further benefit is that if it’s a shopping trip, there is much more room in the back to plonk in the bags than there is in the SUV.

The MPV – OK, it’s a VW Touran – is just six inches longer overall than the other and the wheelbase, the distance between the front and back wheels, is just five inches longer, but MPVs are built first and foremost for practicality and those extra six inches allow VW to fit in a third row of seats. On this occasion, size really does matter.

SUVs can carry people, of course they can, and bigger ones also offer three rows of seats but the prime aim of most of them is to look good; MPVs are built purely and simply for practicality.

And there, in a nutshell, you have the main reason why MPVs make better family cars than SUVs and partly explains why cars like the Citroën Grand C4 Picasso or Ford C-MAX are among the top ten fastest selling used cars in the UK. According to Auto Trader, the Citroën took an average of just 25 days between being advertised for sale and getting a buyer, such is their demand.

MPVs may not be fashionable and car makers (such as Ford) may be dropping them in favour of more profitable and readily marketable SUVs, but as a family man I know where my money would be going if I was in the market for a used car; for practicality and ease of use, an MPV will always be the better option for families.

The Fiat 500L MPW has the instantly recognisable `face’ of the little city car, but with a more grown up and much longer body. When it was launched in 2014 it was claimed to be the most space-efficient car in the class, giving the most amount of room inside relative to its outside proportions. It is the smallest seven-seater on the market, but although there is indeed a third row of seats it’s officially classed as a 5+2 which is probably a more accurate description of it. Think of it as a hatchback with a huge boot space. 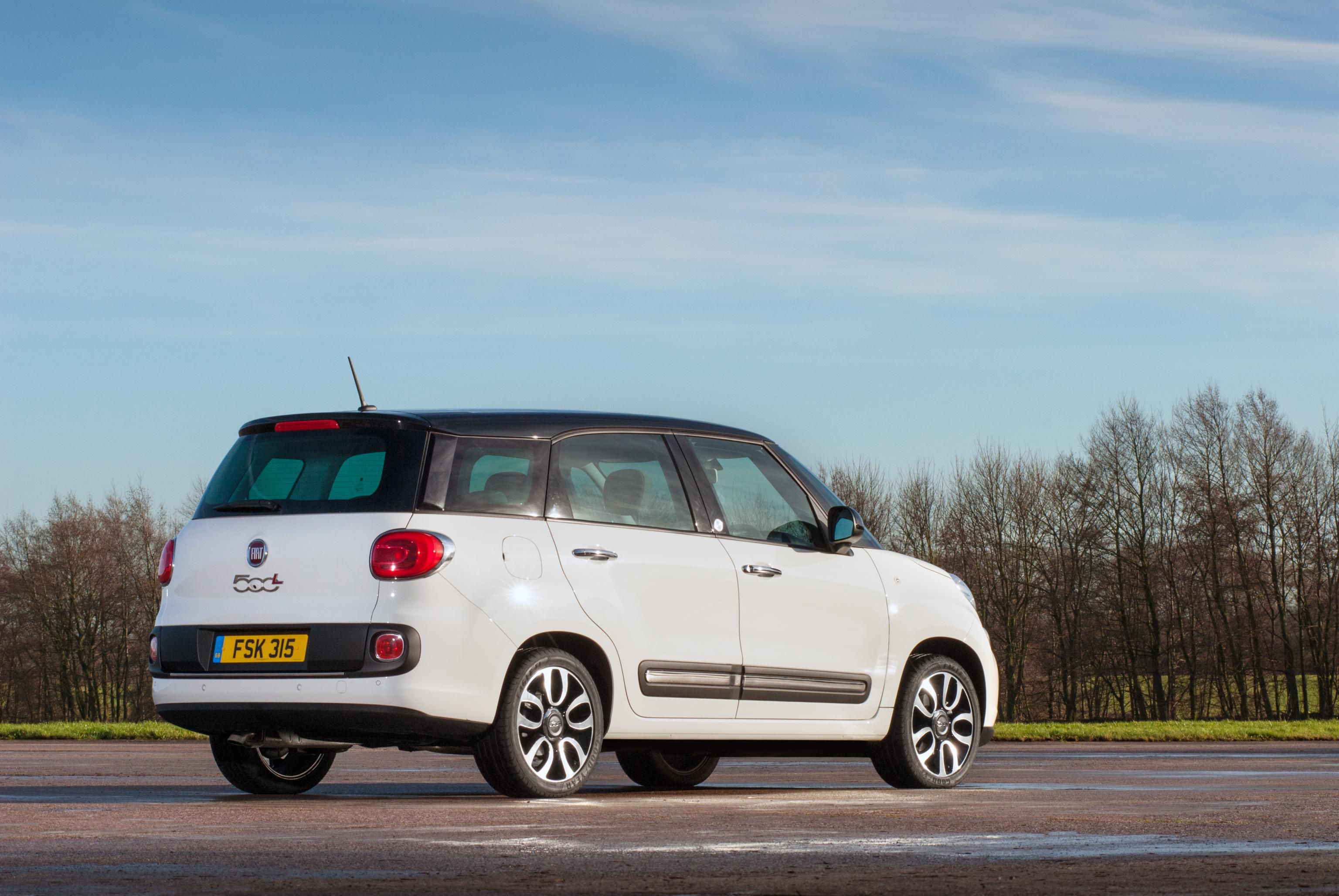 It is still a good, sensible buy as a small family MPV and the same goes for the Golf SV although that struggles against another VW product as you’ll see in the next category. The Ford has the huge attraction of sliding rear doors which really come into their own when you are in a supermarket car park, tight up against the car next to you and trying to get a child into the back…and it’s dark, and it’s raining and you’re tired.

The Ford makes a convincing case, but my money would go on the Citroën. The C3 Picasso is a fabulous family car, a five seater with good leg space between the front and back seats, deep windows so even smaller passengers can see out, a reasonable boot space. When you push forward the rear seat there is a huge boot space and more room than in a VW Golf hatchback.

With £7,500 to spend you can get some nice examples with a full service history and having covered less than 20,000 miles…

This category opens up the possibility of seven seats, with three-row cars, and for those with a family of five, that can be significant. Without exception all the cars here are very, very capable family carriers and choosing one from the other isn’t easy.

From personal experience I know the Golf-based Touran is a solid if unspectacular seven-seater with a robust interior and a flexible seating arrangement with the middle three being independent and easily removed when you want a van instead of a car.

The Ford has sliding rear doors and the seven-seater Zafira is perhaps the sharpest looking of the lot, but check first to make sure the recall work for the fire risk has been carried out. The Renault pretty much created this market with the original which showed the world the value of having independently movable seats instead of a bench affair, and just like the Touran, it’s still appealing today. 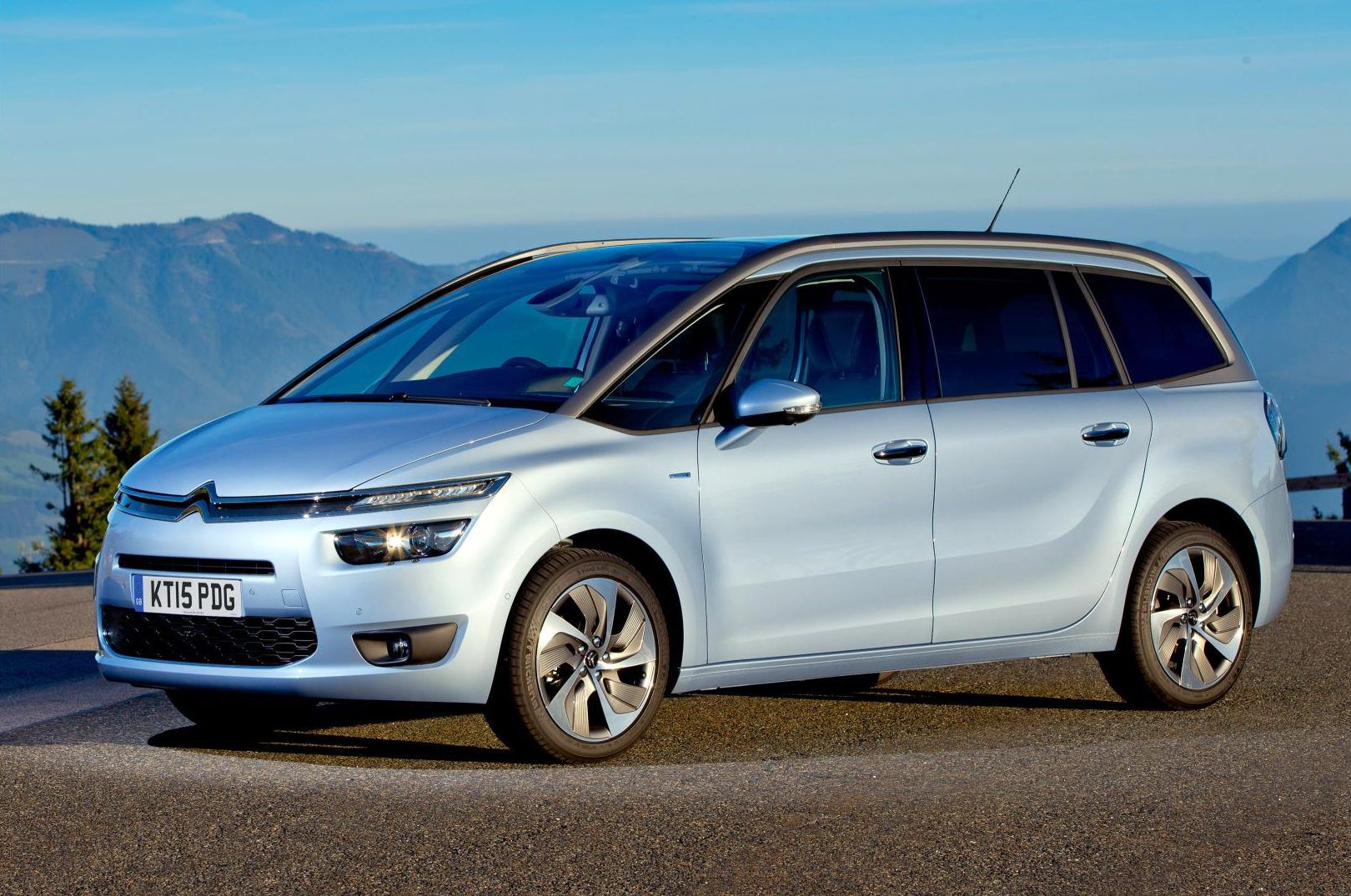 The Citroën gives nothing away to rivals in any area; space efficiency, driving, engines or cabin features. Like the VW, the Kia is built to last for ages and at this price you will easily find them still within their seven year/100,000 mile warranty. Just don’t expect many thrills behind the wheel.

You can also find slightly stretched versions of the Ford (Grand C-Max) and Renault (Grand Scenic) Citroën (Grand C4 Picasso) which take you down the seven seat/third row option.

With a budget of up to £12,500 there are some great buys to be had on a budget of £12,500 and if you need seven seats, but don’t want to drive and park the full size MPVs covered in our next section, you’ll have your motoring needs met here with these cars.

Here you are getting in to the sector where the big appeal is that they have a third row and seven seats.These are the big boys of the MPV world and, if you can live with their size on the road and in parking bays, they provide the highest levels of ease and comfort.

For this money you can easily get sub-25,000 mile models with a good service history and ticking all the boxes in terms of spec. Given their shared VW parentage the Sharan and Alhambra are pretty similar, the S-MAX is by far the best handling and surprisingly sporty to drive for a big car and the Espace shows the benefit of Renault’s vast experience in this market.

The only one we would have a slight reservation about is the Chrysler Grand Voyager which had a very poor crash safety rating while it was in production.

However, and with the usual provisos of checking the history and living with their size, any of these will make excellent family transport. They are versatile, practical and for these reasons they hold onto their value well too.

One thing to be wary of is that large MPV are very popular with taxi firms and can rack up huge mileages, so a full background check is absolutely worth paying for. That said, so long as they get their routine service they can take those distances and you don’t need to be frightened off. I recently tried a VW Sharan with 230,000 miles on it and other than a wonky front wheel bearing it ran perfectly, but it had been in the workshop absolutely as VW recommended. You also need to take a close look at the seats and trim, making sure they haven’t been abused and that the folding/sliding or removal mechanisms work smoothly.

Even though you’re getting more metal you will find the budgets are not a lot different from a medium-sized car. There are plenty of 40,000 mile examples on the market at around £8,000 to £10,000. Add another £5,000 and haggle a little and you could get a seven seater new enough to still be within warranty. Check out the Volkswagen Touran's huge load space above!

Browse Our Range of MPVs for Sale   Search Our MPV Offers