Everything you need to know about the new Volkswagen Golf

The Volkswagen Golf has one of the most iconic nameplates of all time...

What covered in his review:

The original car, which began production back in 1974, was built as an indirect replacement to the famous first-generation Volkswagen Beetle and paved way for future iterations of the model.

Since that initial hatch arrived, seven generations have gone by. In 2020, we now have the Mk8 Golf. It’s an evolution of all the generations that have come before it and is slated to continue the car’s immense popularity.

Want to know more about it? Here’s all you need to know…

As mentioned before, the Golf tends to evolve over time, rather than go down a completely different route. This can easily be seen in the new Golf’s styling, as it’s in a lot of ways similar to the Mk7 – the shape and silhouette is especially alike. 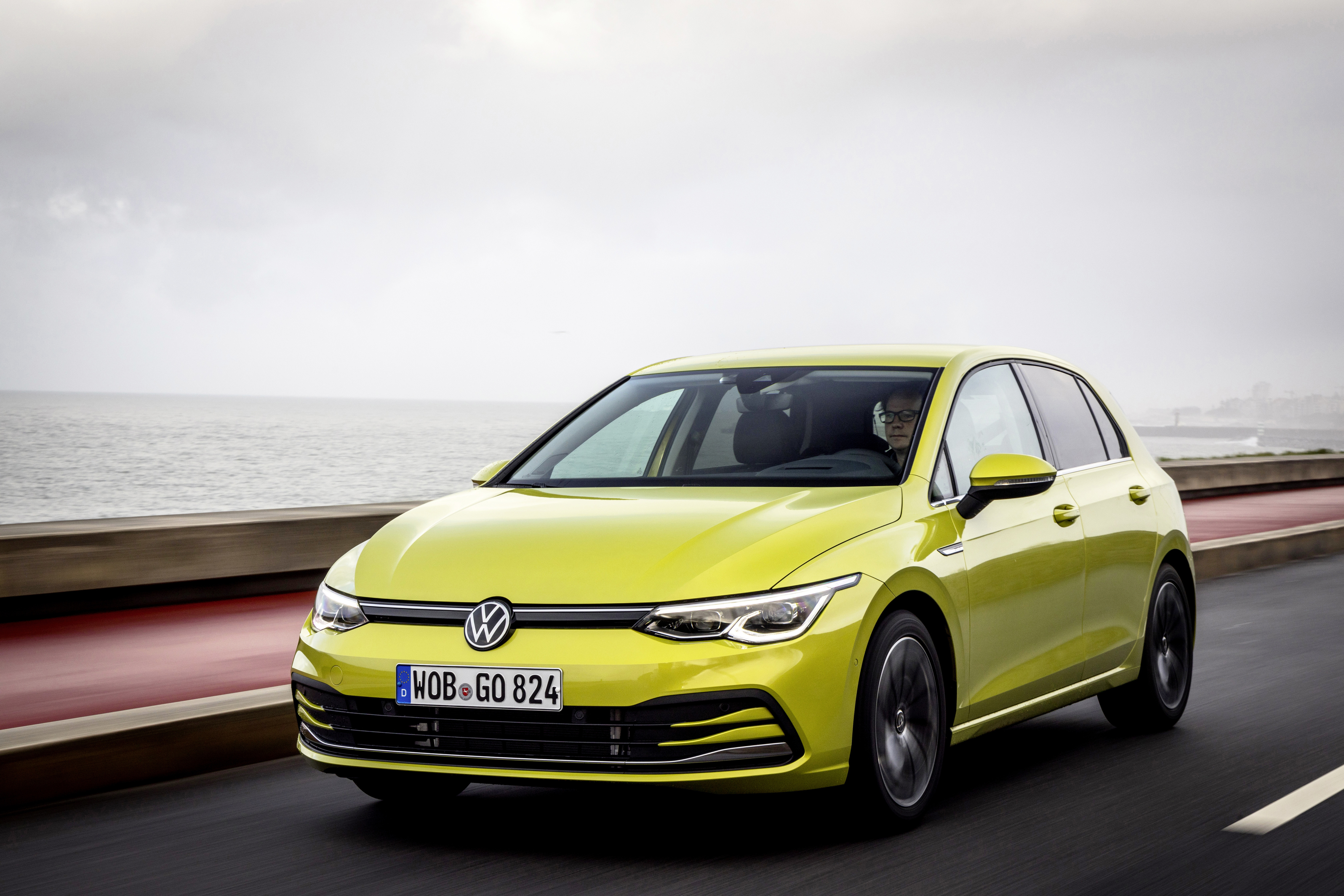 That being said, for this latest iteration, the car has been given a sharper, more aggressive look – this is shown particularly in the sleek, modern front end.

The new Golf is based on an updated version of Volkswagen’s MQB platform. Dimensions of the car are unchanged from its predecessor – it’s 4,284mm long, 1,789mm wide and 1,456mm high. The wheelbase is 2,636mm.

At launch in the UK, the eighth-generation Golf will be available with two 1.5-litre petrol engine options – these produce 128bhp and 128bhp – along with a 113bhp and 148bhp 2.0-litre diesel engine. The petrol offerings can be had with a six-speed manual, while the lower-powered diesel a manual and the higher-powered version a seven-speed automatic.

A 1.0-litre petrol, as well as a 1.0- and 1.5-litre mild-hybrid powertrains are set to join the line-up later this year.

The interior is another area in which the new Golf is noticeably more modern and up to date than the iteration which came before it. Dominating the dashboard is a huge 10-inch touchscreen which controls a lot of the car’s interior functions. This is aided by the new ‘Hello Volkswagen’ voice control service and touch buttons dotted throughout, even for the sunroof. 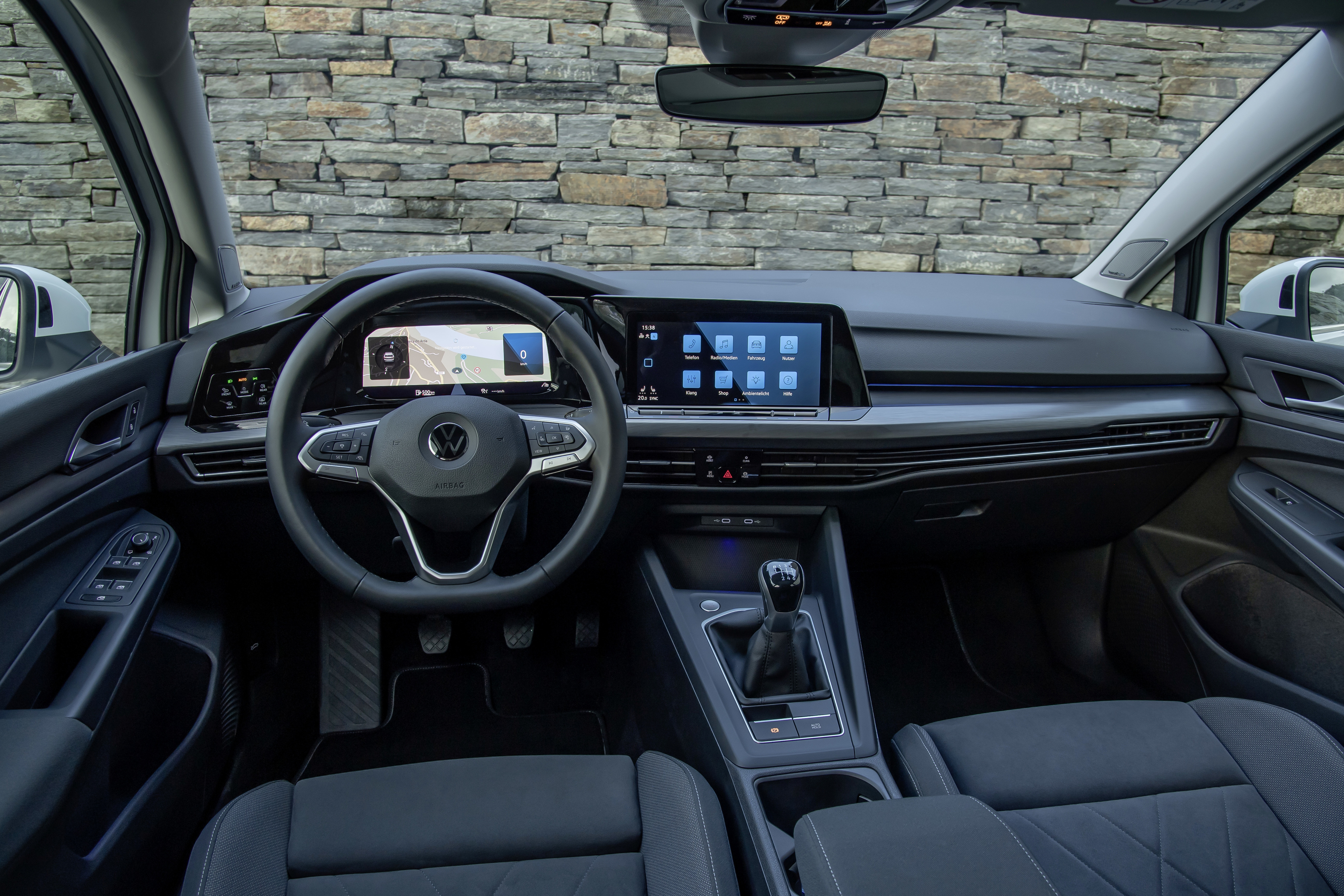 In addition, buyers can get a built-in Wi-Fi hotspot, three-zone climate control and a digital cockpit which replaces what would be traditional dials.

There are various driving aids on offer with this new version of the Golf too, such as adaptive cruise control and an extended pedestrian protection system.

Recently revealed is a trio of performance-focused Golf variants, which come in the form of the petrol-powered GTI, diesel-fuelled GTD and plug-in hybrid GTE. Featuring a 2.0-litre turbocharged petrol engine producing 242bhp and 370Nm of torque, the GTI is a keen Ford Focus ST rival and more grown-up Honda Civic Type R and Hyundai i30 N alternative. 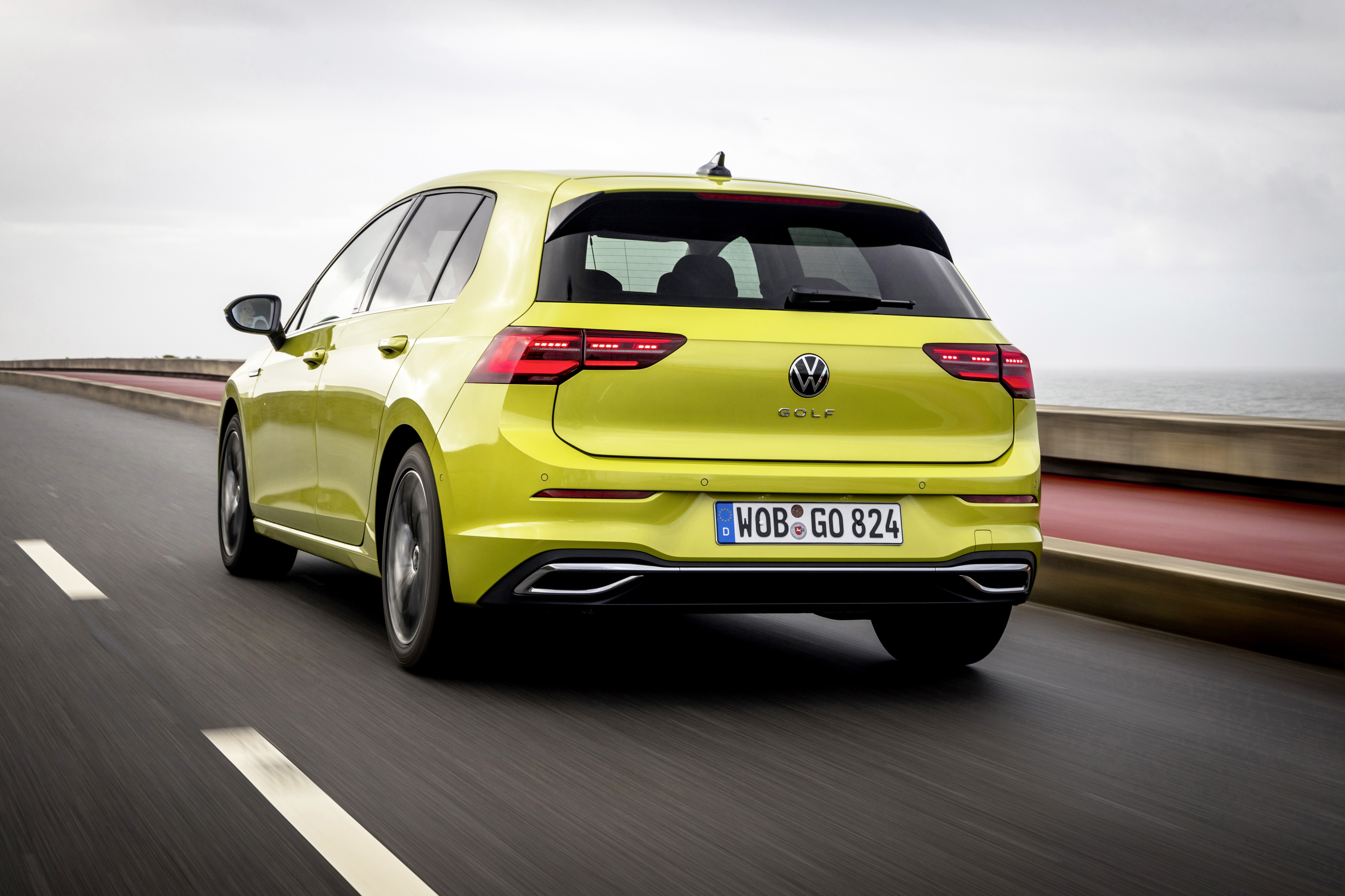 The GTE has the same amount of power as the GTI, but ups torque to 400Nm. The GTD is down on power compared to the other two, at 197bhp, but matches the GTE’s torque figure. It also focuses more on lower running costs. 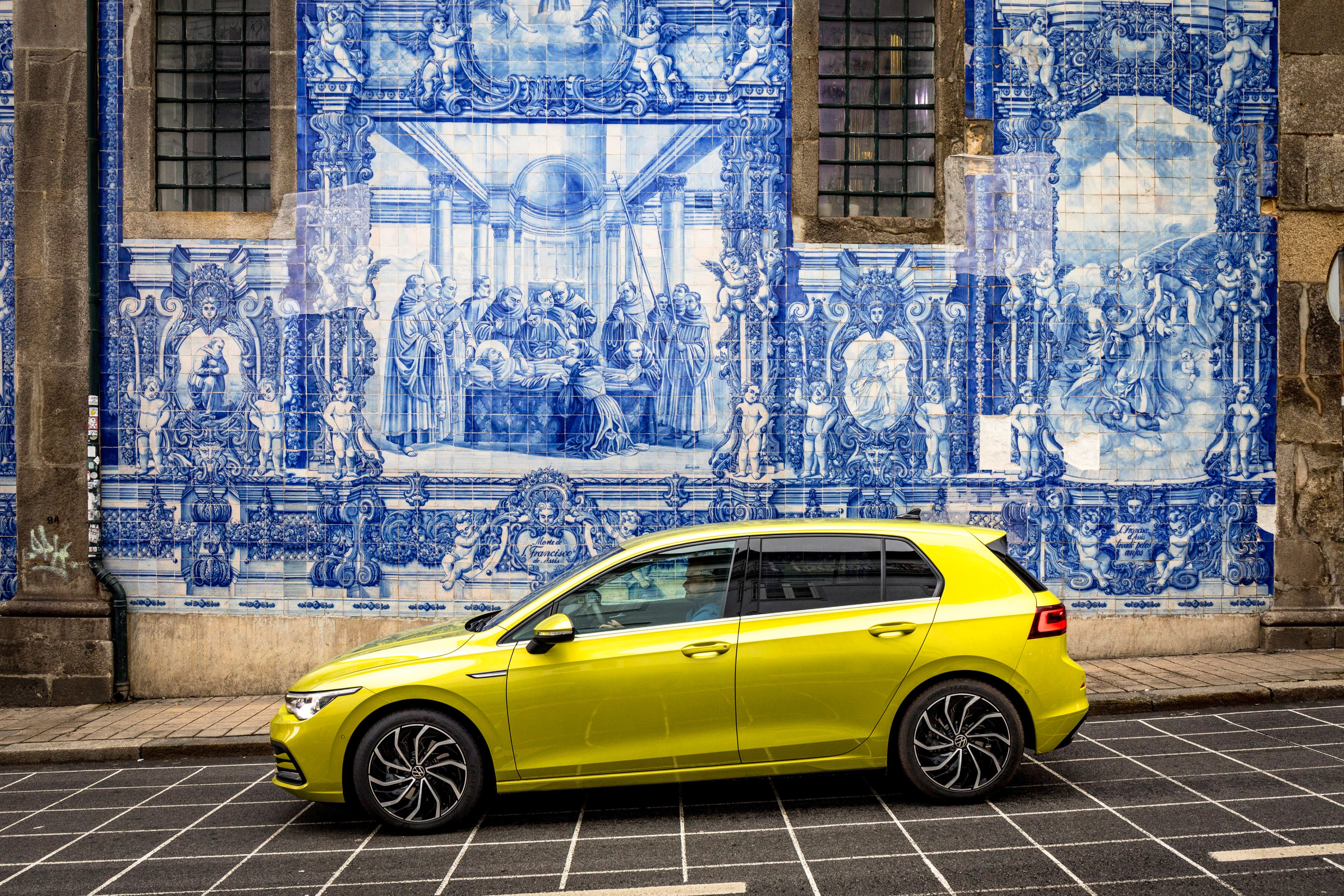 Prices for the new Volkswagen Golf start at £23,875. For this amount of money, buyers can expect to hop into the Life trim. It gets standard kit such as 10 colour ambient lighting, adaptive cruise control with front assist and 16-inch alloy wheels.

Step up to the other trim level called Style, however, and buyers will get 17-inch alloy wheels, LED ‘Plus’ headlights and ‘Brushed Dark Metal’ decorative inserts in the dash and door panels, for example. The Style trim is available from £25,470.

The Mk8 Golf is on sale in the UK now.