SUV or not SUV: That Is The Question

Swansway Group hit the road in researching the best SUV cars for sale and discuss the benefits of switching to a bigger size model.

Like them or loathe them, SUVs and Cross-Overs are now a mainstream part of the car market, and the last five years has seen the numbers on our records rocket.

Demand seems limitless. For example, Jaguar’s multi-award winning F-PACE is the fastest selling new car in the brand’s history; in the large and mid-size business car market they have pretty much replaced saloons and estates, and school run mums favour them over superminis. 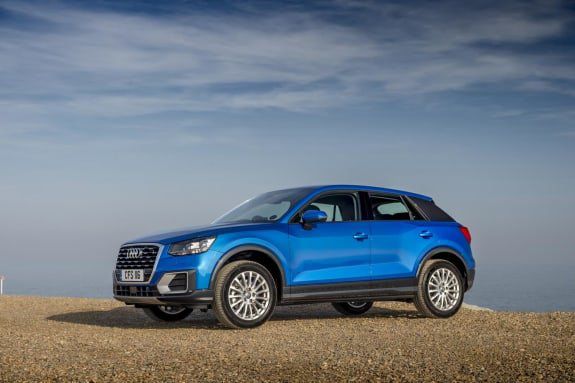 The market is evolving rapidly, from the rather chunky, upright styling of earlier models, to the latest offerings which are increasingly sporty looking, adopting coupe-like rooflines.

But are they right for you and if so, which are the most suitable? Here we look at what’s good about them, what’s not so good and offer a selection of just some of our favourites.

First though a quick definition of the terms everyone uses.

SUV stands for Sports Utility Vehicle, a phrase first coined in America and it tends to be associated with the bigger vehicles such as Range Rovers or the bigger Audis up to the very top end, the Bentley Bentayga.  Even Rolls-Royce is getting on the act with its forthcoming Cullinan!

Cross-overs are the more modern category and refer to cars based on a standard hatchback but which have elements of a 4x4 in them and especially the raised ride height which puts occupants higher off the road and improves their visibility.

This is by far the biggest market because the cars – think Nissan Qashqai or Skoda Yeti – are much more affordable with prices starting in the £20,000 territory, sometimes even less.

What is good about them?

Ask just about any owner of one and they will probably say the feeling of safety they get from sitting that little bit higher up and having a better view of the traffic and road around them as a result. This is a significant factor and a major one in their appeal.

Another is that the raised seat height also makes it easier to slide across into and out of it rather than having to lower or raise yourself as you might have to in a lower car. It’s a big tick if you have a toddler in your arms who needs strapping in or if you perhaps have reduced mobility.

A third point is that they are extremely fashionable at the moment and hold onto their residual values quite well, although as their numbers continue to increase the economic laws of supply and demand might erode that.

What is bad about them?

Try opening a door when there is a car alongside at the supermarket! All modern cars are getting longer and wider in response to stricter safety legislation requiring better crash protection and more metal but the effect seems magnified in cross-overs relative to the hatchbacks they are based on.

Fuel economy tends to be a little worse too because they are a bit heavier and have more air resistance. Generally speaking diesels are the obvious choice here but if ever there is a type of car suitable for hybrids it is these.

Thankfully there is now an emerging trend for hybrids to be available too (Mitsubishi Outlander, Kia Niro etc) and their lower CO2 emissions make them very tax-friendly for business users. Expect the hybrid category to grow soon and very quickly!

Although not a full list here are some of our favourites. 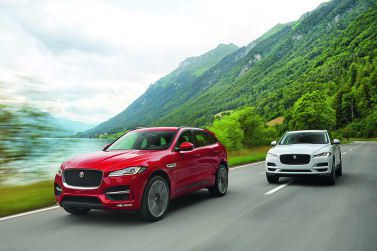 As mentioned earlier this is Jaguar’s first ever SUV and the fastest selling car it has ever launched. It also proves that no manufacturer serious about increasing sales and profit can afford not to be in this market!

It shares many of its mechanical parts with models from sister company, Land Rover, but with a definite Jaguar twist on them.

Dramatic styling is one difference that sets them apart and the Jag certainly has a lot of presence on the road. See one and you definitely won’t forget it!

It comes with a choice of engines from the brilliant new Ingenium units, diesel or petrol and for those who enjoy performance at the expense of economy, a 3.0 supercharged V6. Both rear-wheel and four-wheel drive are available.

Smooth, stylish, capable, great to drive and ultra fashionable it is no surprise that the F-Pace has won award after award. A delight. 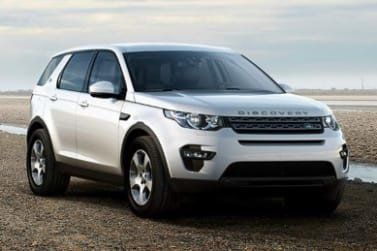 There is a new Discovery due early next year but the current Sport is a hugely capable seven seater and makes a brilliant family vehicle, with kids loving to sit in the third row. It may not be the flashiest SUV but it rides and drives brilliantly well compared to some other SUVs and is as well equipped as you’d expect of an executive car.

One other thing – should the weather ever turn really nasty or you do need to go off road, remember that the Discovery is the product of a company with decades of experience in 4x4s! 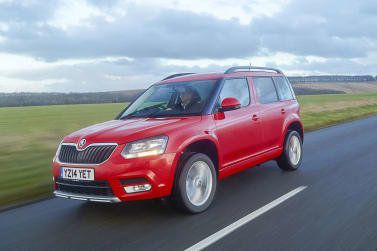 Enduringly popular, the Yeti is one of the best family cross-overs on the market and makes a great buy and an even better one used. Capable of taking wardrobe-length loads it is hugely practical and as such is ideal for parents with children.

It has Skoda’s characteristic 24 carat build quality and dependability which is why it takes so many awards in the used car market. It’s also fun though, with slightly cheeky styling. 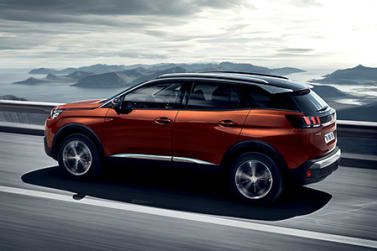 A newcomer and on sale from early 2017 the 3008 is a world away from its fairly average predecessor. Key to its appeal is the very futuristic inside with its digital dashboard that makes most other rivals look rather outdated. It rides smoothly and has decent and fuel efficient engines. 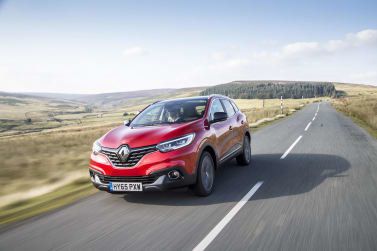 The UK-built Qashqai can rightly claim to have started the cross-over sector as it was the first really successful one and virtually all others have since followed its lead. Today’s generation builds on that DNA and it is still a very good choice.

With Nissan and Renault being effectively the same company these days it is no surprise that the Kadjar is very similar to the Qashqai. And yet...the French version takes slightly more shopping or bigger loads and feels a bit more upmarket inside. It wins this contest by a short head. 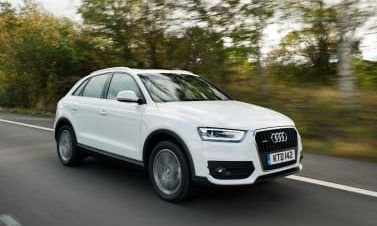 Definitely one of the best in this fiercely competitive sector fighting against offering from BMW and Mercedes.

Bags of style inside and out, Audi Q3 uses all the benefits of being part of the VW family to provide buyers with lots of features for not a lot of money and the same goes for the engine choice. There really is one for everyone.

Not the biggest cross over around and the rear space is a little cramped but much the same can be said of any in this category.

For those who want an SUV with a genuine sports car feel there is one clear winner – the Porsche Macan. Nothing else comes close. Brilliant and very enjoyable. 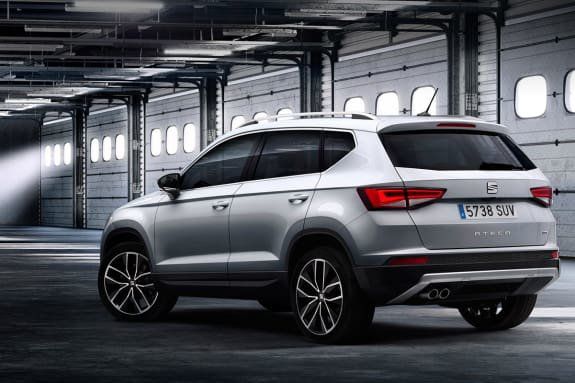 Winner of the Auto Express New Car Awards 2016, the SEAT Ateca is the new kid on the block with an added bite. Boasting a distinctive style and hugely spacious design, this SUV makes the day-to-day exceed every expectation. Stay street smart with impressive technology and beat the stress of city life with a secure 5-Star Euro NCAP safety rating.

The SEAT Ateca comes with a choice of powerful and efficient engine variants to suit each driver. With this SUV, you’ll look forward to sitting comfortably and stylish everywhere you travel.

To test drive an SUV for yourself or to discuss whether an SUV would suit your lifestyle, please contact a Swansway Group dealership today.