The electric SUV market is really hotting up as more manufacturers launch new models in this area.

But many car firms are now taking things a step further by introducing coupe-styled SUVs to appeal to those wanting something with a sleeker and more stylish design.

Here we’re pitching two of the latest models in this class together – the Volkswagen ID.5 and Skoda Skoda Enyaq iV Coupe together, and both in their top sporty guises to see which is best. 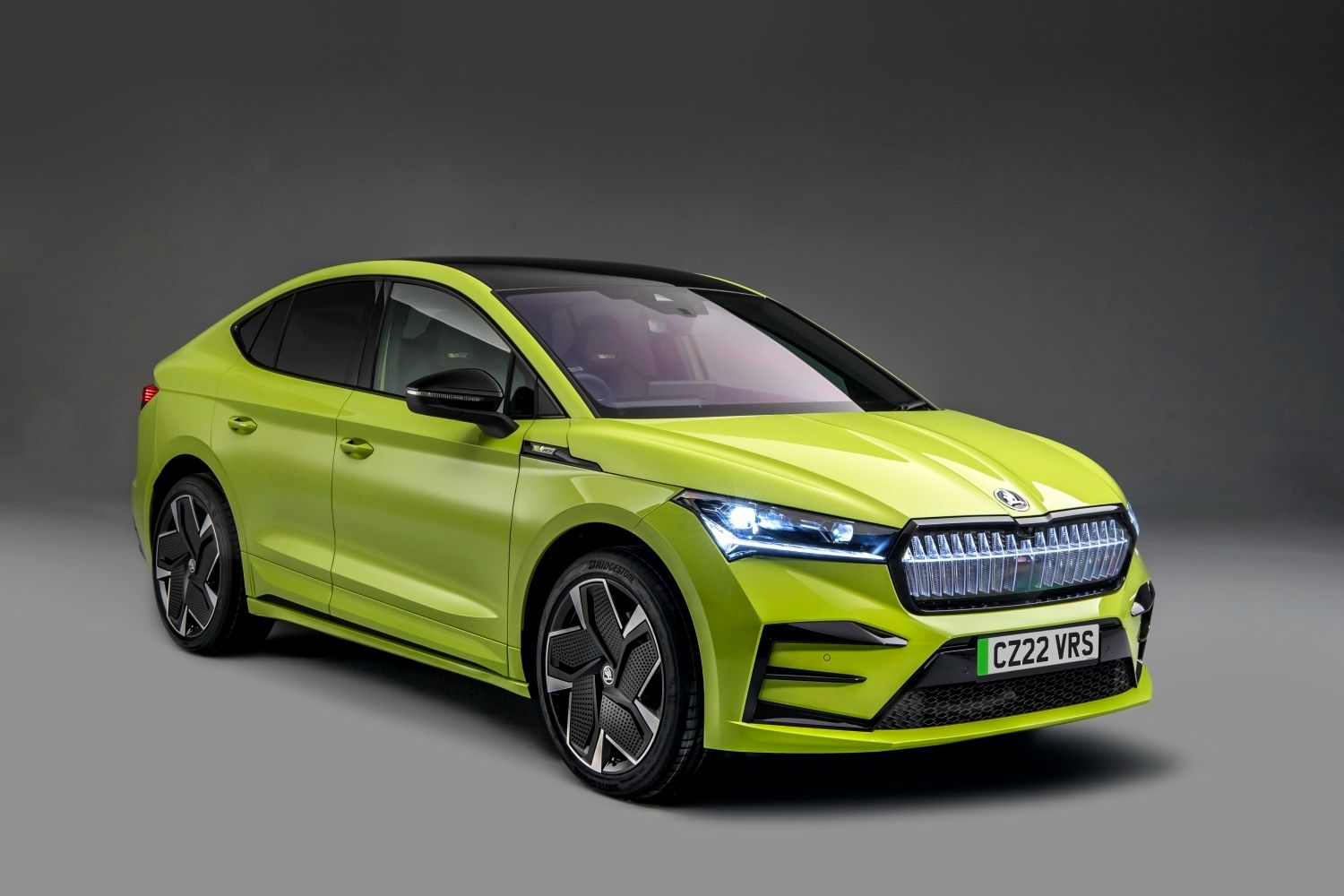 Though the regular non-coupe styled versions of these SUVs are still very smart-looking choices, these sleeker alternatives really take things up a notch. With the sloping rooflines dropping away from the centre of the roof, they’re really eye-catching.

These sporty versions with the Enyaq Coupe vRS and ID.5 GTX are even a step further, getting more dynamic profiles and larger alloy wheels to make them stand out further. The ID.5 is particularly eye-catching thanks to its full width LED lighting at the front and rear, though you can specify the Enyaq with an illuminated grille, should you want to to make it even bolder.

Moving inside, both the Skoda and Volkswagen get very modern, minimalist interiors that major on technology. We’ll explore more about this later, but both cars certainly manage to feel very upmarket inside, with fresh and high-quality materials helping to justify the relatively high prices of both of these cars.

There are neat touches throughout to elevate the sportiness of both cars too, including green stitching and lighting for the Skoda, and then red on the ID.5 GTX – the latter being a colour used widely by Volkswagen for years on its GTI models.

If you’re looking at a ‘coupe’ version of a regular SUV, there has to be some acceptance that there will be less interior space than the standard car – as ultimately there is less physical metal. Saying that, both the ID.5 GTX and Enyaq Coupe vRS do well to alleviate this, and both feel very practical inside.

There’s ample room in the rear for adults in both cars, while both models come with a panoramic glass roof included as standard, not only lifting the feel of the cabin, but providing the impression that there’s extra roominess too.

Curiously the ID.5’s boot is actually ever so slightly bigger than the ID.4’s it’s based on – measuring 549 litres – though this is just eclipsed by the 570 litres you get with the rear seats upright in the Skoda.

Both of these cars are based on the Volkswagen Group’s MEB platform, which is specifically designed for EVs, and was developed to allow as much technology into these cars as possible. If you like your tech then, you’re unlikely to be disappointed.

The Enyaq’s cabin is particularly noteworthy as it uses a slightly larger 13-inch touchscreen than the 12-inch system in the ID.5, and has cleaner menus and is generally easier to operate too. There’s loads of high-end tech on the Volkswagen, though, including adaptive Matrix LED headlights, wireless smartphone mirroring and a suite of driver’s assistance technologies to make journeys that bit easier.

One aspect where there’s little to separate these two cars is there powertrains, with both using the exact same setup.

So for these sporty models, there are two electric motors that generate 295bhp and 460Nm of torque. In the case of the Enyaq Coupe vRS, it’s Skoda’s most powerful roadgoing model ever.

All-wheel-drive is standard on both too, with the Enyaq taking 6.3 seconds to accelerate from 0-60mph, and the ID.5 GTX taking slightly quicker at 6.1 seconds. In terms of range, both models use an 80kWh battery, allowing for 300 miles of range in the Volkswagen, and a generous 312 miles for the Skoda. With 135kW charging speeds possible on both, a charge to 80 per cent takes as little as 36 minutes.