You can make a case for the Range Rover Velar in one, or both, of two ways.

On the one hand you can, quite rightly, say that it was built to slot neatly in size and price into the gap between the Evoque and the Sport; on the other, you can say it doesn’t need any justification and is a fine car in its own right. I see the point of the first, but having tested one, I prefer the second.

There are two other things you should know; the first is that this is by far and away the most car-focused, rather than SUV-oriented, vehicle this manufacturer has yet made; the second? Well, you’ll have to read to the end to find out. 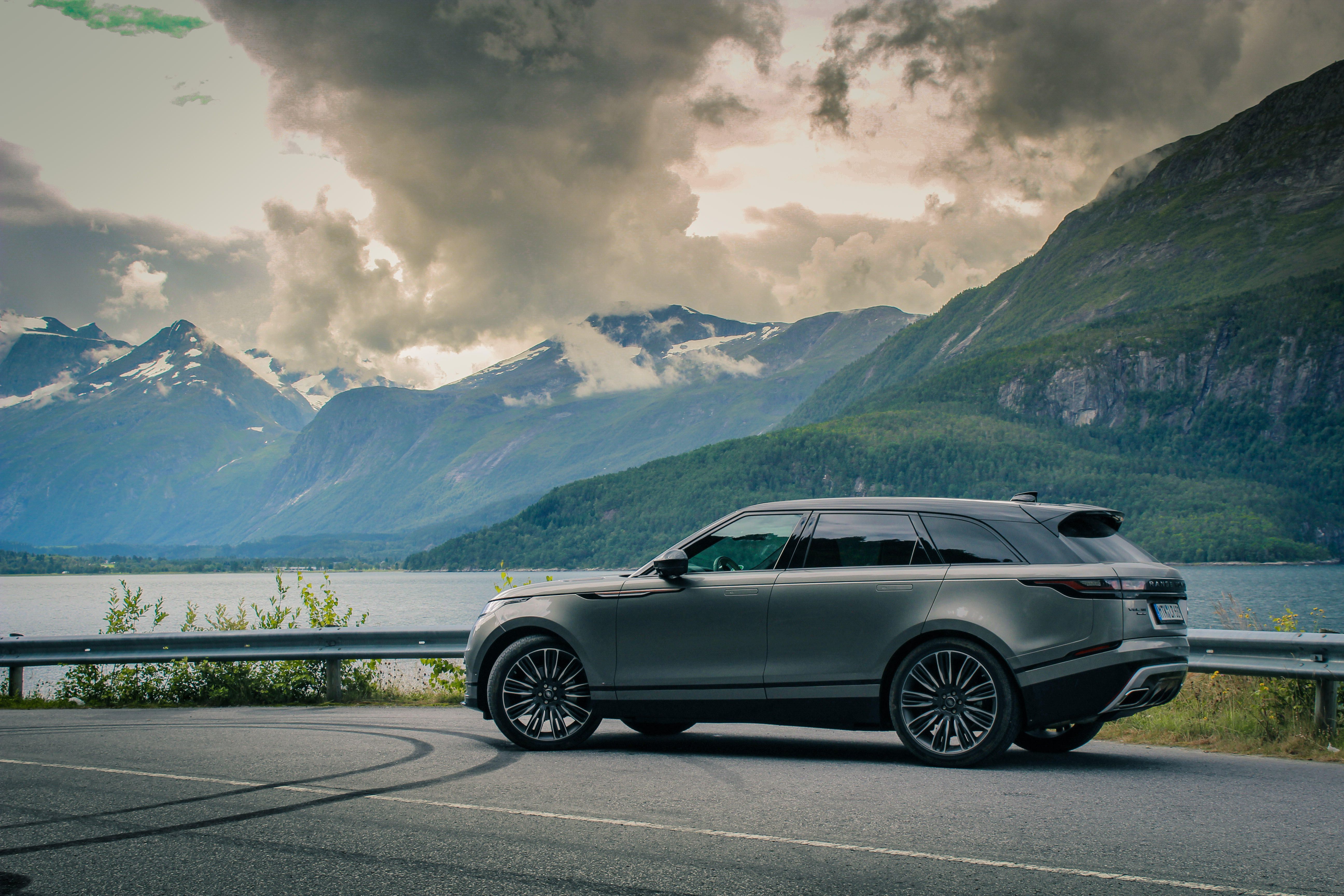 Start at the back wheels and look at that last section of the bodywork. A rising line from the bottom meets a falling line from the roof cleverly accented by dark glass to produce the impression of a tapered rear end. Then go to the front where the graphic of the slimline headlamps is echoed by those long body details running from just behind and above the wheels into the doors.

Mount that on what seems an endlessly long wheelbase and you have a shape that positively shouts ‘coupe’ at you. It looks lighter, lower and more dynamic, even at rest, than anything else wearing the Range Rover badge and if this is the first iteration of a new design direction then I look forward to the next. 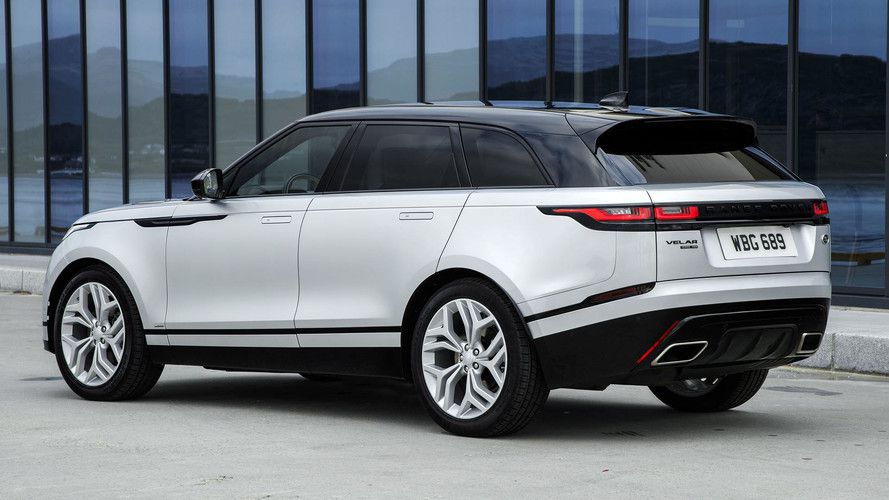 Super clean, elegant, modern and with a nicely judged tech feel, the Velar’s interior backs up the promise of sophistication offered by the exterior look. Even before you step in, the flush door handles which smoothly glide out from the door as you press the key fob make a nice impression.

A slim, tablet like touch screen angles out slightly as you fire the ignition, this houses the navigation, communication and infotainment functions with a larger one beneath taking care of the climate, comfort and some chassis control systems. The main instruments in the cluster directly ahead of you are a model of clarity.

Two things struck me about the Velar’s cockpit area, the almost minimalist design which makes it look very uncluttered and the level of technology available to the driver.

I would need a book to list everything the car will do for you, but to take just one from many examples, how impressive is it that the Velar can alert selected contacts of your location and ETA if you’re unexpectedly delayed by traffic en route to an appointment!

The safety based driver-assist systems are as expected in one of the latest luxury cars. Self-parking is available on some versions and you get two levels of lane control, the most noticeable being the gentle steering correction pushing you back onto the straight and narrow if you stray over a white line.

Turning from the amazing to the practical, the two back seats are effectively two individual units and the third one in the middle is a very-small-person-only zone. Officially it’s called a 40:20:40 layout but 45:10:45 is probably more accurate.

One little irritant was that I thought some of the plastic trim was verging on what I would consider only just acceptable in a car costing this much and it does the brand few favours. Come on Land Rover, your customers deserve better. 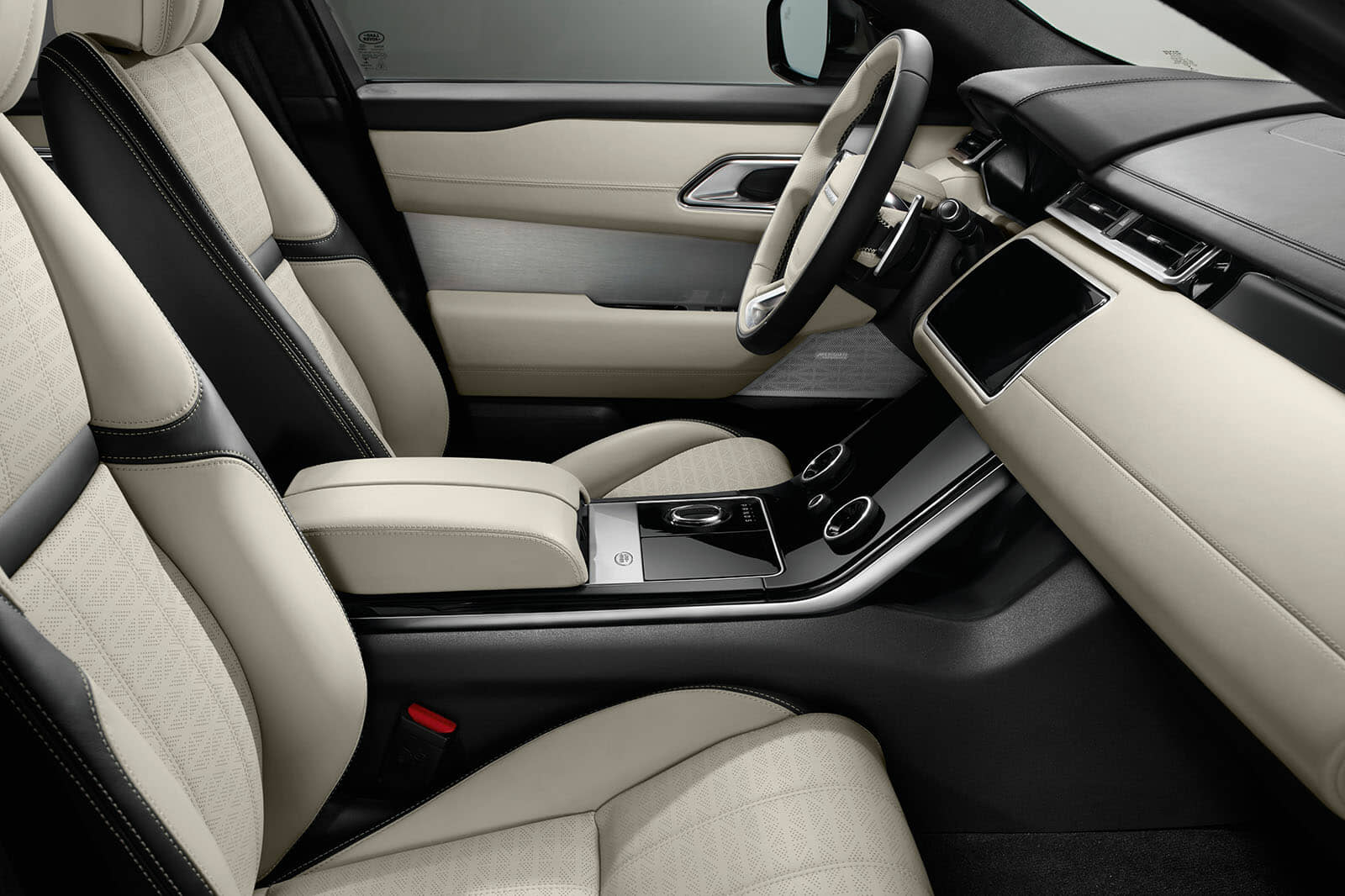 The Velar is a big car, but it doesn’t particularly feel so on the move. Maybe there are slightly more agile cars in the sector, but it still drives very well and I had no complaints on the steering or general handling. Point it into a bend and by the standards of the SUV class it turns in without hesitancy and stays faithful to the line you have chosen through it.

My test car had the air suspension of the upper end models and the ride is pretty good, the big wheels not doing it many favours, but it coped with some of the rougher surfaces I deliberately sought out. In fact you may have seen some Velars in a showroom looking remarkably low and this is because the air springs only raise the car once it’s fired up, dropping it fractionally again above 65 mph to lower the air resistance and improve the fuel economy.

There is a choice of engines from `little’ 2.0 litre diesel and petrol units, although I suspect they may have to work hard to pull the car. At the other end is the supercharged V6 petrol engine for drivers who like getting reward points from their local filling station.

My car had the eminently sensible 3.0 diesel which is a lovely thing, a perfect blend of smoothness, as much power and performance as you can reasonably want and decent fuel economy.

As with the vast majority of owners, I didn’t test the Velar’s off-road capability but while this is much more focused on being a road car and therefore perhaps less compromised as a result – to its benefit in my opinion – it still carries the Land Rover badge and therefore I have to assume it will easily take you to and from all sorts of muddy and slippery places. 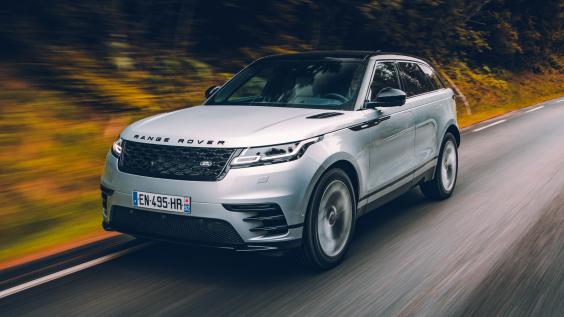 The Velar takes the Range Rover brand in a new direction, one more overtly tuned for road driving and I like it. Yes, there are a few flaws I could pick on such as the borderline plasticky feel of some of the trim, and others are probably cheaper to own.

But, you show me one other car in this class which matches if for looks, for the delicacy of that styling and those lines and with the interior to match. I delight in the fact that it turns its back on the big and boxy looks of many of its (German) rivals and instead celebrates lightness and minimalism which is no easy trick to pull off in a car this size.

And that final thing about it?

I’ve seen a lot of questions from people asking what the name `Velar’ means. It is indeed an odd-sounding word, but comes from the Latin verb velare, which means to hide. When Land Rover was testing prototypes of the very first Range Rover and wanted to keep it secret for as long as possible, it had the codename `velare’. Now you know. 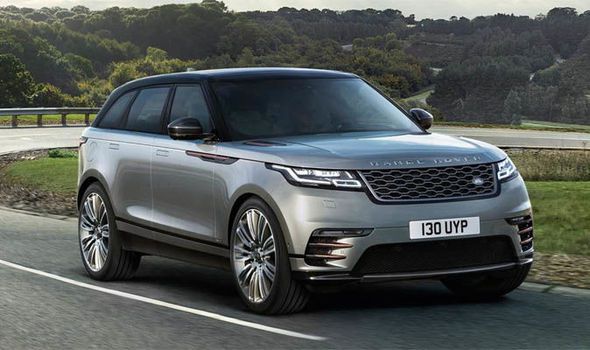 Why not find out what being behind the wheel of the Range Rover Velar feels like.