There’s a lot to like about the new Defender. Here’s just a few reasons… It’s one of the most iconic off-roaders out there – the Land Rover Defender. Ever since the model was first introduced, the rugged 4x4 has been tearing up the countryside for quite some time, and now the new, most advanced version is about to hit the showrooms. Here are the five features you need to know about it…

One of the Defender’s stand-out features has to be simply its design – it’s unmistakably up to date, but also undeniably an ode to its predecessors.  The styling is clean, muscular and perfectly matches its go-anywhere ethos. 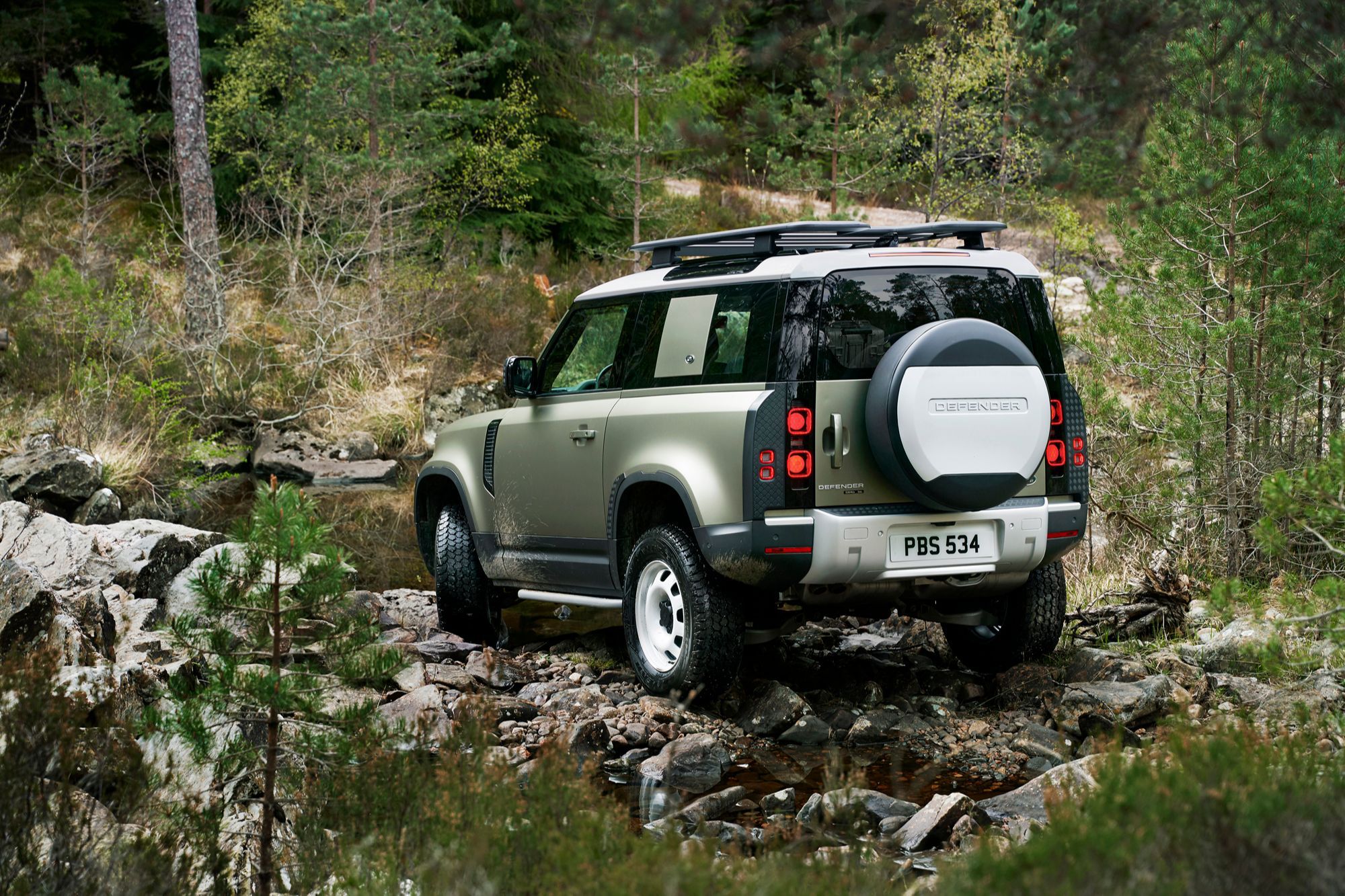 Inside, the Defender’s cabin has definitely been brought bang up to date. Good quality, tough materials are used throughout, as well as the sleek dashboard getting a fantastic 10-inch digital screen. With all this, it’d be easy to assume it had a Range Rover badge. 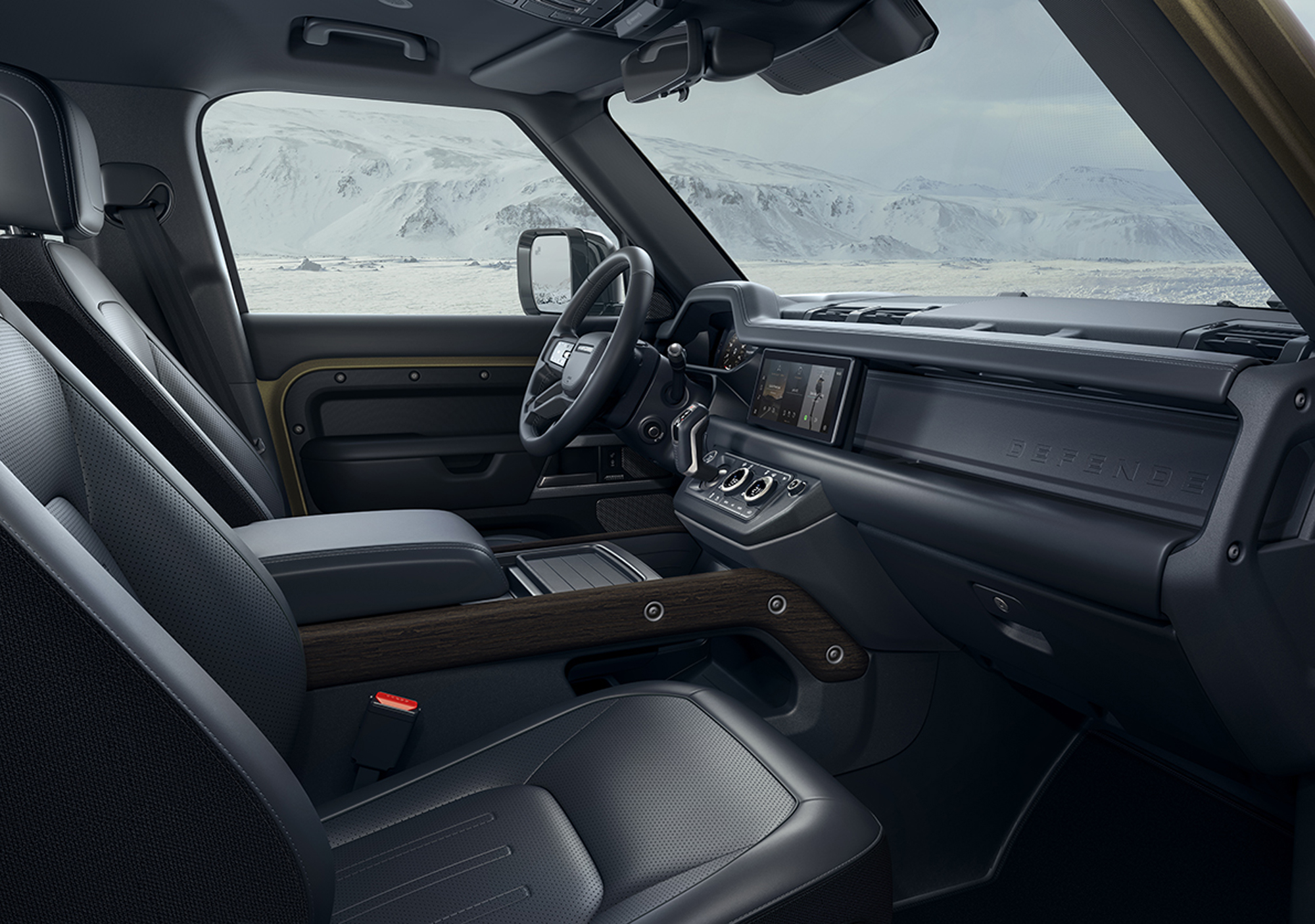 There are a few specifications to choose from with this new generation. Most notably, buyers can choose from either a three-door version, named the 90, or a five-door variant, called the 110 – the latter will be the first to arrive in showrooms, with the former following shortly afterwards. More iterations of the iconic model are sure to come in due course, too. 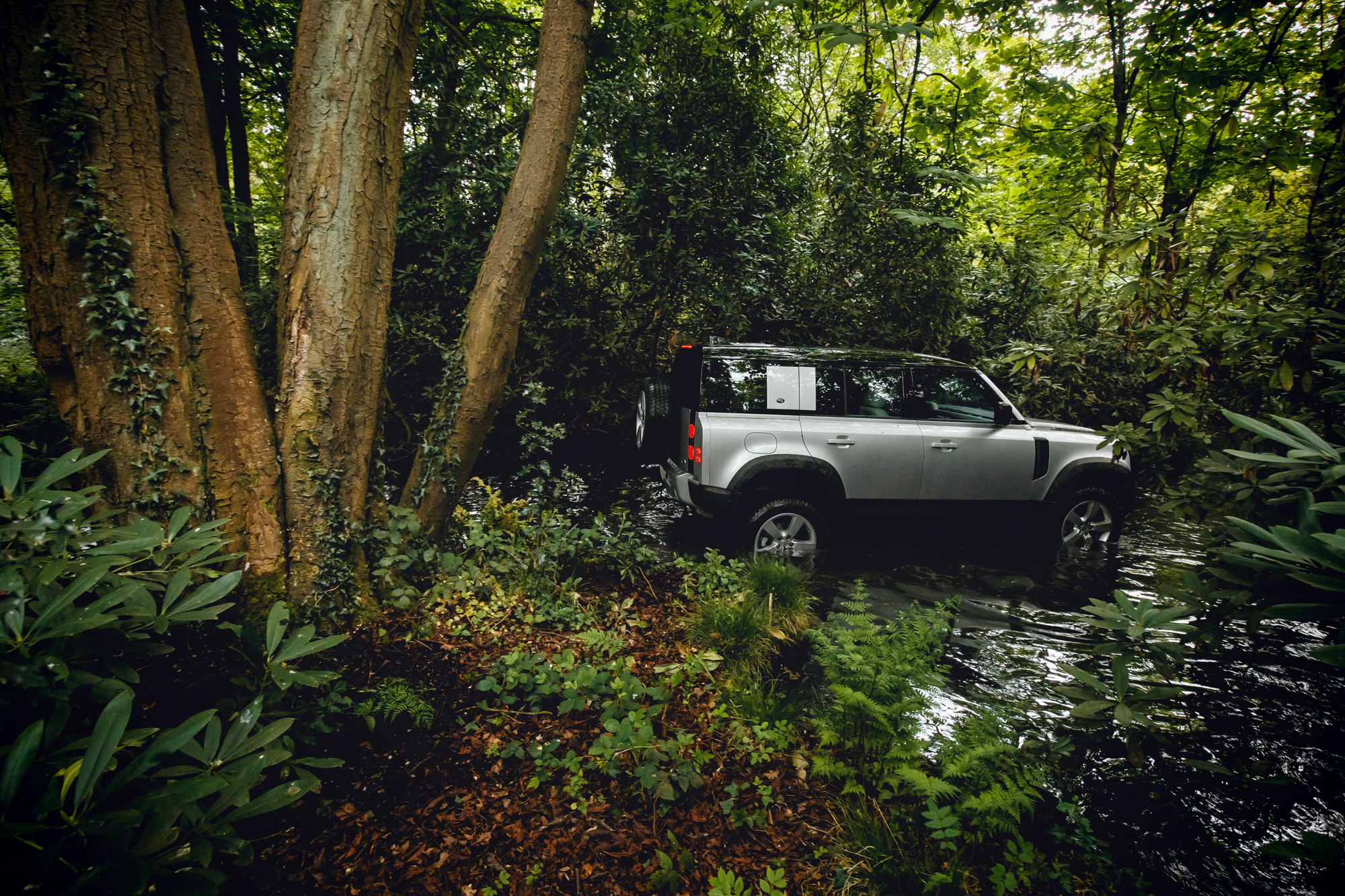 The Defender 110 will be available from £45,240, while the 90 from circa £40,000. For a luxurious SUV that’s set to be one of the best off-roaders on sale, that’s an affordable price to pay once you consider the kit on offer. 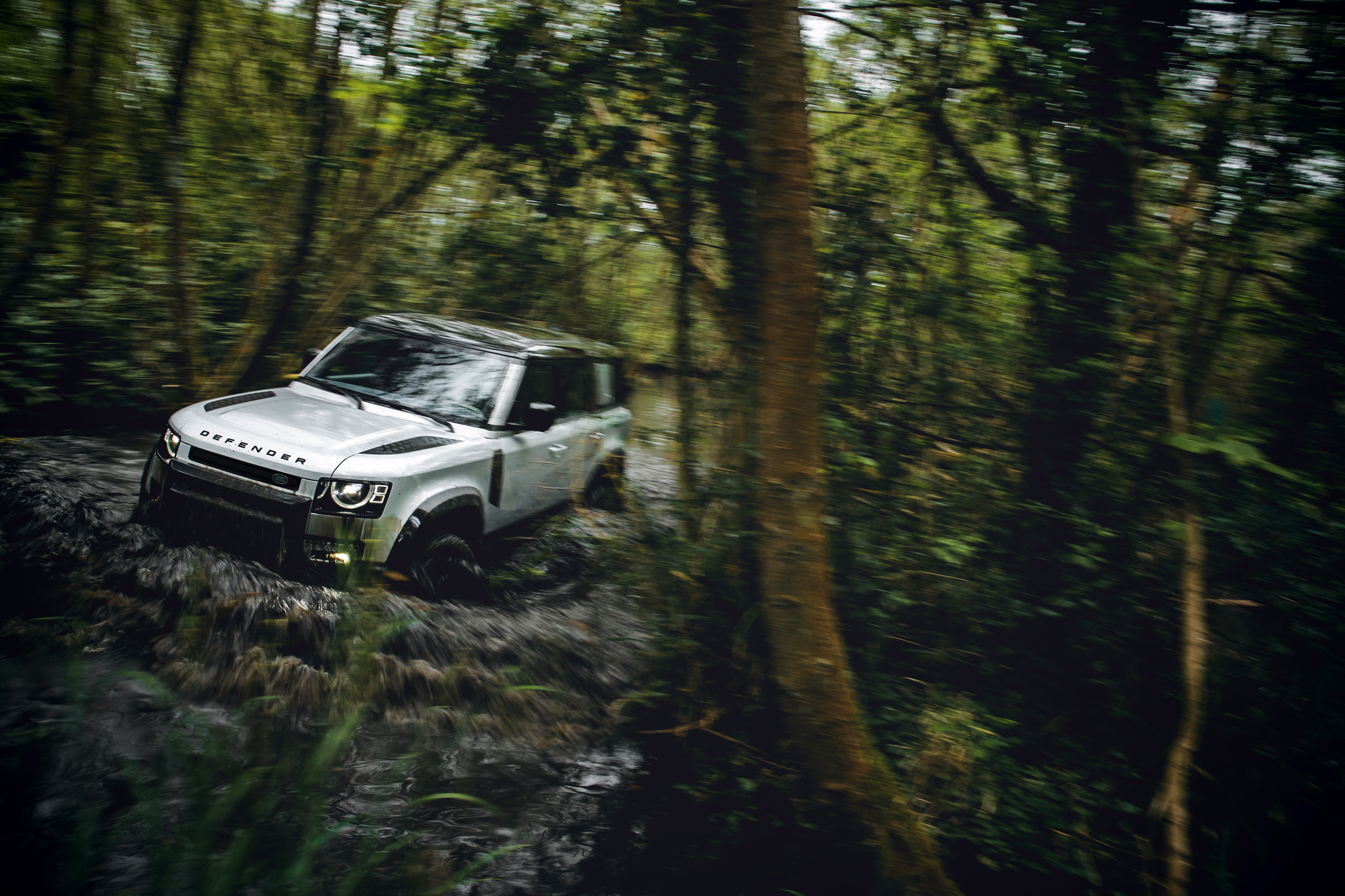 Speaking of how the new Defender copes with tough terrain, things are looking especially good on that front. Not only is the car being produced by a legendary 4x4 manufacturer, notorious for making some of the best off-roaders on the planet, but, in addition to that, it’s easy to tell that a huge focus in developing the car was giving it the ability to go almost anywhere. 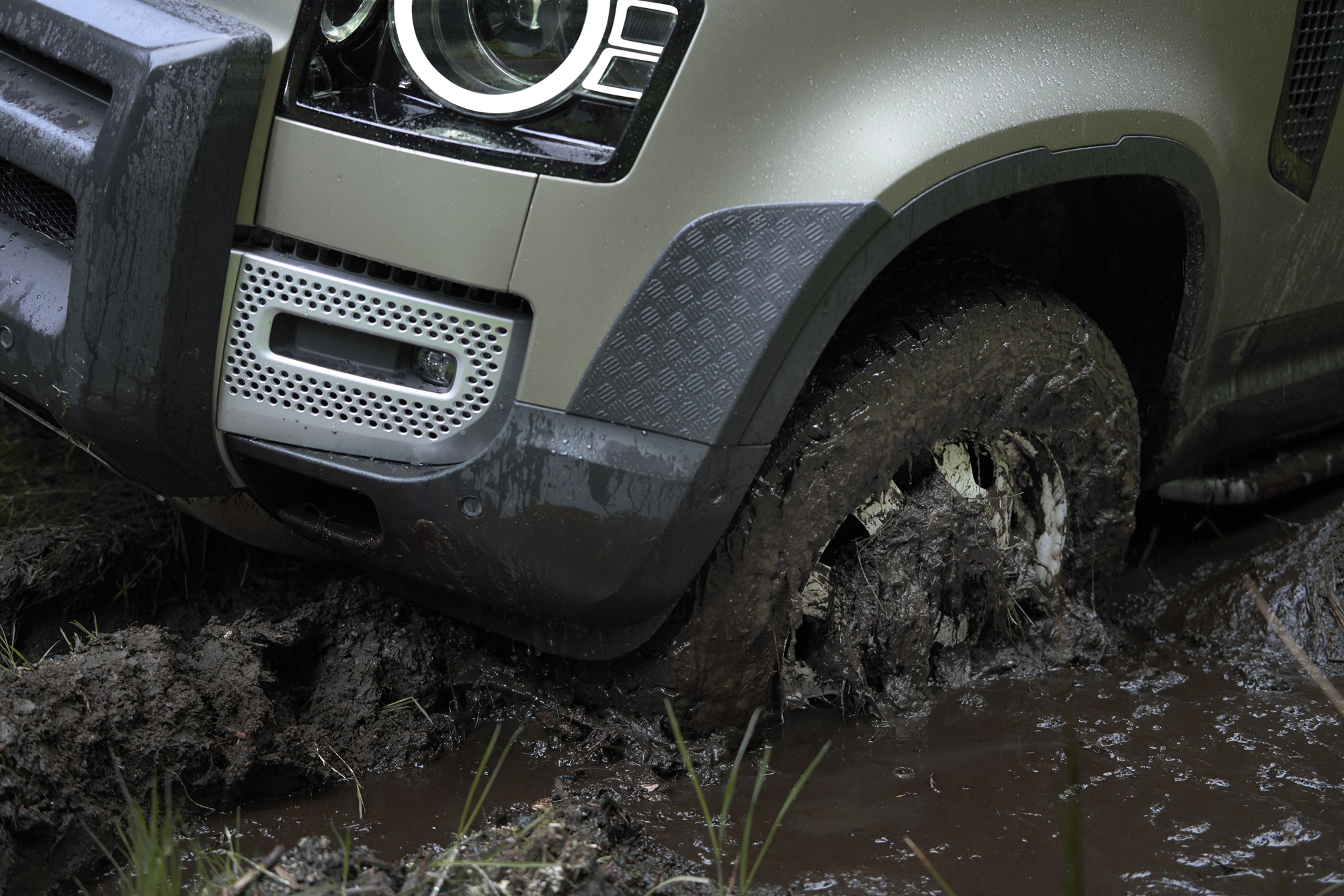 For example, Land Rover says the SUV covered 1.2 million miles across terrain such as the desert, the Arctic and at high altitudes during testing – ensuring it was ready for customers to tackle just about any terrain.