CUPRA has been really making a name for itself here in the UK. Cars like the Formentor and the Born have shown it to have some real character when it comes to building new cars, while models like the one we’re looking at today - the Leon.

CUPRA has been really making a name for itself here in the UK. Cars like the Formentor and the Born have shown it to have some real character when it comes to building new cars, while models like the one we’re looking at today - the Leon - hark back to a time when CUPRA was better known for making go-faster versions of Seat cars.

But can this new CUPRA Leon combine that time-honoured performance ability with the new car tech that buyers love? We’ve been finding out. 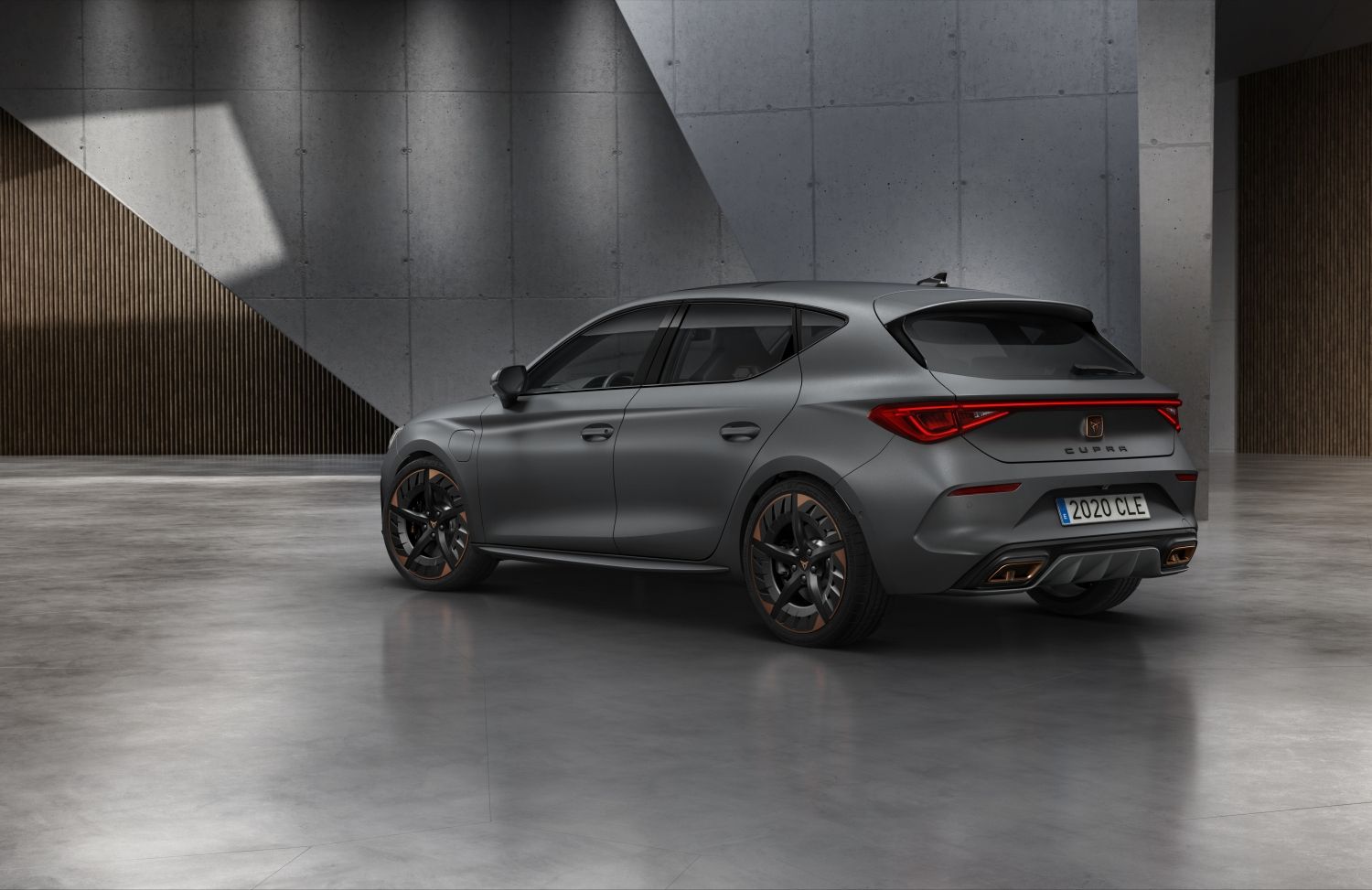 Naturally, this new CUPRA Leon is underpinned by the latest generation of SEAT Leon. Using the same basic architecture as the latest Volkswagen Golf means that it’s packed with new features, as well as displaying more rounded, grown-up exterior proportions.

But, in classic CUPRA fashion, there is a variety of tweaks and upgrades made to the Leon to ensure that it stands out from the crowd.

Performance is the name of the game with the CUPRA Leon’s engines. Even the entry-level unit has 242bhp on offer, while a more powerful version of the 2.0-litre turbocharged engine brings 296bhp. All cars use a seven-speed DSG automatic gearbox, too.

If you’re fancying a more electrified experience then there’s an option for you. There’s the e-Hybrid version, which combines a 1.4-litre turbocharged petrol engine with an electric motor and batteries for a total output of 242bhp. It can manage up to 221.8mpg when fully charged, too.

We’ve tested the Leon with the 296bhp power output, which brings a huge amount of performance and very brisk acceleration. It’s still reasonably efficient considering its output, with CUPRA claiming up to 37.4mpg and CO2 emissions of 171g/km.

The steering is well-weighted and accurate, while the whole car manages to keep superbly level through the bends. Opt for the optional dynamic chassis control and you can adjust the damping to your liking, with the softest setting turning the CUPRA into a very comfortable cruiser. 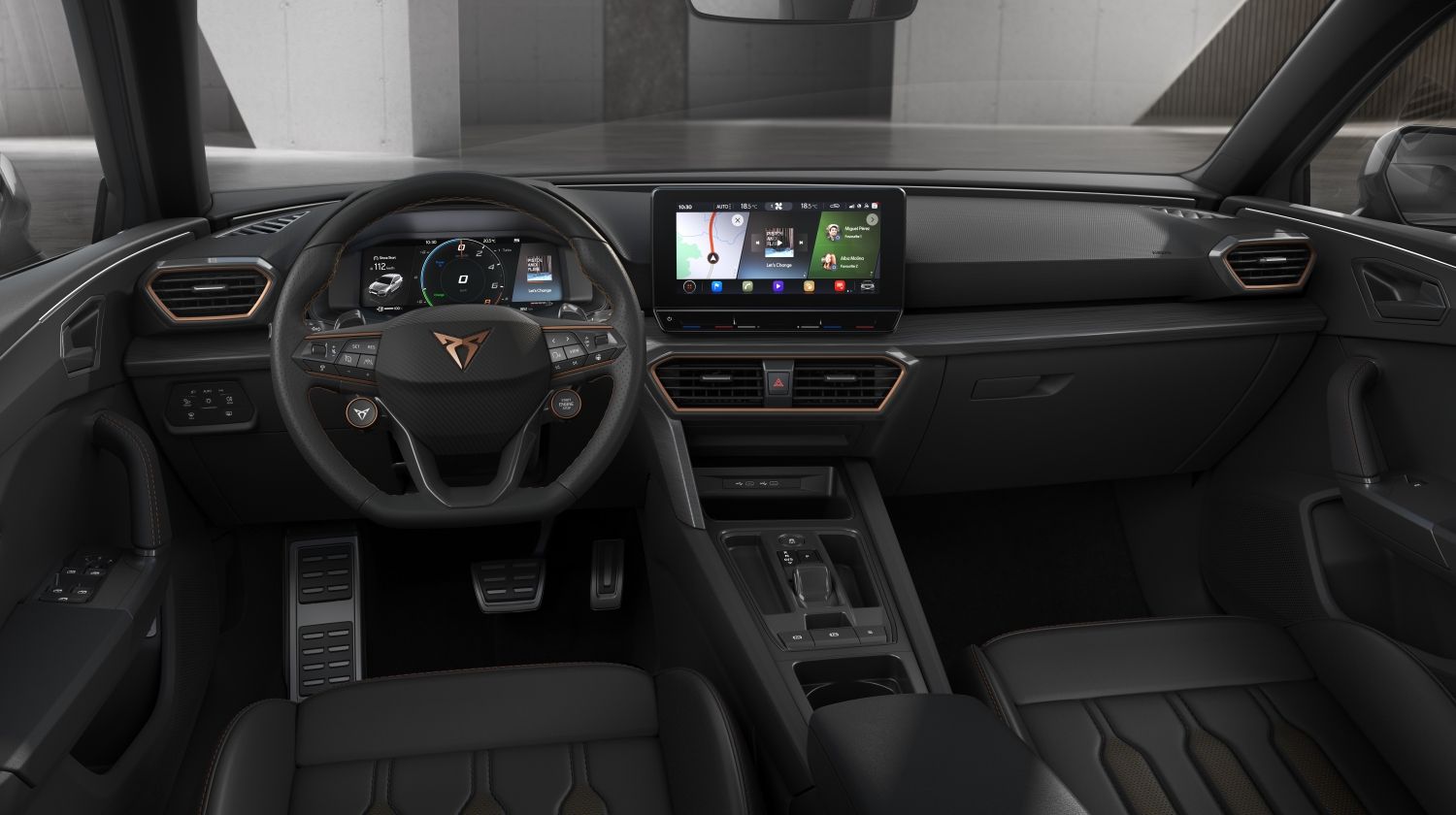 As we’ve already highlighted, CUPRA has added some new touches to make the Leon look a little less Seat-like. There the huge new logo up front, while a variety of copper-coloured highlights - a Cupra trademarket - are placed in select areas, though they’re not as commonplace as on other CUPRA models. Darkened grey accents are more frequently used instead.

At the rear, the quad exhaust outlets give some indication of the car’s performance. It’s a relatively understated look overall, but it’s definitely elevated over the standard Leon.

The latest generation of Leon adopts a very clean and button-free design, with the vast majority of functions and settings operated via the central touchscreen. This does give the whole cabin a clutter-free feel, though it would be nice to see some physical controls for aspects such as the heating and ventilation as they’re easier to use on the move.

However, there’s plenty of space to play with, with the Leon’s 380-litre boot providing plenty of luggage room. If you’re after more, then the estate - with its 620-litre boot - will be the right choice. Bear in mind that if you opt for the plug-in hybrid version that boot space drops to 270 litres as a result of the batteries.

Top-spec VZ3 versions add to this with luxuries like heated seats, 19-inch alloy wheels and wireless phone charging, as well as a seven-speaker sound setup.

The CUPRA name has had a long-time tie in with the Leon and this latest version is just an extension of this successful partnership. It’s good to drive, packed with performance and gets plenty of equipment as standard, too.

The exterior design might be a little too understated for those used to CUPRA’s more flamboyant attitude to looks, but for those after a slightly left-field hot hatch option then the Leon will more than fit the bill.