Jaguar’s F-Pace has been a real hit with buyers, despite its entry into an over-saturated SUV market. The SVR, meanwhile, has held the spot as the most potent F-Pace available, thanks to a supercharged V8 engine.

Jaguar has seen fit to update the SVR - as it has the rest of its entire line-up - sharpening the car’s edge even further. Let’s dive in and see what else it has to offer.

The cabin of the previous F-Pace SVR was already a very pleasant place to be, which is why Jaguar has looked to only make improvements where it felt it needed to. High-end materials such as Alacantara are now used on areas such as the seat and door inserts, while the central storage cubby now receives a full leather cladding.The centre of the cabin has now been tidied up, with fewer buttons than before leading to a cleaner, more user-friendly look.

It’s when it comes to technology that the new F-Pace SVR has taken a real step up. Inside, there’s a new 12.3-inch driver display which relays all key readouts such as speed and engine status to the driver, though it can be configured to show information such as satellite navigation instructions, too. This is bolstered by a new 11.4-inch curved glass touchscreen which runs JLR’s latest Pivi Pro infotainment system. It also incorporates both Apple CarPlay and Android Auto. Thankfully, its practicality remains just the same as before - and just as good - meaning a helpful 650 litres of boot space which can be extended by folding down the rear seats increasing to 1,842 litres of space.

The Jaguar F-Pace SVR has the same space as the standard Jaguar F-Pace which means you get the same comfortable seating and space in the front and back.

The Jaguar F-Pace VR comes with a range of driver assist and safety systems to improve driving experience but to also keep you, passengers and pedestrians. One systems lane departure warning, this system keeps everyone safe as it senses when the car is beginning to drift out of lane and then alerting the driver with visual and vibration feedback.

Another system includes adaptive cruise control with steering assist, this makes your long-distance journeys easier by keeping your vehicle in the lane and keeping a maintained distance from the vehicle in front. 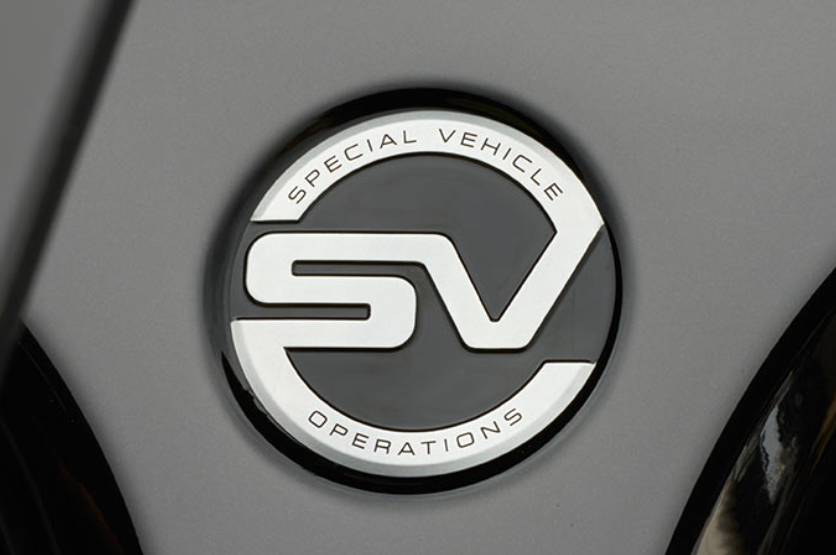 What trim levels are on the Jaguar F-Pace SVR?

​Things are simple with the F-Pace SVR as there’s just one trim line to choose from. However, as it sits atop the F-Pace range, the SVR brings a whole host of standard equipment. Highlights include a full exterior bodykit which transforms the look of the F-Pace, as well as upgraded brakes and 21-inch forged alloy wheels with a contrast finish.

Inside, the full infotainment suite is fitted as standard, but you also get an electrically adjustable steering column, heated rear seats and SVR luxury carpet mats - among a whole variety of other features.

Jaguar has tweaked the outside look of the F-Pace SVR, bringing a revised bumper design which incorporates blade-like elements and a large front intake which, as well as changing the look of the car, helps to improve airflow to the engine.

At the rear of the car, you’ll find redesigned lights which use a ‘double chichane’ graphic first used on the firm’s I-Pace electric car. 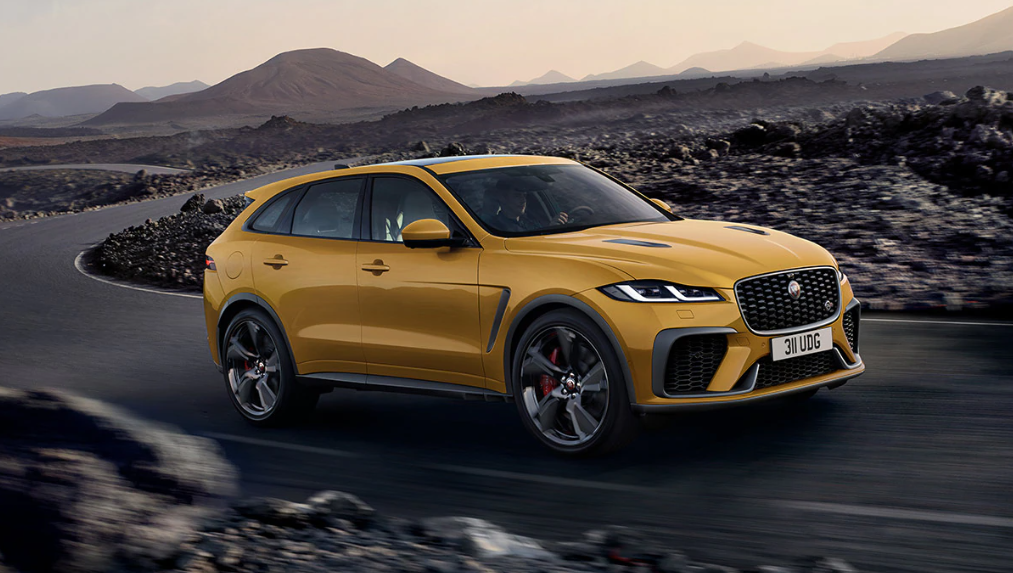 Jaguar has a longstanding reputation for creating some seriously impressive sports cars and its Special Vehicle Operations team has an equally impressive history for pushing the boundaries even further.

Jaguar has a longstanding reputation for creating some seriously impressive sports cars and its Special Vehicle Operations team has an equally impressive history for pushing the boundaries even further. However, even with such a rich history of making go-faster models, making a performance SUV is always a challenge. However, the original F-Pace SVR won many plaudits. The interior lacked the finish of rivals, but its driving characteristics by far exceeded those offered by rivals. Now, Jaguar has updated it to address the former issue, without losing any of the latter. We’ve been finding out what it’s like.

Jaguar hasn’t lost focus on the dynamic edge that the F-Pace SVR always had, which is why it has increased the amount of torque it produces while beefing up its braking performance and retuning the steering.Outside, there are ‘motorsport-inspired’ touches that help to reduce lift by 35 per cent, while new LED headlights and taillights certainly give the F-Pace more of a high-tech appearance.

It’ll come as little surprise to see that the F-Pace SVR retains the previous car’s excellent 5.0-litre supercharged V8 engine. It packs a whopping 542bhp and 700Nm of torque - up 20Nm on the older car - which helps to power it to 60mph in just 3.8 seconds and onwards to a top speed of 178mph.Naturally, it isn’t the most economical of engines. Jaguar claims a combined fuel consumption figure of 23.1mpg and CO2 emissions of 275g/km.

Much like the standard F-Pace, one of the first impressions you get from the SVR is simply how comfortable it is. The cabin feels spacious and the seating position lofty and commanding, while that brute of an engine settles into the background - until you get a little more confident with the throttle, that is. Switching into dynamic mode changes the whole attitude of the car. It encourages you to make more of the corners and whereas the old model tended to list a bit in the bends, this new version feels far more composed. This is a weighty SUV after all and should be treated as such, but the SVR is a lot more dynamic than you might expect from a car of this size.

The F-Pace is already a very handsome SUV and this SVR version only builds on this. However, one of the most notable aspects of this performance F-Pace’s design is simply how subtle it is. Of course, there are bonnet vents and large air intakes, but these are incorporated well into the overall design of the car. Even the brake cooling ducts are tucked subtly behind the front wheels to make them appear more like an accent rather than a functioning component. It’s inside where the majority of the noticeable changes have taken place. The fitment of JLR’s latest Pivi Pro system is one of the biggest edits, with the 11.4-inch high-definition touchscreen giving a real boost to the F-Pace’s technology levels. You still get physical buttons for aspects such as the heating controls, however, meaning you get a good blend of old- and new-school features. The SVR also features excellent bucket seats and all manner of SVR-branded extras. A highlight is the gear selector, which has a really high-quality design.

There’s just a single specification level for the SVR, with prices starting at £77,595. For this, you get all manner of mechanical upgrades such as torque vectoring by braking, red brake callipers, active all-wheel-drive with SVO-tuned dynamics and a switchable exhaust system. In-car equipment includes a panoramic roof, 3D surround camera, LED headlights and that full Pivi Pro infotainment system which also includes both Apple CarPlay and Android Auto.

We’ve already been mightily impressed by the updates applied to the regular F-Pace, so the SVR had an excellent platform to build from right away. The cabin is a hugely important upgrade given the overall cost of the car, but it’s also how well the SVR drives and steers that makes such an impact. Though it’s able to perform as well as the best of them, this F-Pace SVR is also relaxed and refined when you need to be - making it a real best of both worlds SUV. Though the premium markets are largely dominated by German brands, Jaguar has come out fighting with its revamped F-Pace. Though it’s a car which has always punched above its weight, these major improvements mean that the gap between Jaguar and its competitors has been comprehensively closed.